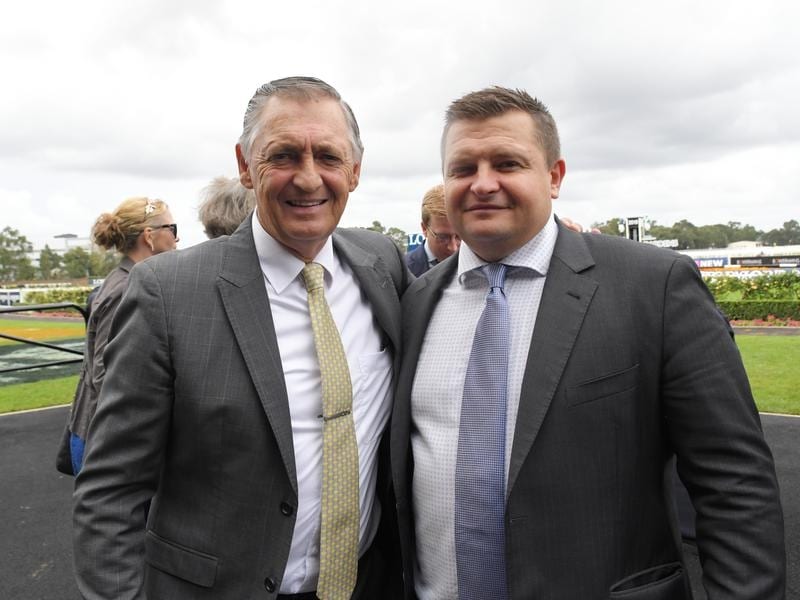 Sydney’s weather will determine the hand Peter and Paul Snowden play when the new racing season gets underway at Randwick with at least two of their team in doubt to run on a heavy track.

Randwick was rated in that range on Thursday and if conditions don’t improve, Convinced and Napoleon Solo are unlikely to start.

That would leave consistent gelding Charretera and stakes winner Sangria to attempt to replicate the stable’s feat of kick-starting a sparkling 2019-20 term with a winning double.

The Snowdens won the first two races at the corresponding meeting last year with Mandela and Misteed, and both Sangria and Charretera sit high in early markets for their respective assignments.

Sangria resumes in Saturday’s ATC Thank You Stable Staff Handicap (1100m) following an experimental autumn in which she was tested at Group level.

Still raw, the filly struggled to match strides with the likes of Flit and Rubisaki but gave a glimpse of her promise with a stakes win in Melbourne.

“Physically she’s stronger but mentally she has to get a lot out of what she did last time going away,” Peter Snowden said.

“She won a stakes race at Flemington down the straight so it was a big learning curve for her last prep.

“We threw her in the deep end a couple of times in races, but I feel she will make a place for herself now she’s turning four and there’s some more black-type coming up for her.”

Saturday’s race shapes as an ideal campaign starting point for Sangria, who unusually for a Snowden-trained horse was given a barrier trial in the same week she is competing.

She won it comfortably for race jockey Tommy Berry and Snowden says the additional fitness is important for the horse.

“Her style of racing, she is just full-on so they gas out quick if they’re not fit,” Snowden said.

“I just gave her a soft trial but it was a really good trial. She towed Tommy the whole way and was keen to do more, so it’s good to see and she’s in good order.”

Having finished third at all three runs this preparation, Charretera will tackle the ATC Thank You Owners Handicap (1400m) in search of an overdue win.

The gelding has not raced since doing his best work late in a leader-dominated race at Randwick on July 11 and has been placed in four of his five starts on heavy ground.