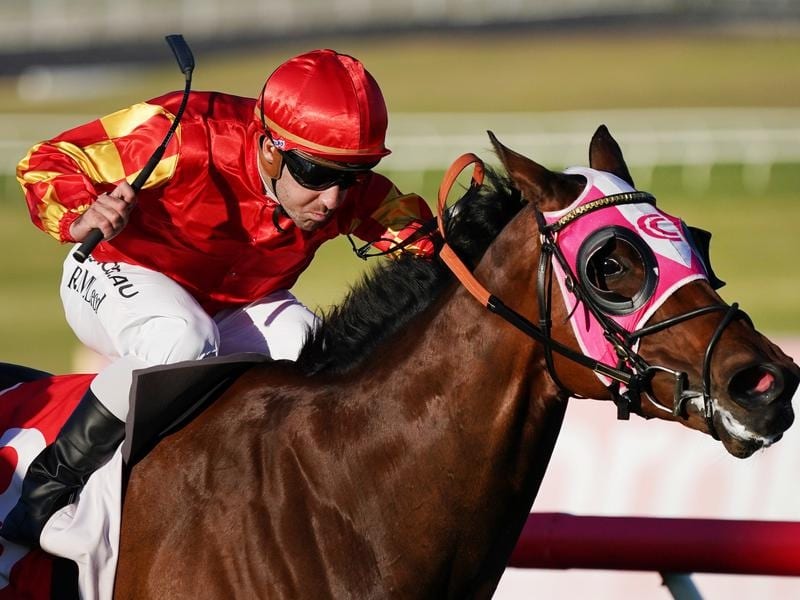 Developed in consultation with the Victorian Jockeys’ Association, the guidelines come into effect at the start of the new racing season on August 1 and set out the penalties that can be imposed by stewards.

While minimums have been implemented, the final penalties will remain at the discretion of stewards.

Higher fines and possibly lengthier suspensions may be imposed in Group or feature races, while penalties may also increase if a rider has a poor record.

Jamie Stier, RV’s head of Integrity Services, said breaches of the whip rule had garnered much debate in recent times.

“It is important to note these guidelines reflect the minimum starting point for considerations on penalties to be imposed and the stewards will ultimately deliver penalties they feel are appropriate in all the circumstances to encourage compliance to the rules,” Stier said.

The whip rule permits five strikes before the 100m mark and then unlimited use to the winning post.

A fine will be imposed for one strike over before a seven meeting suspension and a fine comes in for two strikes over, increasing to a 15 meeting ban and fine for 10 strikes over.

However, stewards will consider a different range of penalties if the strikes in total are less than 15, starting with a fine for four strikes over, and less than 12 in total, before adding a suspension if the rider is four over and between 13 and 15 in all.