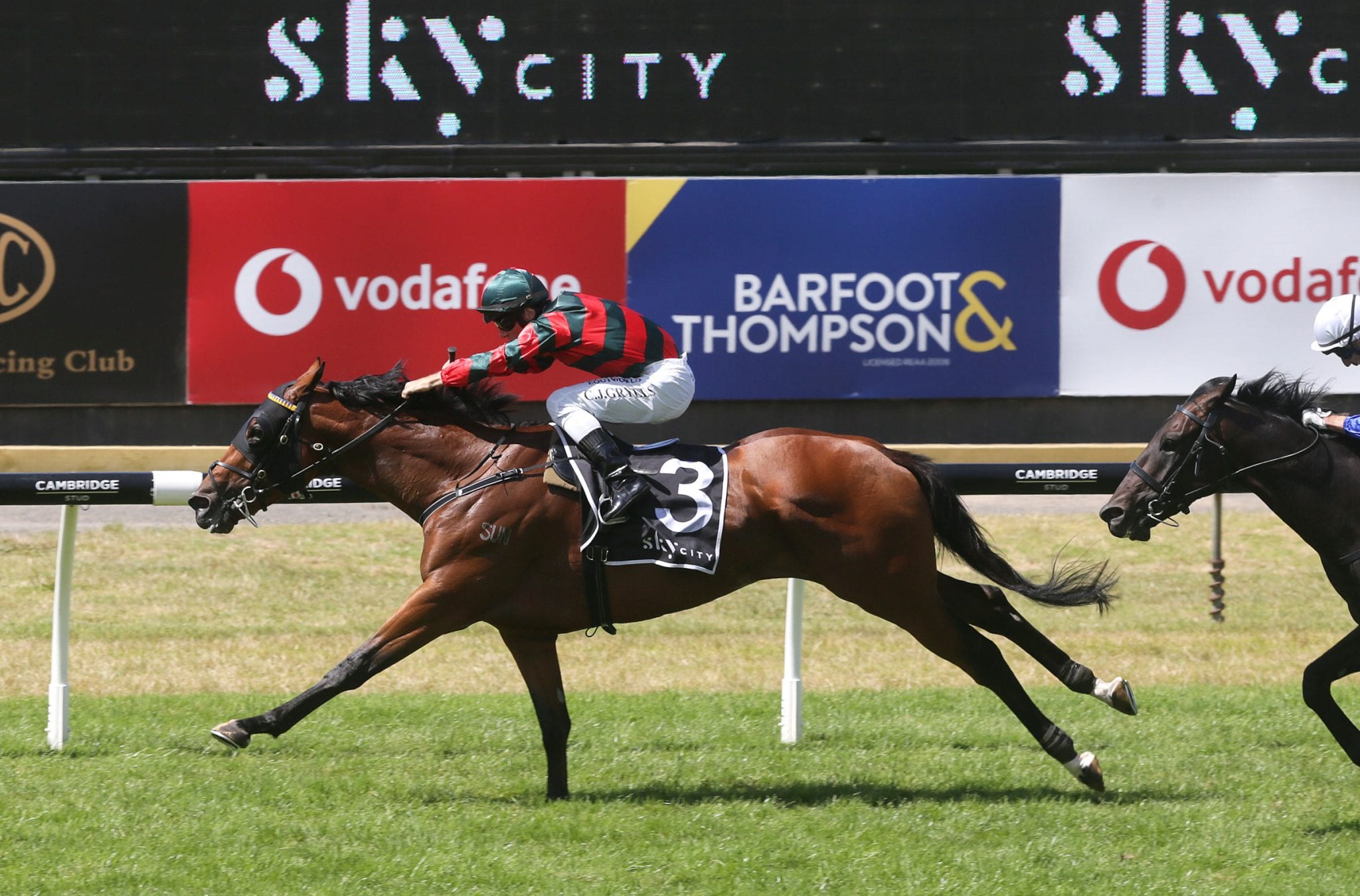 Making his first start since a close fifth behind Aegon in the Group 1 New Zealand 2000 Guineas (1600m) at Riccarton in early November, Rocket Spade raced keenly but took up a comfortable position in seventh, one off the rail.

The colt travelled boldly just behind the leaders rounding the home turn, and he lengthened stride stylishly when jockey Craig Grylls pushed the button in the straight. Rocket Spade swept to the front and went clear, beating the strong-finishing Jason Belltree by three-quarters of a length.

“He’s a classy animal,” Grylls said. “We got into a pretty good spot. He just wanted to throw his head around a little bit, but he was travelling so well. I didn’t want to get to the front too early, but he was just going so easily that I couldn’t really help it.

“He hasn’t raced since the 2000 Guineas, so for him to produce this performance over 1600m today is a great training performance by Lance and Andrew. Being first-up today, he’s going to have a lot of improvement in him, and he gives me the feel of a stayer.”

By Fastnet Rock out of a stakes-placed half-sister to multiple Group 1 winner Soriano, Rocket Spade has now won two of his five starts. As well as his creditable performance in the 2000 Guineas, he also ran second behind the highly talented Not An Option at Matamata and finished fourth in the Group 2 James and Annie Sarten Memorial (1400m).

“This is really good for the owners, who won the same race last year with Dragon Leap,” O’Sullivan said. “Hermitage have been great supporters of Wexford Stables for the last five years or so. We’re very fortunate to have the opportunity to go to the sales every year and buy a horse or two for them. It’s great when those horses come out and win nice races.”

The TAB reacted to Friday’s win by moving Rocket Spade into +700 third favouritism for the Group 1 Vodafone New Zealand Derby (2400m) in March. The market is headed by Aegon and Brando, who are both rated +500 chances.

“This is a good horse and he’s bred to run a mile and a half, so we’re looking forward to getting him up over ground,” O’Sullivan said. “He doesn’t have as much acceleration as Dragon Leap, but he might have a bit more stamina and could be more suited to the Derby trip.”

There was no such luck for the Rocket Spade owner-trainer team in the next race on the card, the Group 2 Rich Hill Mile (1600m), in which Cha Siu Bao finished ninth after missing the start badly.