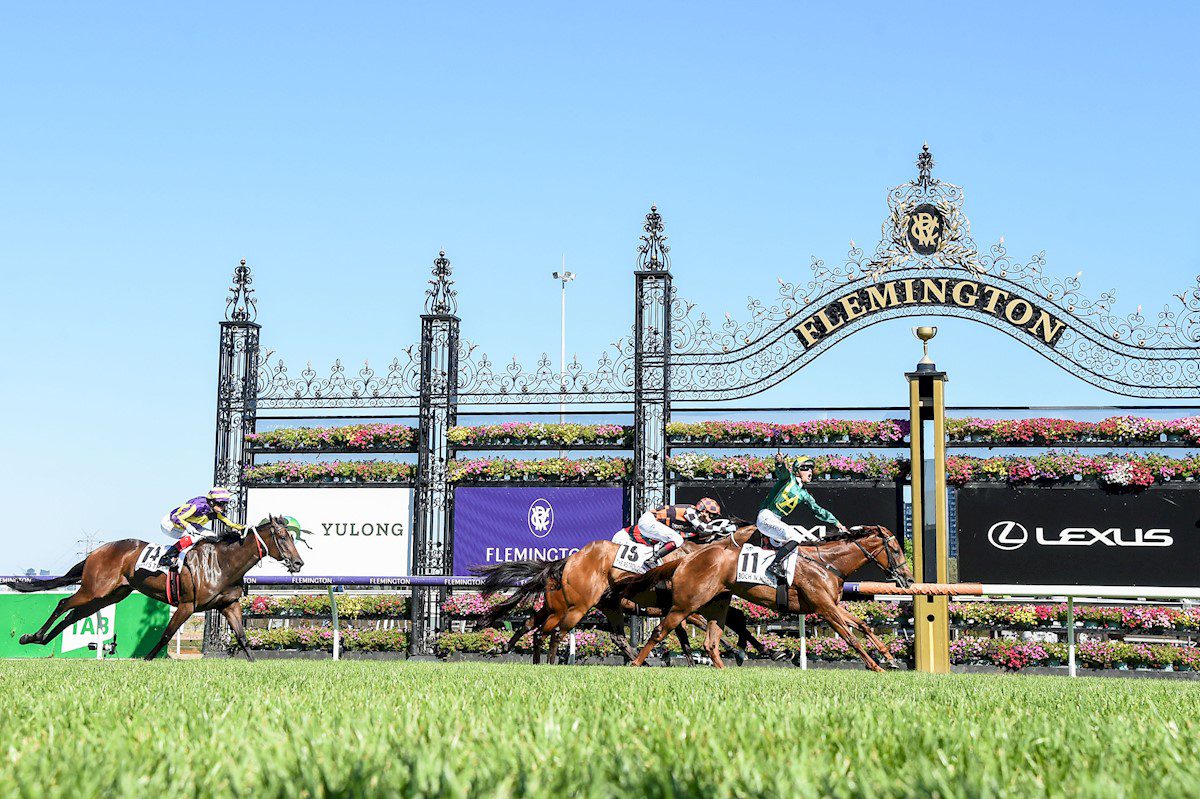 The daughter of Per Incanto was making her Australian debut after being runner-up in the Group 1 Telegraph Stakes (1200m) at Trentham last start.

The win was the first Group 1 victory for jockey Patrick Moloney who showed how much the win meant with his celebrations going over finish line.

The field split in two groups soon after the start, with much of the field finding a passage towards the outside fence. Maloney stuck to the inside part of the straight though after jumping from barrier three.

The Moroney-trained mare didn’t show a lot of early speed, but Moloney got going on her early to put her in a winning position.

The five-year-old mare, who paid $101 with online bookmakers, fought her way past The Astrologist and September Run who run second and third respectively. The top three finishers all coming down the inside section of the track.

Moroney said that the mare had not long arrived at his Flemington stables.

“She settled in well, trialled really well and been pretty luckless not to win a Group 1 before now really,” Moroney told Racing.com in a post-race interview.

The Flemington trainer indicated that perhaps the punters had underestimated the sprint form from across the Tasman.

“I thought the New Zealand sprinters were up to it. A lot of people didn’t think that they were, but I was pretty sure what I’d seen there that they were.”

The Kiwi mare hasn’t had an easy path to her first Group 1 victory though.

“She injured herself as a young horse and she didn’t get to the races until she was an older horse. She hasn’t been straight forward.”

Moroney was full of praise for Moloney who had previously been a stable jockey for him.

“Always believed in Patrick, an absolute champion guy,” he said.

An emotional Moloney was grateful to his family after the win.

“My fiancée Jess is down here, I don’t think she’s ever seen me cry,” he said.

“It’s more for my family, [they’ve] put a lot of effort in behind me getting me to where I am today.

“This one’s just as much for dad as it is for me. My biggest supporter, my biggest critic, but he’s my best mate.”

Moloney indicated that he had reason to be confident before the race.

“She was in the zone. She waltzed out of the yard, had a strut to her.”