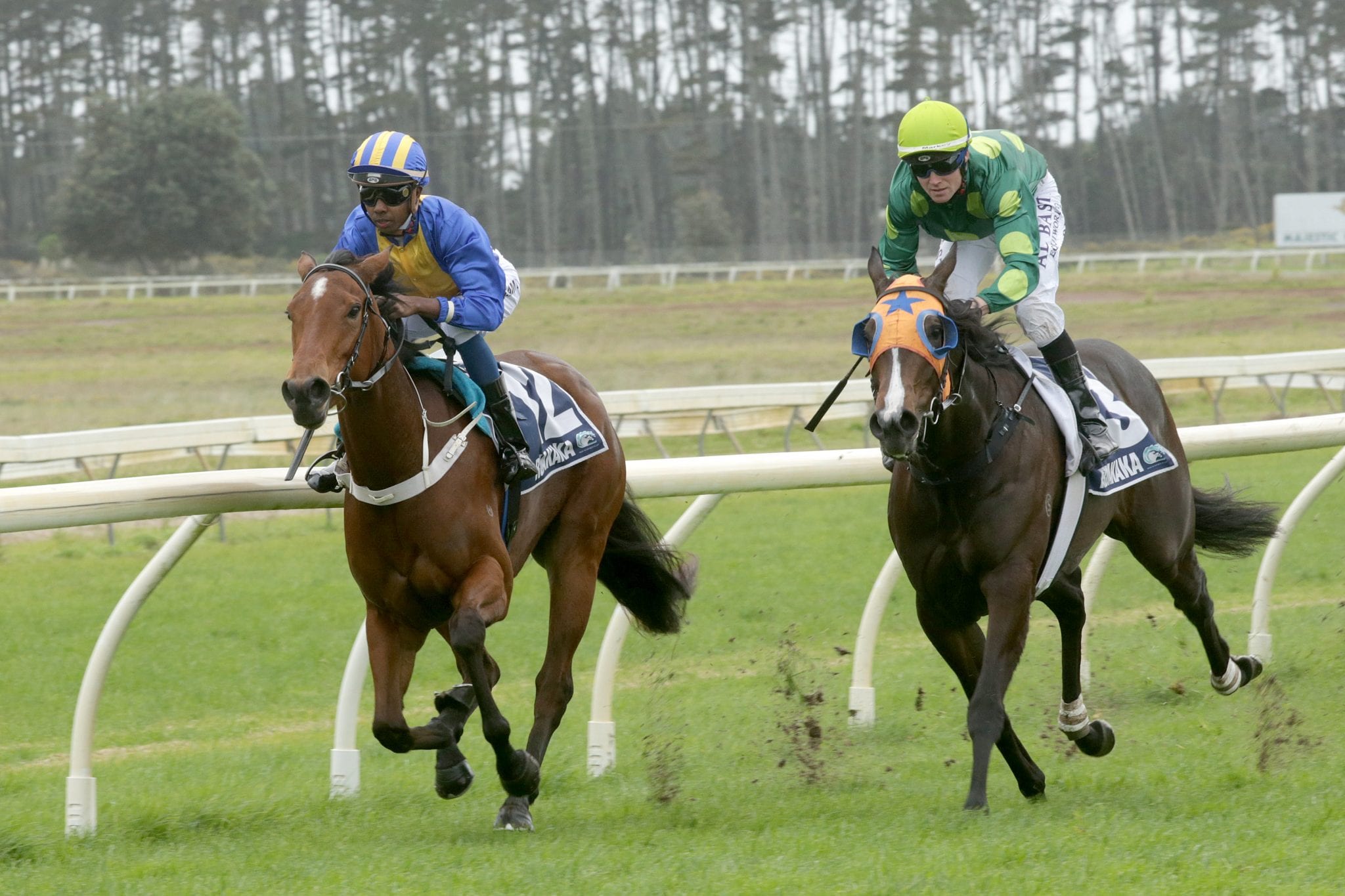 Trainer Shaune Ritchie’s decision to base a number of the members of his Cambridge stable at Ruakaka over the past few weeks paid immediate dividends on Sunday when promising filly Tumbleweed led all the way over 1200m to break her maiden status.

The Super Easy filly had looked to have plenty of potential when finishing second behind the ultra-impressive Annie’s Song at the venue back in mid-July, to cap off a two-year-old campaign that saw her also finish fifth in the Group 3 Woburn Farm 2YO Classic (1200m) at New Plymouth. Rated beautifully by in-form apprentice Ashvin Goindasamy, Tumbleweed never gave her maiden rivals a look in as she bounced straight to the front from a midfield barrier and dictated throughout.

Hotly challenged by the well-favoured Romantic Lady in the closing stages, Tumbleweed fought gamely to score by half a length with Lake Superior finishing off strongly to grab third. “She was a bit unlucky not to finish closer last time and the 1200m today suited,” Ritchie said. “She copped a couple of decent checks when she finsished second at her most recent start, so she deserved to get a clean run and I thought Ashvin did a good job.

“The three-year-old fillies don’t have a great record against the older maidens at this time of the year so the three-kilo claim was a great help and he rode her with plenty of confidence. “She has been up here for a week or so and that experience also played in her favour as she had had a chance to gallop on the track and to familiarise herself with the surroundings.”

Ritchie will now map out a programme for the well-related filly who hails from the family of Group One performers Gee I Jane, Katie Lee and Banchee. “I think at this stage she might be a notch below our best three-year-old fillies so we will just take her quietly through the grades,” he said. “With a bit of time and some more maturity on her I think she will be an ideal type to take down to the South Island for some of those races like the Gore Guineas (Listed, 1335m), so that’s the longer-term plan for her.”