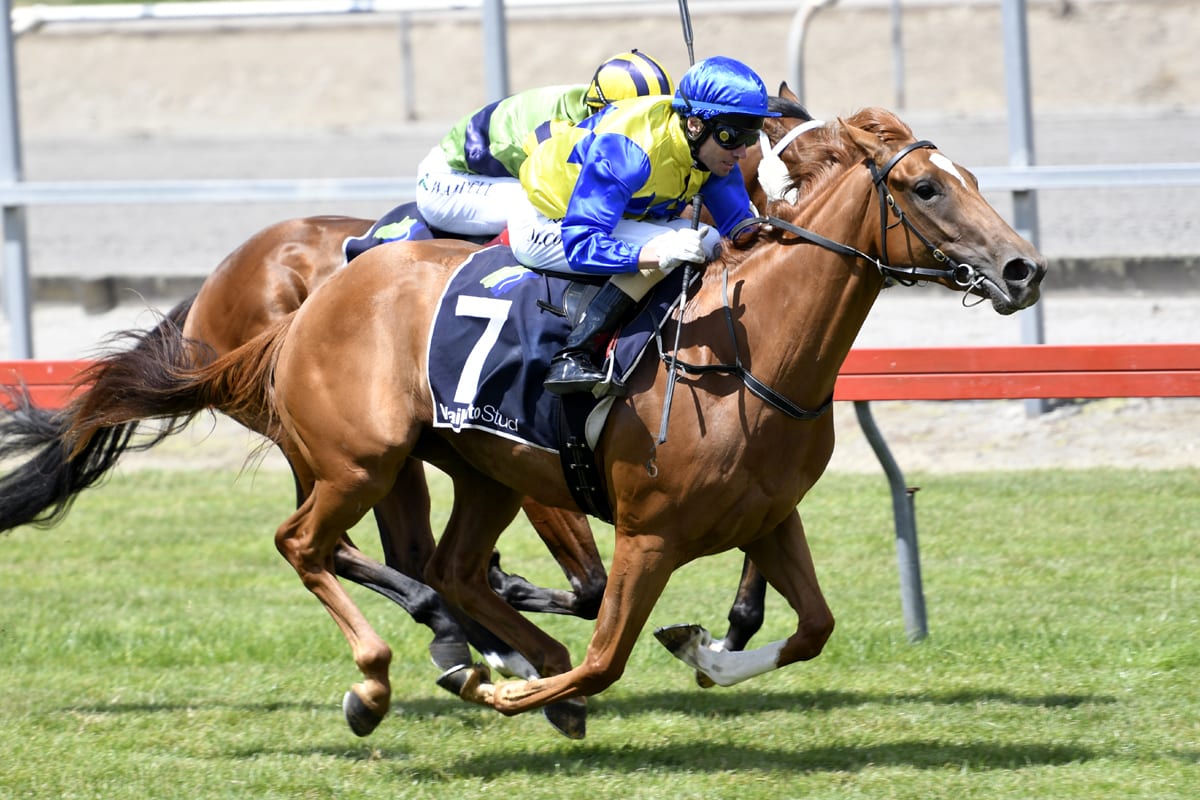 Cambridge trainer Shaun Ritchie is hoping that Monday’s Group 2 James and Annie Sarten Memorial Stakes (1400m) at Te Rapa will provide him with confirmation of a stable double act in a Group 1 classic in Christchurch next month.

Ritchie will produce Bella Mente at Te Rapa, with the lightly raced El Roca filly looking to book her place in the Group 1 gavelhouse.com New Zealand 1000 Guineas (1600m) at Riccarton on November 16 alongside stablemate Jennifer Eccles.

A barnstorming finish for third behind Travelling Light and Bavella in the Group 3 Barneswood Farm Soliloquy Stakes (1400m) at Ellerslie on Saturday was all the evidence Ritchie needed to confirm Jennifer Eccles as Riccarton-bound. He is confident that Bella Mente can do the same on Monday after her track gallops alongside her stablemate in the past fortnight have been equally as impressive. “She (Bella Mente) has really come on since her last race and she has been working the place down with Jennifer Eccles,” Ritchie said. “I know it’s a cliché, but there really is nothing between them so if Bella Mente can do what her barn mate did at Ellerslie, then I expect her to be tough to beat in the Sarten.”

Group 1 placed in the Manawatu Sires’ Produce Stakes (1400m) at Awapuni as a two-year-old, Bella Mente kicked off her latest campaign with a lack-lustre performance over 1200m at Ruakaka where it was subsequently revealed she had suffered a heart fibrillation during the race. Ritchie is confident she is well over the setback and is on track for Riccarton after a producing a strong finish for second over 1200m at Te Rapa at her next start. “She had the unfortunate problem at Ruakaka first-up but she has bounced back well from that,” he said.

“Given she didn’t really have a race there, it was no surprise she got beaten at her next run as she went up to win at the 100m but just a lack of hard fitness told in the last few strides and she couldn’t quite pick up the winner that day. “She has thrived since then and is on the up for Monday and beyond. “The key to her is that she needs good ground so we’re hoping the rain holds off and she can get a decent surface.”

Ritchie also believes Bella Mente’s wide barrier (13) could be an assistance at Te Rapa although he is hopeful his luck will change for both her and Jennifer Eccles, who also drew wide at Ellerslie. “We just don’t seem to be having any luck with the barriers of late,” he said. “Both of our fillies have very good tactical speed but we have had to ride them back due to those wide draws. “In some ways it has helped us as they have both produced good closing sectionals which suggests that the step up to 1600m won’t be a problem.

“There looks to be plenty of early speed in the Sarten so I’m hopeful we can get a sit somewhere and have the last shot at them. “With what we saw at Ellerslie and Riccarton on Saturday and Kali last week at Ashburton, there looks like there might be five or six main chances for the 1000 Guineas and I think my pair can be rated amongst them which is something special leading into a Group 1.”