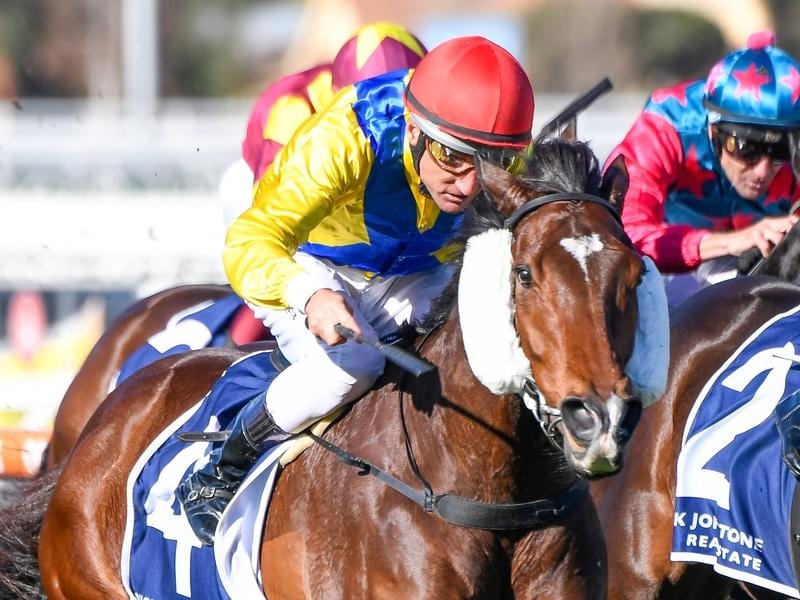 Right You Are is showing the signs of a potential stayer after adding to his winning sequence with a fighting win at Caulfield.

The Mick Price and Mick Kent Jr galloper is unbeaten at his past three starts after taking out the Nick Johnstone Real Estate Handicap on Saturday.

A three-year-old, Right You Are is the son of dual Cox Plate winner So You Think from Geelong Cup winner Leica Ding and Saturday’s 1600m journey is the longest trip he has been tested at.

But Price is looking to the day he can stretch Right You Are out in journey, whether that is at his next start, or after one more 1600m.

“He’s got a bit to learn so I think we’ll just take him through the grades to capitalise on these $100,000 races and make a horse out of him,” Price said.

“He settles beautifully for 2000 metres and I think that’s when you’ll see the best part of him.”

With uncertainty over the shape of the spring carnival, Price is unsure how a program will unfold for the rising four-year-old.

But Price said there was still time before the spring to get more racing into Right You Are who was having only his fifth start on Saturday.

“We’ve got the half-sister by Zoustar so we’re a bit conscious of making some value for her by getting him black-type,” Price said.

“He’s got more improvement to come and I think he’s an interesting horse.”

Price was delighted with the performance of the runner-up Librate who was taking on the “boys” and giving the majority of her rivals weight.

The co-trainer is also looking forward to stepping Librate up to 2000m.

“Hopefully the two of them don’t have to meet again for her sake, but they’re both nice horses doing a good job,” Price said.

Victories with Tavisan and Heptagon gave Price and Kent Jr a treble for the afternoon after securing a winning double at Flemington last week.