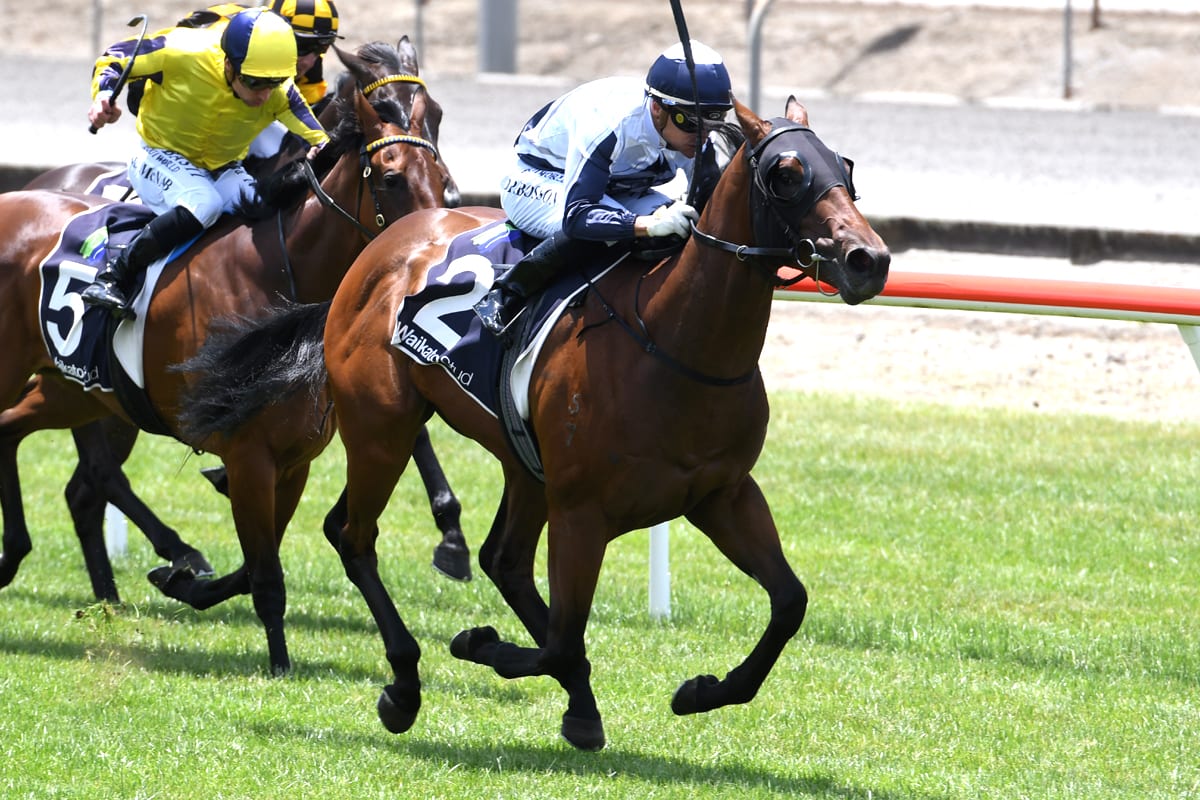 Trainer Jamie Richards’ pre-race comments were spot on the mark at Matamata on Saturday when speaking about debutant runner Yourpoint. Richards revealed the stable had plenty of time for the Bull Point gelding and was confident of a bold performance despite the reputations of several of his two-year-old rivals in the 1200m contest.

Although rider Opie Bosson had been instructed to go forward from an outside barrier if possible, he had to switch to Plan B when trapped wide in the early running on a hot speed set up by the well fancied Jamieson’s Tipple and Vernazza.

Bosson balanced his mount up rounding the home bend and with a flick of the whip as encouragement, Yourpoint let down with a powerful burst that carried him past another local runner in Escudo to win comfortably by two lengths. “It probably is the way to ride him, let him get back and then join in,” Richards said. “He worries you a little as he hit a flat spot at the top of the straight but when he has his mind on the job, he is well above average.”

With Yourpoint holding a nomination for the $1m Karaka Million 2YO (1200m) at Ellerslie on January 25, Richards is keen to give his charge every opportunity to make his way into the field with Saturday’s $6,250 winner’s cheque not enough to qualify him in the top fourteen for the race at present. “It’s not going to be enough to qualify this year so we’re going to have to go again,” he said. “That will be at Ellerslie in the middle of January. “We’ve got to give him the opportunity as he’s going well although, what ever he does, he is going to continue to get better.”

Yourpoint races in the familiar colours of owners Chris Rutten, John Norwood and Rod Preston who raced dual Group 1 winning juvenile Yourdeel from the Richards stable last season before selling him to clients of the David and Ben Hayes and Tom Dabernig stable in Australia.

Rutten purchased Yourpoint for $100,000 from the Brighthill Farm draft during the Book 1 session at the 2019 National Yearling Sale series at Karaka. He is the first foal of Snitzel mare Dollhouse and hails from a family that includes dual Group 1 winner Chortle and Group 1 New Zealand Thoroughbred Breeders’ Stakes (1600m) winner Rockabubble.