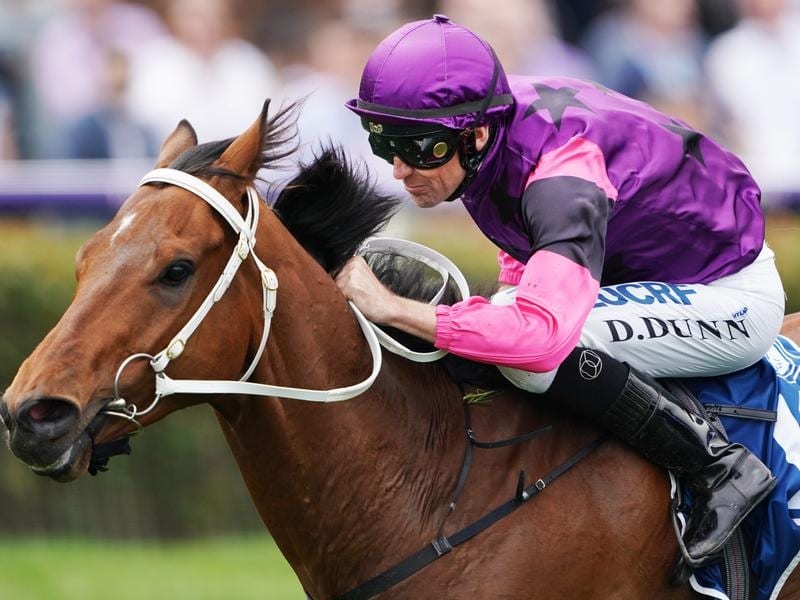 Trainer Shawn Mathrick’s confidence in Rich Itch has been rewarded in the Listed Paris Lane Stakes at Flemington.

Stepping up to 1400m for the first time in Saturday’s race, four-year-old gelding Rich Itch ($15) settled midfield under Dwayne Dunn before reeling in leader Romancer ($5.50) to win by a half-length.

Music Bay was another length away third.

“I’ve been spruiking him for a long time and I just think he’ll get better,” Mathrick said.

“I always said if I could get him to a mile I thought he would be a Group horse. It’s just been trying to get him there. We had a lot of trouble with his feet.

Rich Itch broke his maiden at Sale earlier this preparation in August before winning a midweek race at Sandown over 1200m at his next start.

Mathrick tried Rich Itch in stakes company for the first time in the Group Two Bobbie Lewis Quality (1200m) at Flemington two starts ago, where he was beaten 3-1/2-lengths when eighth, and he went into Saturday 10 days after finishing third over 1100m at the same track.

“That’s a good step forward for him today.”