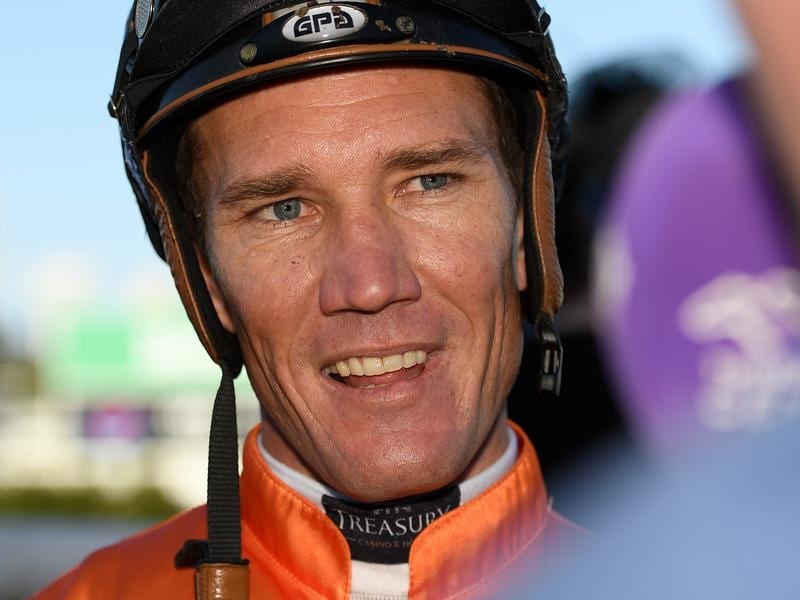 Jockey Dan Griffin will retire with a record 10 Gold Coast premierships under his belt.

Griffin, 39, will hang up his saddle next week on medical advice and he is going out in style after a winning treble at the Gold Coast on Saturday.

He needed to ride a double to pass the sidelined Ryan Plumb to take the lead in the premiership.

Griffin went one better, winning on Peppino, Delector and Rossmay to take him to 27 winners.

“I will be emotional next week and I am going to miss it. But at least I can ride at the meeting knowing I have the premiership sewn up,” he said.

Griffin had a stint as an apprentice with trainer Bryan Guy in Sydney 20 years ago and was also apprenticed to Peter Moody in Brisbane.

Guy has since moved to the Gold Coast and provided Griffin with one of his wins in Delector.

“Dan is going to leave a big hold to fill in both Gold Coast and general ranks,” Guy said.

Griffin had ridden about 750 winners in his career.