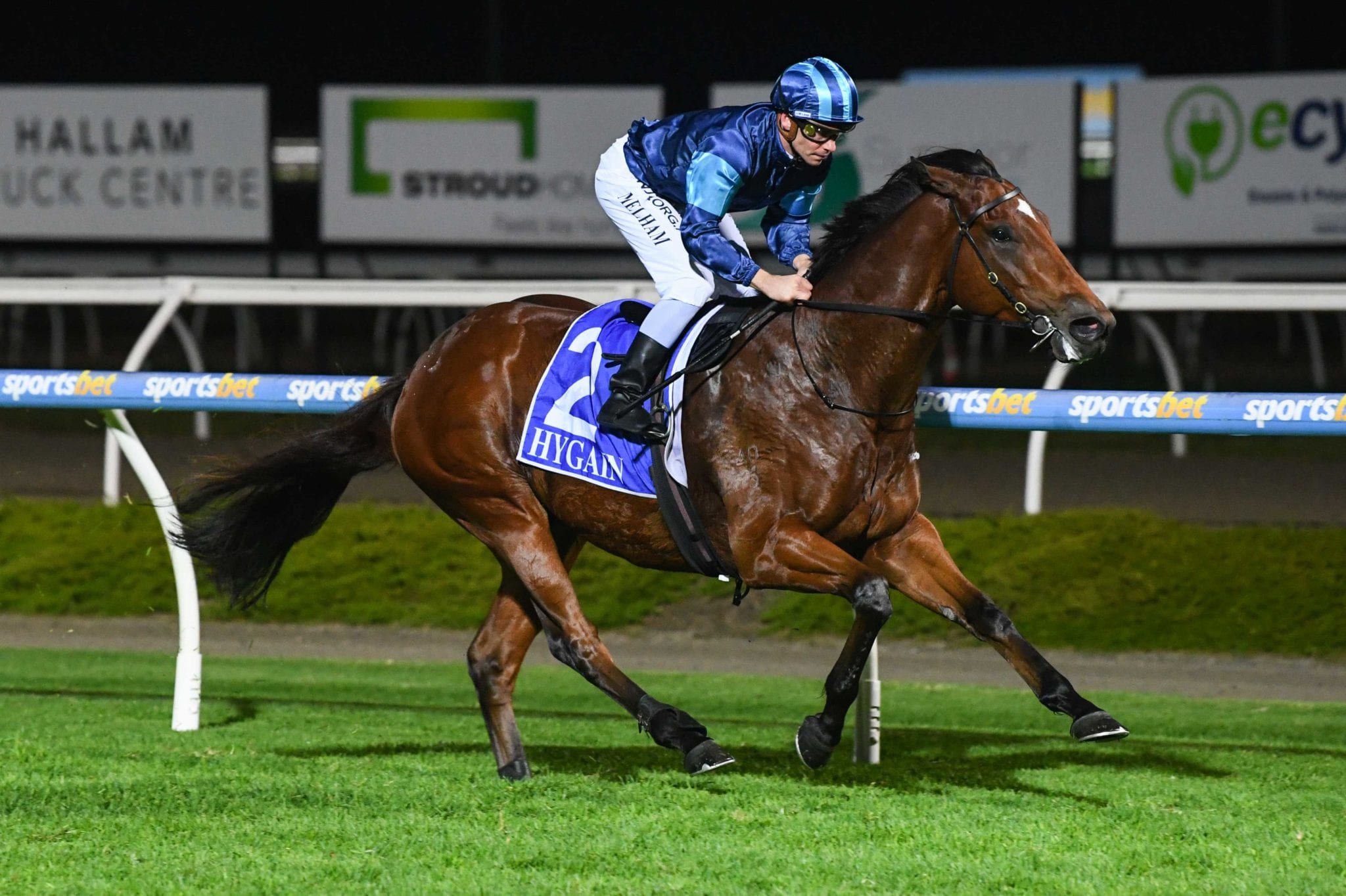 Talented four-year-old Alfa Oro heads to Flemington on Saturday where connections will be hoping to reap full rewards for their patience when the Matt Laurie-trained galloper contests the Almandin Handicap (1100m). The son of Bachelor Duke has shown well above average ability in his five career starts, fashioning an impressive record of three wins and two seconds.

A last-start domination of his rivals in track record time on the Pakenham synthetic where Alfa Oro crossed the line under a stranglehold showed the class of the gelding, who shaped as a potential Group 1 Caulfield Guineas (1600m) candidate before a life-threatening trackwork injury intervened. “It was just a routine piece of track work,” Laurie said. “He suffered a spiral fracture in a front leg and had some major surgery with a steel plate and 12 screws inserted. “We were fortunate he was able to be saved.”

Alfa Oro missed his entire three-year-old season and after a 20-month absence from racing a runner-up finish at Pakenham in April preceded two impressive victories. “I must admit at his first run back I had a bit of a tear in my eye after running second at Pakenham,” Laurie said. “It’s good to have him back and more importantly he has come through all of his runs well to date, so it will be interesting to watch him develop.”

Alfa Oro is rated a $2.20 favourite for the contest down the Flemington straight and again has the services of Ben Melham, who has ridden him on the last four occasions. “I think he is very professional and happy to gallop along in front,” Laurie said. “He seems to be a horse that just gets into the zone and we feel he will handle the Flemington straight. “You never can be too confident, but he comes into it in the right frame of mind and he is racing particularly well.

“We’ve missed out on his three-year-old racing and now we’ve just got an opportunity to take him through his grades. “I’d love to have an opportunity to race him in some smart races but he has got a 72 rating so I just have to try and place him well and build up his rating.”

Laurie went to $240,000 to secure Alfa Oro, a half-brother to multiple Group 3 winner Home By Midnight (who raced as Five To Midnight in New Zealand) from the draft of Regal Farm at the 2017 New Zealand Bloodstocks Ready to Run Sale. “I didn’t want to pay that much, but I really liked the horse,” Laurie said.

“I thought he had a lot of Fastnet Rock about him. “He’s out of Fastnet Lady, a Fastnet Rock mare, and he just had the right shape and physique that I look for and I thought he breezed up in a manner where he looked like he had a fair bit left under the hood. “That crossed with a mare who has already produced a decent horse. I didn’t know much about Bachelor Duke, but it didn’t concern me because she looked like she had done a pretty good job already.”