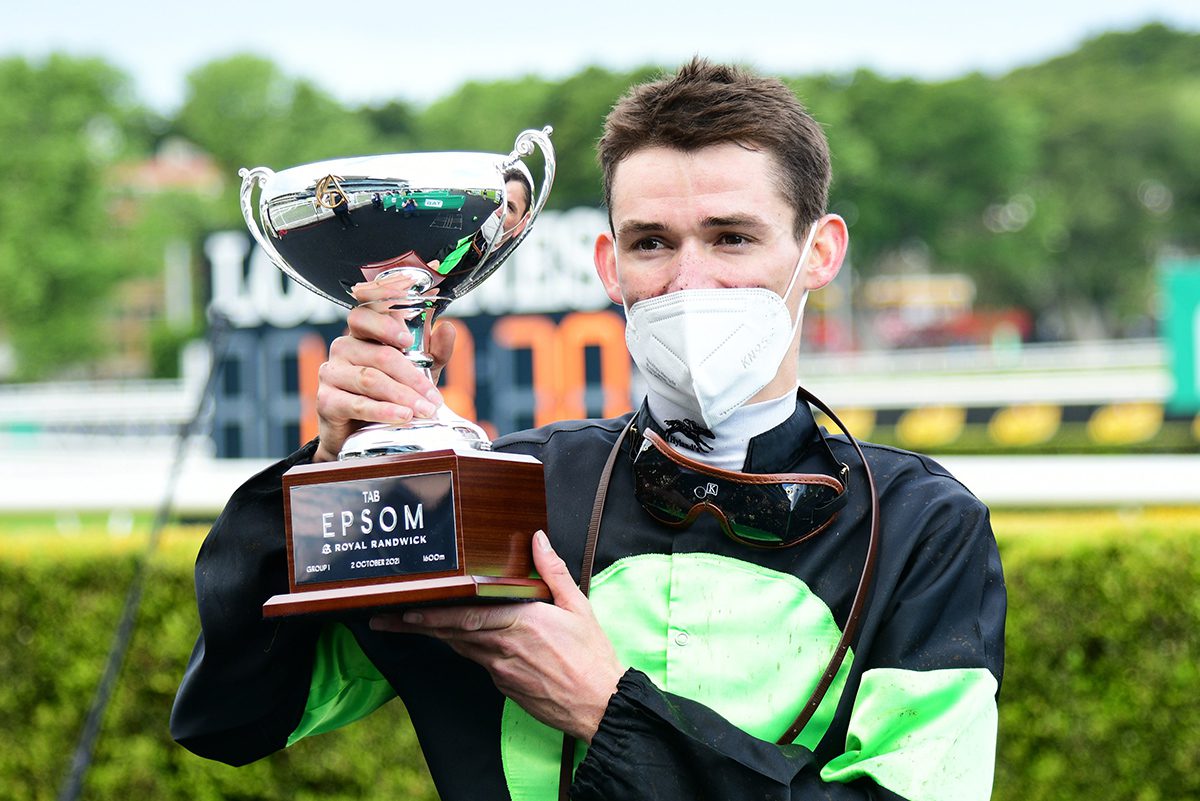 Regan Bayliss will remember October 2nd 2021 for the rest of his life after he rode the winners of both the Group 1 Flight Stakes and Group 1 Epsom Handicap.

Having only won two Group 1 races prior to Saturday, Bayliss doubled that with two emphatic victories, giving Gai Waterhouse & Adrian Bott two Group 1 victories in a week with Never Been Kissed in the Flight, while the ultra-consistent Private Eye won his maiden Group 1 in the Epsom.

After getting the run of the race aboard Never Been Kissed, Bayliss produced with the $41 chance off the leader’s heels and went for home at the 300m in the driving rain, fending off the challenge from Hinged and Startantes.

“We put her in the box seat,” Bayliss said

“(She) Switched off beautifully for me.
“At the top of the straight we came to the outside of Four Moves Ahead’s heels, I gave her a slap down the shoulder and she really came up underneath me and really toughed it out towards the end.”

Just 30 minutes later, Bayliss made it back-to-back Group 1 wins aboard Private Eye in the Epsom, storming home out wide over the top of Aramayo and Dalasan.

The four-year-old settled with only one runner behind him in the big field and came right down the centre of the track to give Joseph Pride another Group 1 win as a trainer.

“I wouldn’t be where I am today without Joe Pride.,” Bayliss said.

“He is one who really backed me in Sydney from an early age.

“He was a trainer who put me on good chances in town and I needed to capitalise on a couple of those opportunities.

“I just love this horse Private Eye; he’s been set for the race.

“Joe knows how to set them for a big one to peak on the day.

“He is going to be mighty hard to beat in the Golden Eagle.”

The race was set up perfectly for a backmarker, with plenty of early speed injected into the race by Ashman and Riodini, which gave Bayliss some confidence despite being a long way off them.

“There was good speed and we were just able to get on the back of the right horses and bring him down the outside,” the jockey said.

“We know he’s got that great turn of foot and he showed us today.”

Private Eye is now a $7 chance with online bookmakers in the $7.5 million Golden Eagle which will be run and won on October 30 over 1500m at Rosehill Gardens.