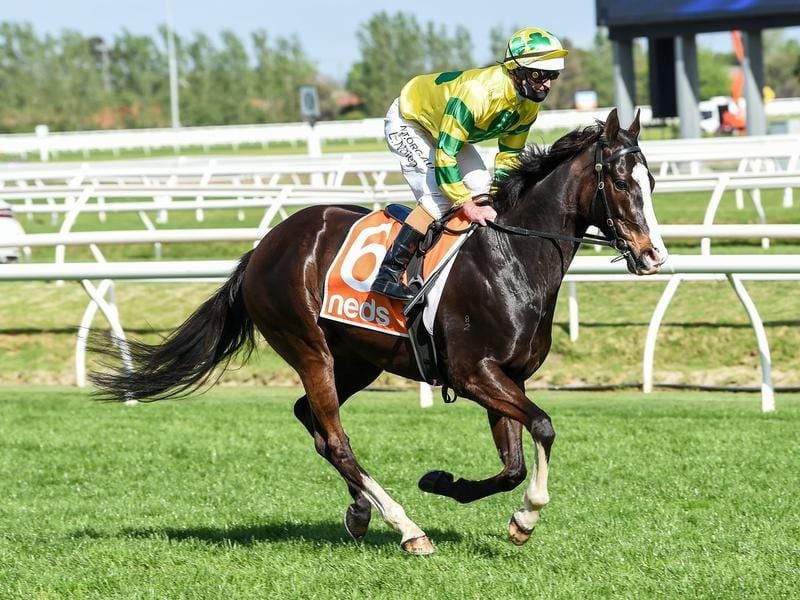 It wouldn’t quite match Dennis Pagan’s fairytale Victoria Derby win but if Maddie Raymond could secure the Ballarat Cup with Pacodali in her first year of training, it would be one of the stories of the spring.

In some ways, if Raymond’s runner Pacodali won the $500,000 event on Saturday it would surpass Pagan’s victory with Johnny Get Angry as it represents a decade of hard work coming to fruition.

Raymond gained her licence in February and has so far had 32 runners for four country winners.

Before she gained her training ticket she had spent over a decade working in stables, firstly with Lindsay Park and also with Willie Mullins in Ireland.

She then came back to Australia and joined Darren Weir’s Warrnambool stables where she worked for seven years and graduated to stable foreman.

When Weir was disqualified, Raymond took on the same position for Lindsay Smith but decided to branch out on her own at the start of the year.

When Pacodali arrived from Ireland in 2017, he was sent to Weir’s Warrnambool base and became a favourite of Raymond’s.

Pacodali joined the Ciaron Maher and David Eustace team for the first six months of 2019 before Raymond renewed her association with the horse in the back half of the year when he was transferred to Smith, taking out the Eclipse Stakes under his care.

Knowing of Raymond’s relationship with Pacodali, owner Seamus McPeake transferred him to her to help kick-start her career.

Raymond has a team of 10 horses in work at Warrnambool.

“For someone like me to get a look at a horse like him at the start of my career is unbelievable,” Raymond said.

“I was thrilled when given that chance with him. I admire him as he’s so tough.”

Raymond said Pacodali was ready to run a big race after his unlucky run in the Eclipse Stakes last Saturday at Sandown.

“He got held up in the straight and he’s not the horse to accelerate through gaps,” she said.

“It’s a strong race. If he can finish top-five I’d be thrilled.

Raymond also has the in-form Wentwood running in the Global Turf Handicap (2600m).