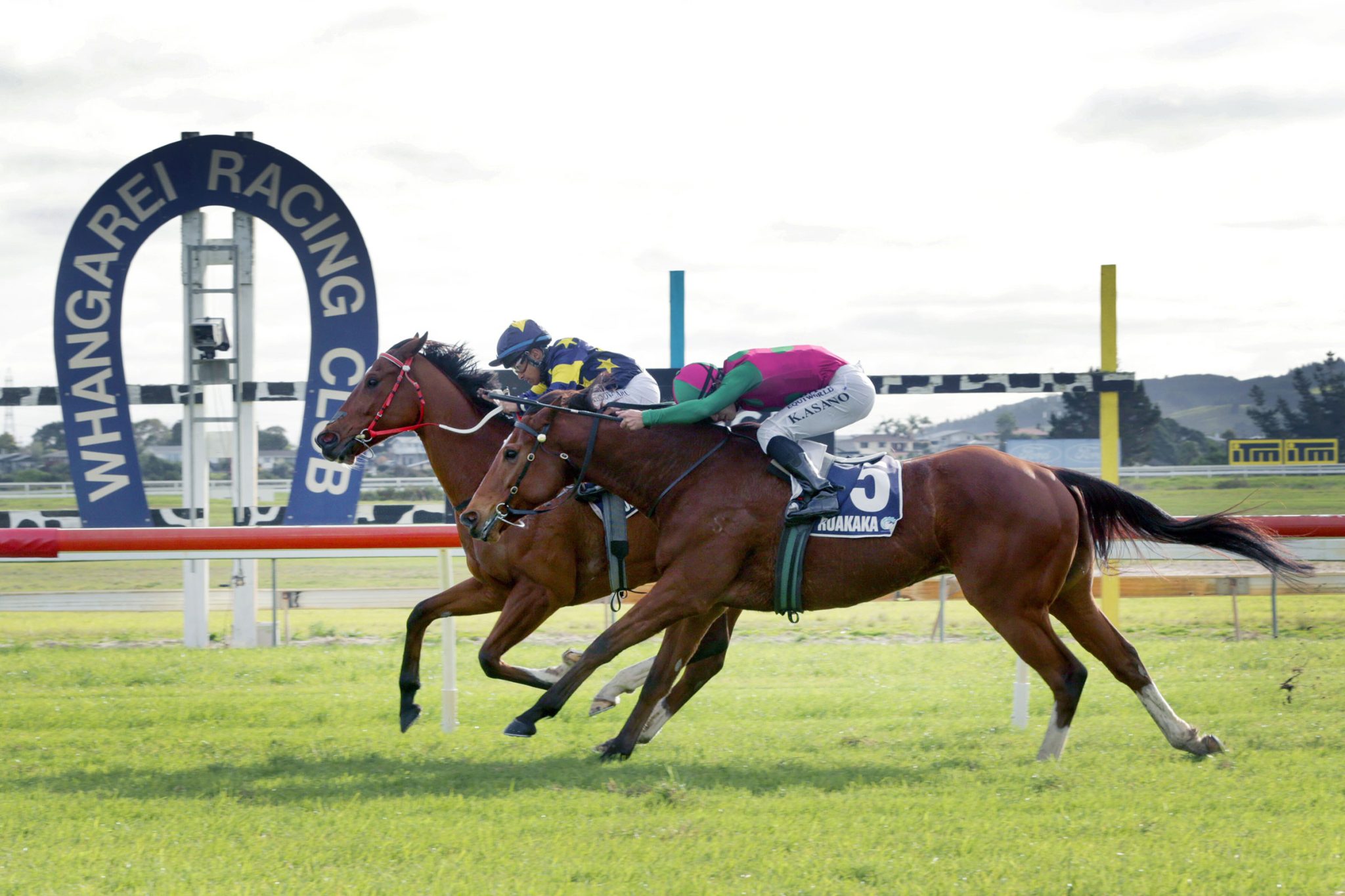 The pair sponsored the first race on the card and collected the thick end of the prizemoney on offer when speedy filly Deploy made it back-to-back victories with a game performance after disputing the pace throughout.

Rae and Williams-Tuhoro also looked to have a strong hand in the feature event on the card, the Northpine Waipu Cup (1400m) with race favourite Irish Girl and consistent performer Zelenski and that proved to be the case with the Lars Pearson bred and owned Zelenski taking the victory with Irish Girl fighting hard for fourth in her first run back after a South Island campaign in the autumn.

Rae was convinced that Zelenksi was the better of their two chances purely on race fitness and the subsequent victory had him thinking about the contribution the Singapore-based Pearson had made to his training career.

“That was just fantastic for Lars as he has been with me for over twenty years,” Rae said.

“He has raced so many horses with us and I’m just delighted we could get another good win for him.

“I said all along that I thought Zelenski was the best of our two although there wasn’t a lot between them both.

“Irish Girl just didn’t have the race fitness that he did, and you saw that as he was strong in the straight while she just battled the last 100m.

“Mind you I think it could be a different story next time as she will have had the benefit of this race and we all know she is a pretty classy mare.”

Rae has both runners set for the NZD$60,000 ITM/GIB Sprinters’ Winter Championship Final (1400m) at the venue on July 16 and expects first race winner Deploy will also take her place in the 2YO Final (1200m) on the day.

“She (Deploy) has really grown up in the last couple of weeks and she was good again today,” he said.

“Michael McNab rode the third horse and he told me afterwards he was sure he had her covered at the top of the straight but she just kicked on too well for him.

“She probably deserved to get beaten as she sat outside the leader all the way and they never left her alone at all.

“She just kept kicking and it was a tough win.

“Early on we thought she had ability but she was quite mad. You’d take her down the beach and gallop her and she couldn’t stay in a straight line, she just wanted to go all over the place.

“She has just kept getting better and deserves her shot at the NZD$60,000 final for the series in a fortnight.

“We race her on lease from Windsor Park Stud and her owners are just having a ball, so they deserve to run for the good money on offer.”