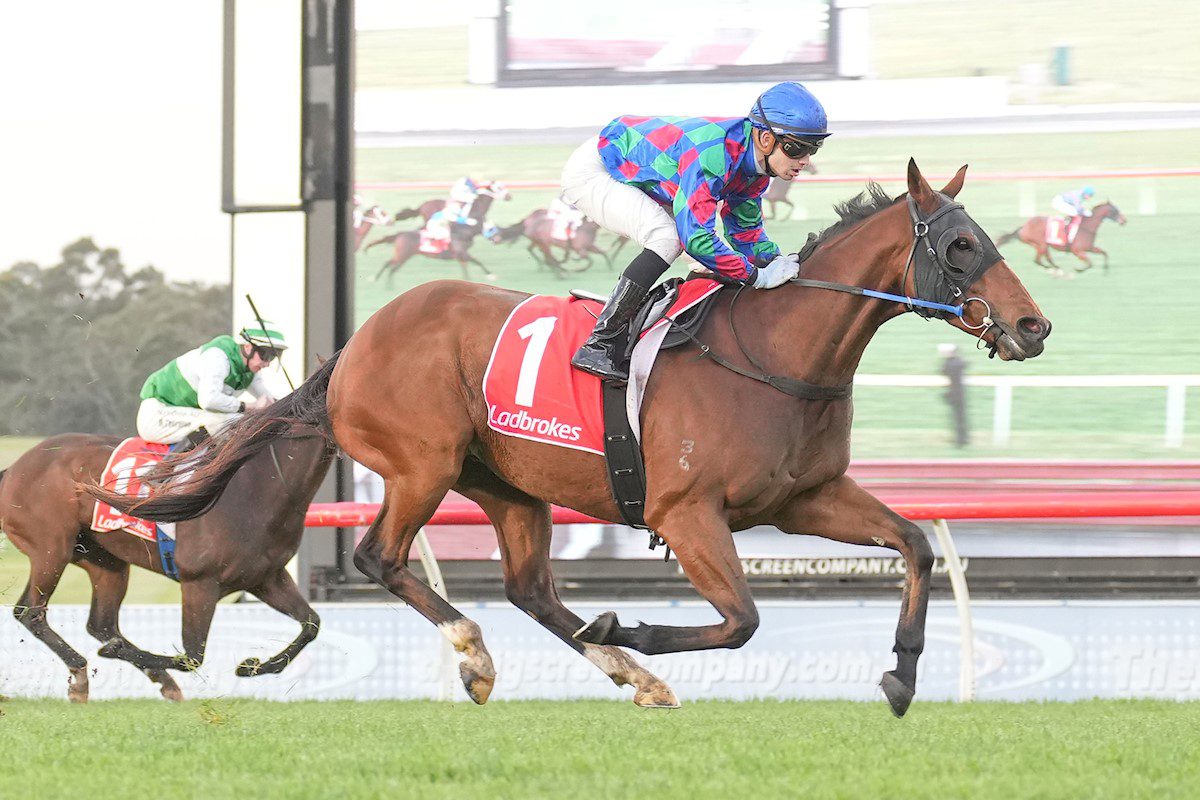 Alex Rae’s Chief Altony has been a revelation for the young trainer, finishing in the first four 21 times from just 23 career starts, and he will be looking to improve on that impressive record this Saturday at Caulfield.

In seven runs this preparation, the horse has won just the one race, but he has been in the minor money on five separate occasions, including two starts ago in the Listed Winter Stakes (1400m) at Royal Randwick.

After being unlucky last start at Moonee Valley when second behind Lackeen in the Travis Harrison Cup (1600m), Rae is hoping his stable star can go one better on Saturday.

“It’s the way he races, part of his racing pattern – he’s been very unlucky on multiple occasions.

“Hopefully the wheel is going to turn pretty soon.”

Chief Altony had been nominated for two races at Caulfield on Saturday – a 1400m and a 1600m handicap – but Rae has warmed to the latter.

Although a suitable race on paper for the $260,000 earner, Chief Altony does prefer to race on tracks with sting out of them, so the expected dry surface this Saturday is a slight concern for his trainer.

“We’re probably going to accept in the mile,” Rae said.

“At this point in time, my biggest concern is just the weather – there’s not a lot of rain forecast.

“We believe he needs soft ground to be at his best – probably wouldn’t risk him on a good track.

“That’s not to say he doesn’t have a good record on that surface, it’s just more about protecting the horse after so many runs into a preparation.”

Rae has highlighted the Listed Heatherlie Stakes (1700m) at Caulfield on August 27 as a potential target race, but he also admits the gelding could be done for the preparation after Saturday.

In a campaign that began in early April, Rae has been particular in how he places the horse, so he won’t think twice about pulling the pin early on the spring.

“I think you’ve got to keep the Heatherlie open,” he said.

“As far as we are concerned as a collective group, the horse probably needs rain-affected ground to be at his absolute best.

“He’s taken a significant step forward this preparation. He had one crack at Listed level and ran a really good third under unsuitable circumstances.

“When it comes to taking another step forward, or potentially putting him in better races, we’re working back from the Sydney autumn.

“He’s a six-year-old now, he’s very sound – he hasn’t had that many starts – and we’ve done our best to look after him.

“As the spring arrives in Melbourne and the tracks firm up, it’s probably not going to be his time this coming spring, but he’s done a good job this prep anyway.”