Racing tips, promos and best bets from the online bookies 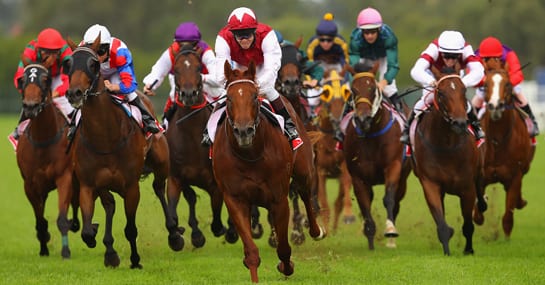 OUR recommended bookmakers have done the hard work for us again by selecting their best bet for this Saturday’s racing.

Representatives from WilliamHill, CrownBet and Sportsbet.com.au have selected their best for the Provincial Plate at Flemington, their days best and the best value runner.

To change things up, they have also picked their ‘lay of the day’ – the horses they think are under the odds that won’t win.

“Been in cracking form all preparation and comes here after a career best last start. Should be in the firing line throughout and take running down once again.”

“Has form behind Suavito, who would destroy a field like this. Last start was promising when second in the Swan Hill Cup and before that was runner by to Zakalya. Great each-way chance.”

“Peter Moody-trained runner galloper is dropping back to 1600m, sitting just off a hot speed. Despite the 60kg he should prove too classy for his rivals in the run home.”

“Returned in good order recently on this course when a narrow third. Gets a weight turnaround off his main rival here and looks to have a bit of upside too boot. Looks very hard to beat.”

“Comes here after a win at big odds last start, however there didn’t look to be any element of fluke about it and should be suited by the big track. Looks way over the odds at his current state.”

“He should continue on his winning way here. He demolished the field last start, remains at 59kg and with a perfect draw in 6. Luke Nolen should have him in the box seat and reel off a winning last sectional.”

“Has natural pace to put to good use in this large field that’s light on for speed. Went too hard over the 1600 metres in the Guineas last start, back to 1350 metres and down in class here – should take some catching.”

“Looked like his last run brought him to peak condition and as it was fourth up last campaign that the penny dropped, there’s no reason he won’t recapture that form and string some wins together.”

“Has won both starts first-up. Finished that prep with a respectable run behind the inform The Quarterback. Has two wins and a second at this distance to further enhance prospects.”

Lay of the day

“Been racing well this preparation, however is on trial at this trip and this race looks to have more depth than last start. Worth risking at this current quote,” said WilliamHill.com.au’s Matt Steed.

“Could be easily proven wrong here if he gets a soft lead, but counting on Danchai to stalk just off the pace and use his superior fitness edge to run home strongly,” said CrownBet’s Richard Andrews.

“Was given a gun run to score last start but faces a sharp rise in grade on the backup. There are a handful of other genuine chances in the race and they’re better suited at the weights. An excellent lay,” said Christian Jantzen from Sportsbet.com.au.