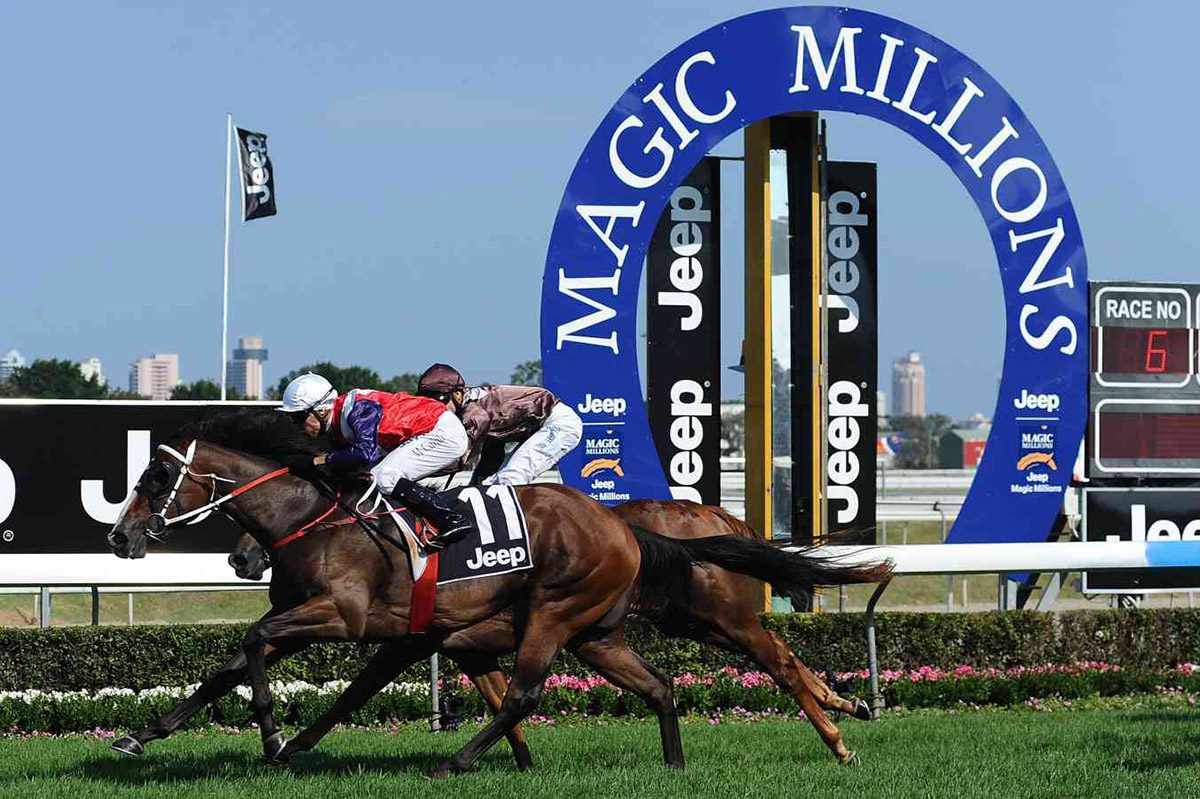 With the introduction of two new races earlier in the year – The Syndicate and The Debut – January 14’s feature Gold Coast Magic Millions Raceday is set to host eight races worth $1 million or more, with $750,000 in bonuses on offer on top of the $11 million prizemoney across the new-look 10-race card.

“The participation and reach of The Star Gold Coast Magic Millions Raceday in January 2023 will be its largest ever,” said Barry Bowditch, Managing Director of Magic Millions.

“We are enormously excited for what is the finale to the Queensland Summer Racing Carnival to introduce two new world-first feature races to a now 10-race program.

While the Gold Coast’s feature raceday will be a fitting finale to the Queensland Summer Carnival, Brisbane racing fans won’t be missing out, with 15 black-type races scheduled across six weeks in the build up to the Magic Millions.

The Queensland Summer Carnival in Brisbane has been the perfect stepping stone for a number of horses in recent years, with the likes of Apache Chase, Vega One and Gypsy Goddess all going on to win Group 1 races following successful summer campaigns.

“The last three Magic Millions 2YO Classic winners have run in key lead-ups at Eagle Farm and Doomben, while The Gateway is proving a great success, with two of the three Gateway winners to date, Vega One and Apache Chase, winning Group 1 races during Stradbroke Season.

“This year we also saw Gypsy Goddess emerge from her win in the Group 3 Grand Prix during the summer to claim the Group 1 Queensland Oaks, underlining how the Summer Carnival has become a launching pad for future big race success.”

The Sunshine Coast will host the first raceday of the 2022/23 Summer Carnival on November 19, before the Gold Coast hosts its Tattersall’s meeting seven days later.

On that day, both the Tattersalls Classic and Listed Recognition Stakes will be run for $150,000 following minor prizemoney increases.

“The Queensland Summer Racing Carnival continues to go from strength-to-strength, and this year’s iteration is set to be our most exciting and innovative yet,” Racing Queensland CEO Brendan Parnell said.

“The Summer Carnival is designed to cater for all sectors of the industry; inclusive of breeders, owners, trainers, syndicators, and participants at every level, highlighted by the $12 million Queensland Thoroughbred Incentive Scheme, with a number of QTIS bonuses on offer.

“As we embark on our most lucrative Summer Carnival yet, we welcome the opportunity to showcase everything that is great about racing in the Sunshine State – and what makes Queensland the ‘must-race’ summer destination.”