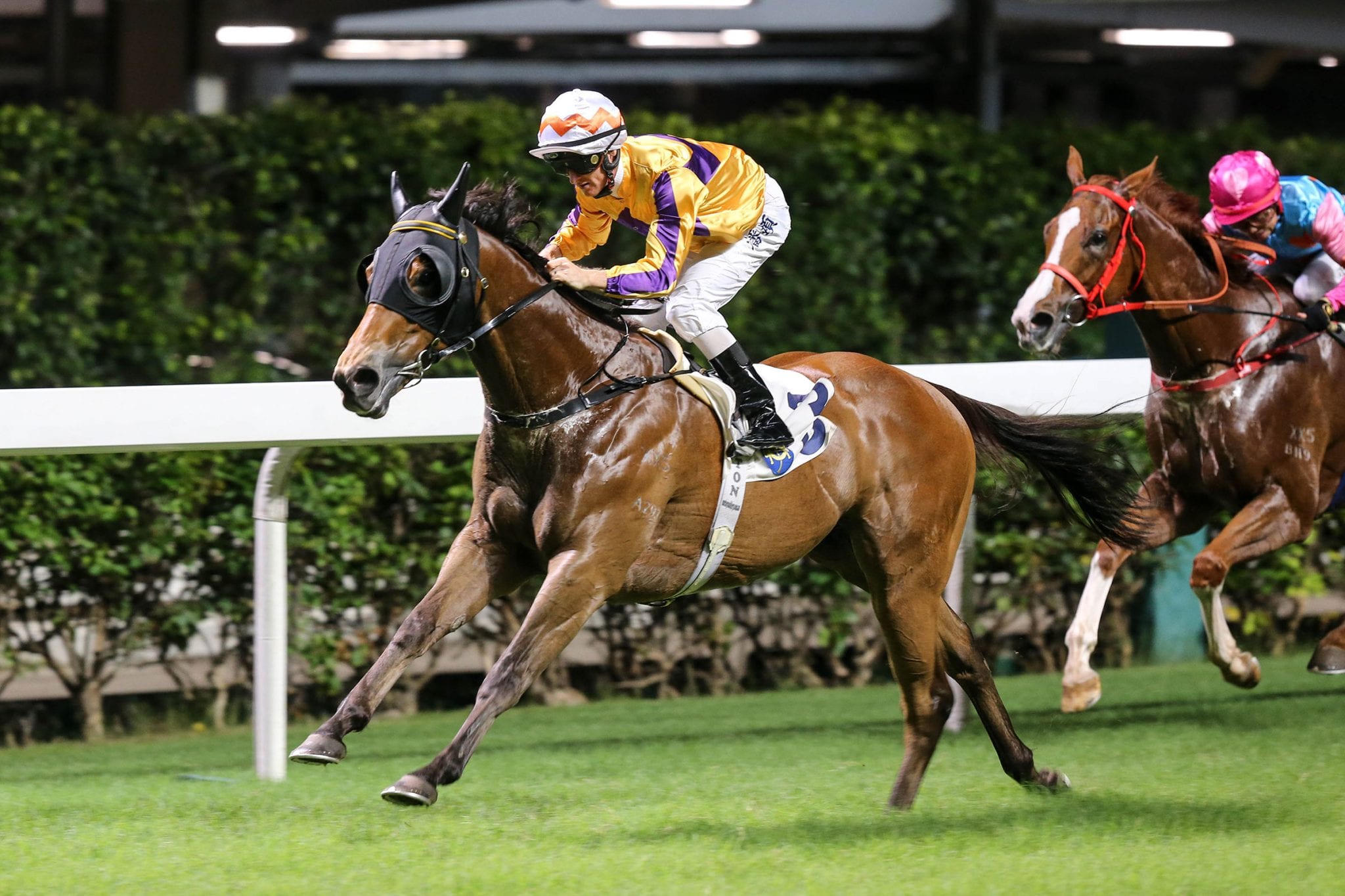 Zac Purton will reunite with familiar ally Saul’s Special in the Class 3 Cooper Handicap (1000m) for a rare Thursday night (8 April) meeting at Happy Valley, hopeful of not only enhancing his remarkable record aboard the galloper, but with the possibility of snaring trainer Michael Chang’s 300th Hong Kong win.

Purton has three wins, a second and a fourth from five pairings aboard the Australian-bred and tomorrow night’s union comes against nine rivals from gate two for the veteran gelding’s 47th Hong Kong start.

“I haven’t been on him for quite some time but he’s in a suitable grade, he’s been running well this season without winning but hopefully he can just get the break to go his way,” Purton said. “It’d be nice to get another winner for Michael (Chang) and connections.”

The Charge Forward gelding has been racing consistently this season with four top-three efforts, including a first-up second with Purton in the plate and he has clearly relished the dip in grade after racing in only Class 2 or above last term.

“When he breaks cleanly, he puts himself in the right spot and he’s going to need to do that with the weight to win,” Purton said.

The 76-rater placed at Group 3 and Group 2 level prior to export and was a winner over 1400m in the Listed Fairetha Stakes at Ascot Racecourse in Perth, Australia but has since turned into a 1000m specialist in his new home with four wins over five furlongs, three over tomorrow night’s course and distance.

The Chang-trainee is in his fifth season, just as his handler is in his 16th after first being licensed for the 2005/06 campaign, his successful career has reaped 299 Hong Kong wins and he is the only Hong Kong trainer to win a race in North America after Rich Tapestry’s heroics in the 2014 Group 1 Santa Anita Sprint Championship (dirt, 1200m).

Chang, with five wins this season, has two entries in his milestone bid as one-time winner Chikorita tackles the first section of the Class 4 Moorsom Handicap (1200m).

While Chang takes two hopes, Purton has nine chances as he aims to bridge Joao Moreira’s gap of 17 wins at the top of the Hong Kong jockeys’ championship (107 – 90).

Included, is a renewed association with the Danny Shum-trained Grateful Heart (132lb) in the Class 2 Clementi Handicap (1000m), the evening’s highest-class race.

“He gets his chance again, I think just coming back to 1000 (metres) is a good thing, his recent trial was good and he’s a little bit more relaxed in the mornings, he doesn’t rip and tear like he used to,” Purton said.

Purton has guided this season’s DBS x Manulife Million Challenge winner to three out of his four wins this campaign as he looks to bounce back from a last-start third.

“I actually quite like him coming back to 1000 (metres), I don’t think there is an issue with that or 1200 (metres) but I thought his win over the 1000 (metres) a couple of starts ago was impressive, he has such good gate speed, he puts himself in the right spot and not only that, he was strong through the line,” Purton said.

This season, Purton and Shum have proven a formidable combination with 23 wins and since the beginning of March the duo has 10 in collaboration.

Ferraris hopes claim is the key to Methane

David Ferraris hopes the use of Jerry Chau’s seven-pound apprentice claim is the key to getting the best out of Methane when he tackles tomorrow night’s Class 4 Price Handicap (1800m).

“He’s not a very big horse and I think putting Jerry (Chau) on will make a big difference, especially when I saw the weights come out because they’re not as compressed as I initially thought,” Ferraris said.

Spurred on by his son Luke’s recent South African Triple Crown triumph aboard Malmoos, Ferraris is looking to strike up his 12th win this season with five entries.

“He’s done an incredible job, he’s made his mum and I very proud, he’s continuing to do very well and he’s a very talented little rider,” he said.

“He (Methane) definitely would be (one of my better chances on the night), Super Commander will also have a good chance, Ambitious Heart too, they should all go pretty close, they have decent barriers,” he added.

Methane is a one-time winner from 18 starts but has proven a consistent customer with six other top-three efforts among his record.

“He’s going really good, we just need a winner, things haven’t been going too well, so let’s hope he can change our luck,” Ferraris said.

The four-year-old arrives in Hong Kong as a one-time winner at Kenilworth prior to export in maiden company over 1600m.

Thursday’s nine-race fixture at Happy Valley kicks off at 6.45pm with the Class 5 Moreton Handicap (1650m).