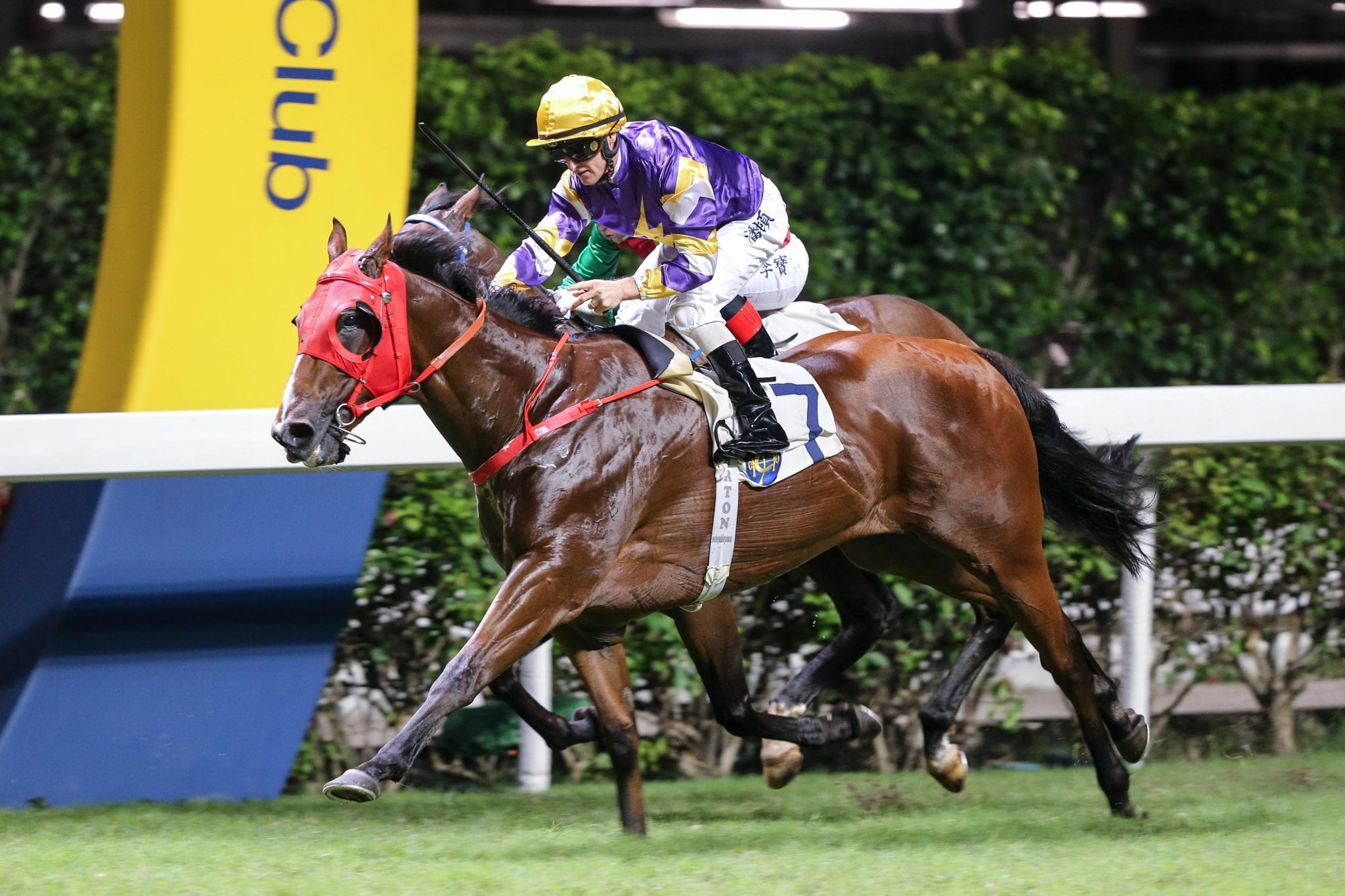 There is no stopping the Zac Purton juggernaut. The champion jockey continued his domination with a four-timer at Happy Valley last night (Wednesday, 5 June), moving to within one of becoming only the second rider in history to accrue 1000 wins in Hong Kong.

The Australian ace advanced to the 999 mark in race seven but it took all of his strength and persuasion to convince Golden Dash to knuckle down and take the Class 3 Violet Hill Handicap (1200m).

“He didn’t really want to go through with it, he was doing his best to try and pull up,” Purton said after the Danny Shum-trained galloper had got the better of a stretch duel with the Umberto Rispoli-ridden Jumbo Prize.

“The inside horse actually came back on me, but once he saw it, through the blinker, he actually gave me a little bit more and that was the difference.”

Green Luck was unable to round off Purton’s evening with a champagne victory, running home second behind Doctor Geoff in the concluding Class 2 Wong Nai Chung Gap Handicap (1800m).

Aldo Domeyer’s mount survived an inquiry after lugging into Green Luck and bumping his rival a couple of times in the final strides.

Purton missed the 1000 but he arrived downtown for the eight-race card with more than one milestone blinking on his radar, needing 30 wins from the final 11 meetings to match Joao Moreira’s all-time single season win record of 170. Now the target is 26 from 10.

Moreira took the opener with a beautifully-judged ride on Salto Olimpico to hold off the late-closing Purton by a short-head – that moved the Brazilian to clear second in the premiership on 77 wins. But the man of the moment was not second-best for long: wins on Godspeed, Snap Fit and Reliable Team brought a hat-trick by mid-point.

Reliable Team proved up to the task on debut. Purton rousted the Frankie Lor-trained three-year-old from gate 11 and was on the lead at the 900m point. Headed approaching the home turn, the grey gelding responded to a powerful drive to score by half a length.

“He did a good job because he was standing too close to the gate, so when it opened, he was a bit awkward out,” Purton said. “I had to ask him to get there and then Keith (Yeung) decided to take off before the turn so I put the acid to him early, but what I did was switch him on and click him into gear. He fought them off well, it was a good effort first time.”

Snap Fit made it two from two in winning the Class 4 Mount Gough Handicap (1000m). Trainer Caspar Fownes expects his charge to measure up in Class 3 after carrying 131lb to a two and a half-length victory under Purton at odds of 1.8.

“It was a good win,” Fownes said. “I’ve always felt the horse would be suited by 1200 metres. He just had a crack in his foot and we’ve given him time to get over that, we sent him to Conghua and he’s done really well. We took our time with him and freshened him up, and, in the end, it was a nice result.”

Moreira’s success on Brazilian G1 winner Salto Olimpico in the Class 3 High West Handicap (2200m) initiated a quick-fire double for trainer David Hall. After benefiting from the former champion’s skills, the Australian handler turned to the current and Purton shook up Godspeed to a length and three-quarter verdict in the Class 5 Mount Cameron Handicap (1650m).

Vincent Ho gave a big “Whoop” and a “That’s what I’m talking about!” after Bigwood darted late to win the Class 3 Shouson Hill Handicap (1650m), giving Fownes, his old boss, a double on the card.