Purton gains on absent Moreira ahead of FWD Champions Day 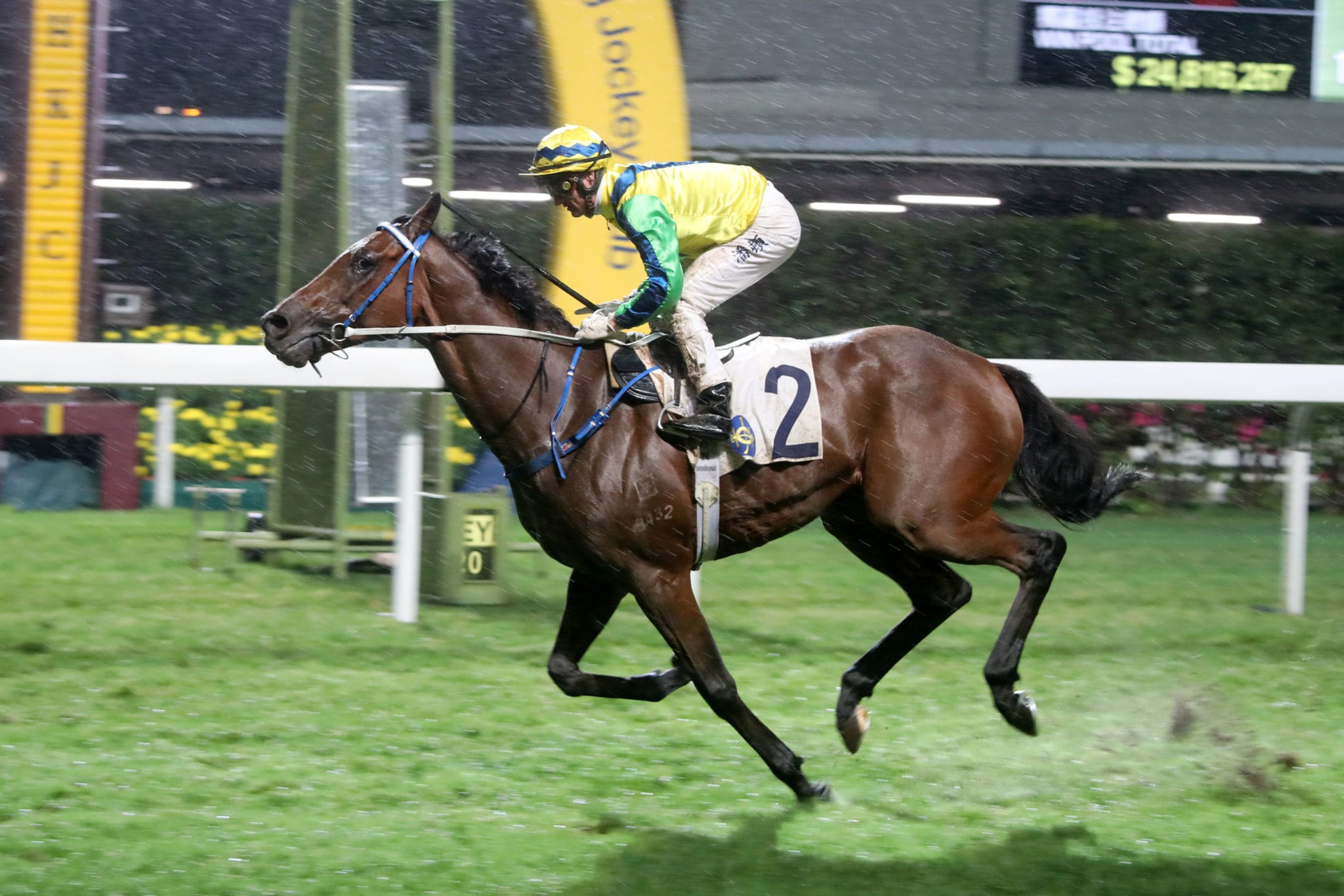 Zac Purton made sure he gained some benefit from Joao Moreira’s absence at Happy Valley on Wednesday (22 April) night with a double that took him to within one of his great rival at the top of the Hong Kong jockeys’ premiership.

Moreira bagged a three-timer last weekend but a one-meeting suspension forced him out of the evening’s action.

The running tally in the head-to-head stands at 104-103 going into a Group 1 showdown at Sha Tin on Sunday (26 April) when Purton will ride Beauty Generation against Moreira’s Waikuku in the FWD Champions Mile, Exultant against the Brazilian’s Time Warp in the FWD QEII Cup and Aethero in opposition to Hot King Prawn in the Chairman’s Sprint Prize.

Purton returned drenched and mud-spattered after the Caspar Fownes-trained Tangmere gave him his second win in section two of the Class 4 Marigold Handicap (1650m), the going having changed to good to yielding just prior thanks to incessant rain.

“The fast pace and wet track really helped this horse, it was a good effort,” he said of the Frankel five-year-old.

The three-time champion jockey kicked off his double in race two, section two of the Class 4 Jonquil Handicap (1200m), on the Richard Gibson-trained Hero Time.

“He did a good job. He had a tough run and it was a solid effort,” Purton said.

Purton was out of luck aboard 1.8 favourite Dancing Fighter (133lb) in the Class 3 Crocus Handicap (1200m). The Caspar Fownes-trained top-weight missed the break for the second time in as many starts and could only run on for third behind the Derek Leung-ridden Beauty Amigo (128lb).

A two-time Listed winner in Ireland, the Kodiac five-year-old relished the underfoot conditions to seal a double for trainer John Moore.

“He’s been a work in progress and when Derek got off him he said he just loved the ground – there was plenty of cushion in the track – and the fast pace enabled him to settle in behind and hit the line well,” Moore said.

Vagner Borges flew the gate and was never headed on Moore’s We The South in the Class 4 Iris Handicap (1000m). That gave the Brazilian his fourth Hong Kong win and first for the stable – the three-year-old gelding, a barrier trial ‘winner’ at the Gold Coast pre-import, returned at 28/1 for his first win at the fourth attempt.

“He’s been showing this great initial speed and he only needed two things: to settle in the pre-race parade and then to come back underneath the rider and find a rhythm. Borges was able to get him in that rhythm and he hit the line.

“He said to me he felt that if he could get him to the fence and cuddle him, he’d be able to kick and that’s what he did.”