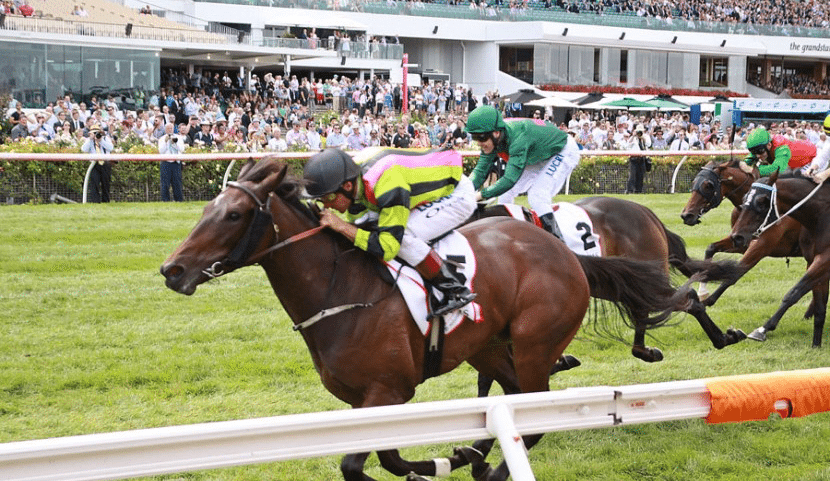 GIVEN its form when returning from a spell, all eyes are on multiple group 1-winner Suavito’s next campaign.

Trainer Nigel Blackiston hasn’t made his mind up about where the 2015 Futurity Stakes and 2016 C.F.Orr Stakes champion will head to, but he indicated it would start its new campaign at Caulfield over 1400m at either group 2 or group 1 level.

“She’ll start off in either the [Group 2] Peter Lawrence [Stakes] or the [Group 1] Memsie [Stakes] at Caulfield,” Blackiston said,

“There are a few 1400m races at Caulfield and she loves it there, so we’ll keep setting her for them.

“We’ll know first-up if she’s back, she’ll go great first-up, but if not, she’s probably going to be a mum.

“I wouldn’t say it hinges on what she does, but you’ll know with her because that’s the type of horse she is. She races well first-up and she loves Caulfield.”

Suavito was sent to the spelling paddock having finished down the track in the Group 1 Queen of the Turf Stakes during The Championships at Randwick. Blackiston indicated that his prized mare has returned well.

“She’s back in about three weeks and is up to going a half-mile at evens,” Blackiston said.

“She came straight back in and she spelled well. She looks good, stronger, so I’m happy with her.”

Blackiston said he will nominate it for the Cox Plate, Myer Classic and the Longines Mile. Bookmakers haven’t yet added it to the market for the Cox Plate where champion mare Winx is still the $2.75 favourite to defend its title.

2016 Golden Slipper winner Capitalist is closer to its highly-anticipated return and could trial in a few weeks according to co-trainer Peter Snowden.

The two-year-old had a stellar season which included wins in both the Magic Millions and the Golden Slipper. The son of Written Tycoon will prepare for the three-year-old season and put a kybosh on the poor record of Golden Slipper winners making good older horses.

The likes of Mossfun, Polar Success, Overreach, Sebring, Crystal Lily and Stratum all failed to win a race past the age of two. Snowden will be hoping it can mature nicely into a strong three-year-old.

“He’s really well, ticking over nicely and will probably be trialling in about three to four weeks,” Snowden said.

Capitalist will be prepared for the Golden Rose Stakes at Rosehill in September and the Coolmore Stud Stakes at Flemington on Derby day.

“It is a bit [ahead of schedule] but he’s got a prep, a break, and then another prep to come,” Snowden said.

“It’s a long time to the Coolmore so he’ll have two little preps.”

Capitalist is currently the $5 favourite at Sportsbet for the 2016 Golden Rose.

Ramornie the logical decision for Connors

Trainer Clarry Connors is likely to send veteran runner Decision Time to the Ramornie Handicap at Grafton on July 13.

The eight-year-old turned its form around with a second place finish behind Mount Nebo in the Winter Dash last Saturday and although its best racing is in the past, which included a second placing in the Golden Slipper, it could surprise punters in races like the Ramornie.

Connors wants a dry track for the $160,000 feature at Grafton and will likely only accept if conditions suit.

“I’m still waiting for a dry track for him,” Connors said, “Providing the track is ok at Grafton, we’ll go up for the Ramornie.”

The injury-plagued runner has 10 wins to its name and more than $1.6 million in prize money. Connors said it will be its last preparation and we’re expecting plenty of support in the Ramornie betting market where it is currently a $15 chance at Sportsbet.

“He’s been a hard horse to train because he’s so big and does so well,” Connors said.

“He’s also had a bad run of injuries and so I’m always worried about if he’s going to break down again or if he goes into his races a touch underdone.

“But I worked him hard last Tuesday and he loved it. He also swims every day to keep the weight off him.

“This will be his last preparation, he’s been a great old horse.”