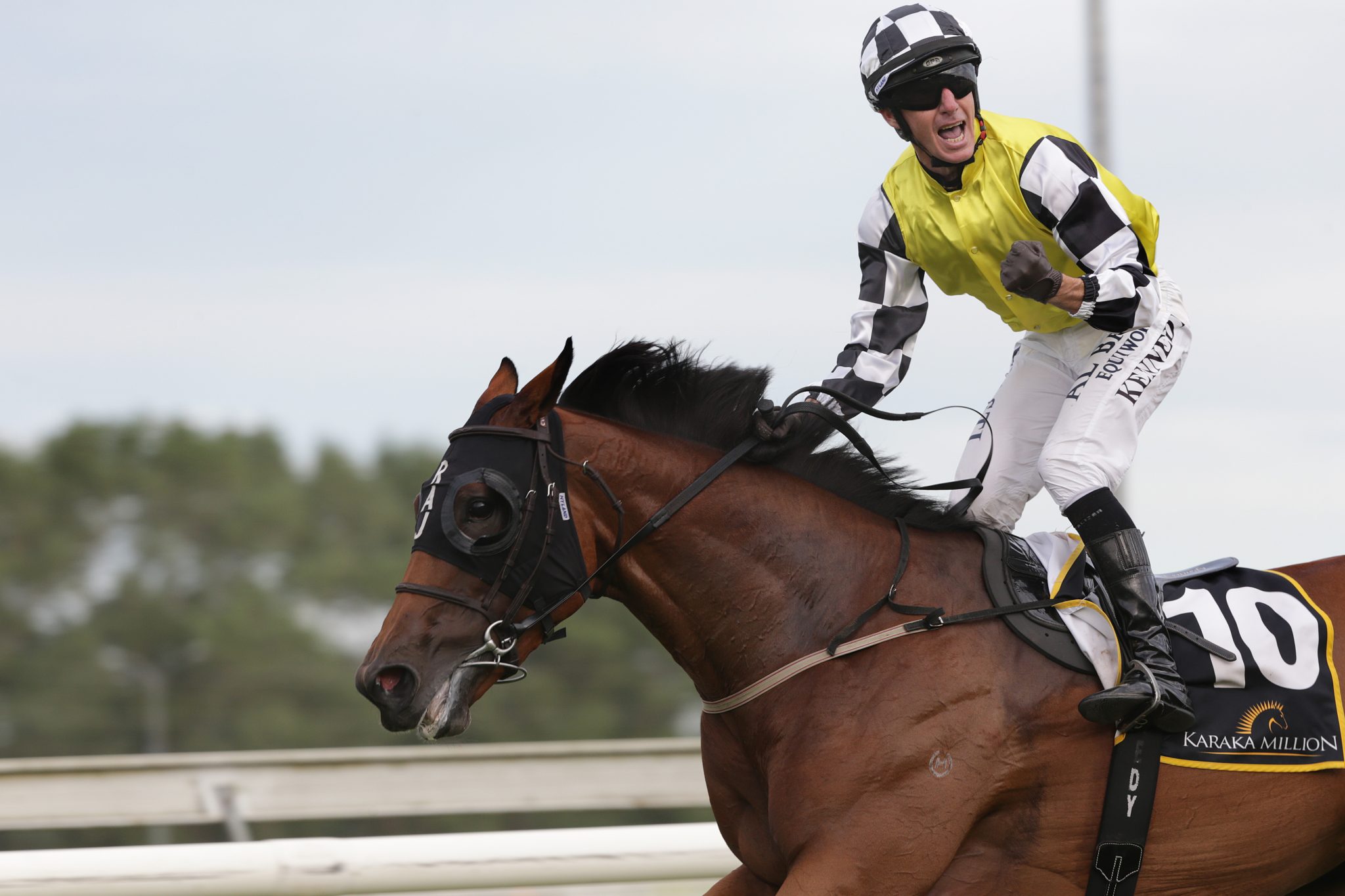 The Roger James and Robert Wellwood-trained filly Prowess prevailed in a strong edition of the Karaka Million 3YO Classic (1600m) at Pukekohe on Saturday.

Never out of the money in six starts, the classy daughter of Proisir had run out a ready winner of the Group 2 Auckland Guineas (1600m) at Te Rapa on New Year’s Day and was able to repeat the dose in the million-dollar feature.

Ridden by Warren Kennedy, Prowess enjoyed a good run throughout, with key rival and eventual runner-up Wild Night to her inside for much of the race.

The free-striding Prowess was put into the race before the home turn and went on to score by 0.8 length from Wild Night, with Desert Lightning close up in third. Race favourite Legarto lost her unbeaten tag but none of her admirers when closing into fourth after enduring a checkered-passage.

All honours were with the winner and jockey Warren Kennedy, who had earlier watched as his South African compatriot Craig Zackey had triumphed in the Karaka Million 2YO (1200m) on Tokyo Tycoon.

“I am still pinching myself,” Kennedy said. “Roger James and Robert Wellwood had the confidence in me to put me on this filly when she won at Te Rapa and I was pretty confident coming into today’s race.

“I knew there were some crack three-year-olds in the race but she did everything right and she showed that she is a filly to be reckoned with. Once she goes 2000m she will be even better so there are lots of things to look forward to with her.

“I just kept her flowing and kept her momentum going and she piled onto the line. She still had a good look at the winning post and about 50m out she started pricking her ears. It was a lovely win.

“For the South African boys to win both million-dollar races is just fantastic and for all the people that have had faith to bring us here and faith in us to put us on these horses, we are delivering and a big thank you to all of them.”

Cambridge trainer Roger James had been quietly confident his filly could topple the favoured pair of Legarto and Wild Night, who drew barriers 1 and 2 respectively, and praised the depth of the field.

“It is pretty special. I think this is as good a crop of three-year-olds we have seen assembled in this race and I think there is any number of them that will hold their hand up in Australia,” he said.

“I was quietly confident. We got the draw (barrier 5) where we weren’t going to be locked away and that was going to be a big advantage and so it proved.”
James and Wellwood went to $230,000 to purchase the filly out of Hallmark Stud’s 2021 New Zealand Bloodstock Book 1 Yearling Sale draft.

Out of the Don Eduardo mare Donna Marie, Prowess is a half-sister to stakes placed Ajay Tee.

“It is not about us, it’s about the owners that stumped up with the money,” James said.

“It is a guy called Dean Skipper who was firstly in roofing and then building in the Wellington region mostly and he has involved his family in the ownership.

“Dean had a share in a horse with me close on 30 years ago and he said he would go away and make his money and come back one day. This is the first horse we bought for him.”

Prowess is by Rich Hill Stud stallion Proisir, who sits atop the New Zealand leading sire’s table and will be represented by 49 yearlings across Books 1 and 2 at New Zealand Bloodstock’s National Yearling Sales which commence at Karaka on January 29.