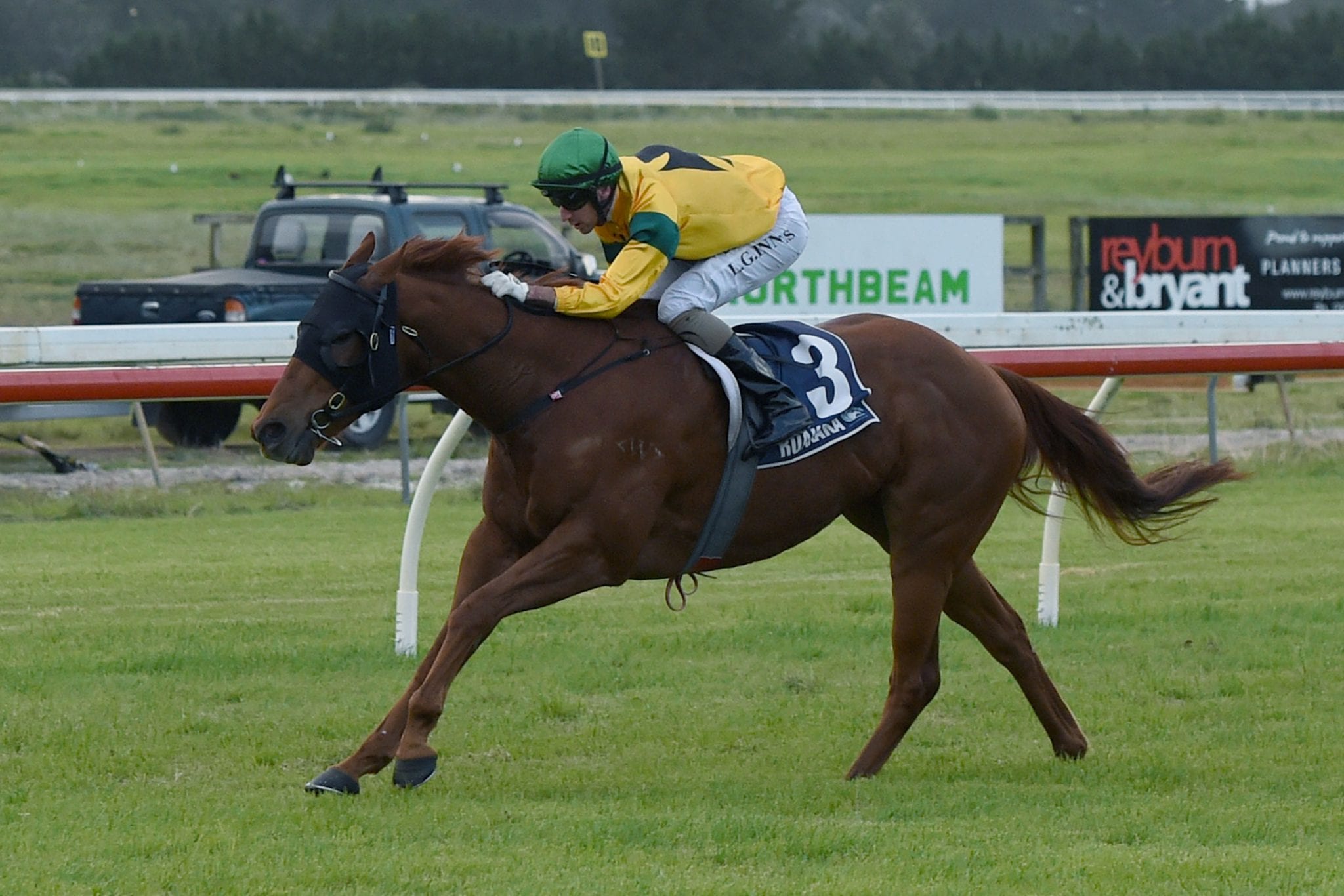 Progressive New Zealand four-year-old Makzabeel is putting together a nice record and was a dominant winner of the Northbeam Timber Beams and Posts Rating 74 (2100m) at Ruakaka on Saturday, making it back-to-back victories at the northern venue.

The son of Makfi has now won four of his 10 starts, with a further three placings and trainer Tony Pike is giving plenty of thought as to how he best places the improving stayer, who is raced by Auckland lawyer Bruce Dell.

“I just had a good talk to Bruce Dell, and he was quite keen on the idea of taking him to Sydney for a couple of runs while he was going through the grades, but he is not probably the most correct horse in the world, so we will probably take him through the grades here and see what level he gets to,” Pike said.

“He is entered for the Winter Cup (Group 3, 1600m) and that would mean dropping back in distance, but that could be an option if the track doesn’t end up too bad down at Riccarton.

“The more likely option is he will work through his grades and we look at a Cup option before the tracks become too firm through the summer.”

Despite having won his past couple of starts at Ruakaka, Pike wasn’t hellbent on keeping to the Whangarei circuit which will host a series of racemeetings through the winter, believing that multiple trips north can be taxing on horses.

“We will see how he pulls up through the week before working out a plan, but if he doesn’t go down to Christchurch for the Winter Cup then he is likely to head to another Rating 74 staying race before hitting open company and possibly looking at something better in the spring,” Pike said.

“He is lightly raced and we have given him plenty of time. He still does a bit wrong but is building a nice record. If everything goes to plan, there is no reason why he couldn’t be up to Cups class off a light-weight in the spring.”