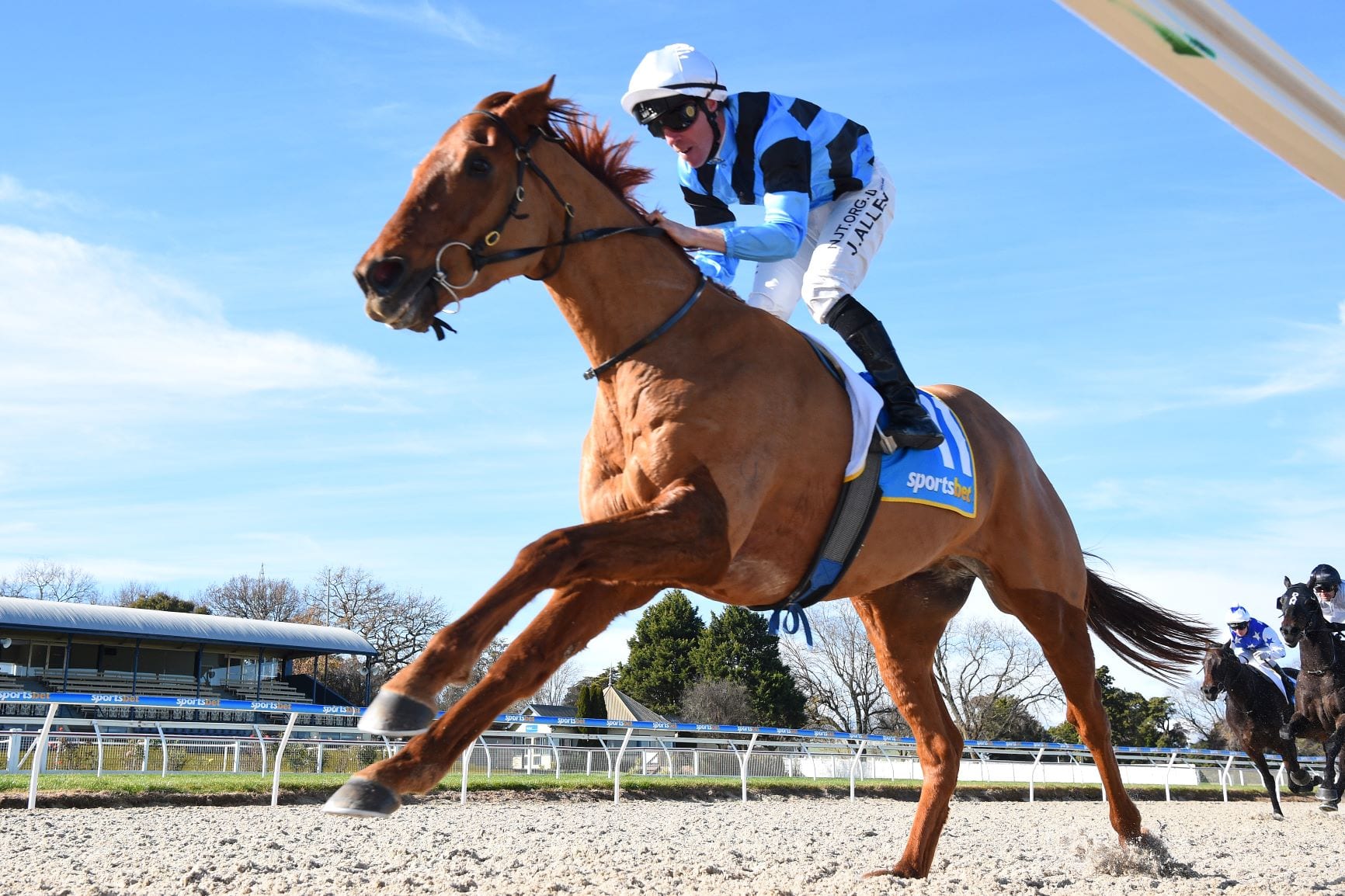 Frampton, who has raced a host of top performers including Group 1 Avondale Cup (2200m) winner Trounced, believes that the son of outstanding southern racemare Inferno has a bright future ahead of him after he secured a share in the gelding following his sale to now disqualified trainer Darren Weir for $52,500 during the Book 1 sale at Karaka in 2018.

“He was a horse I took a liking to when I first saw him at Karaka,” Frampton said. “I was a little bit late getting down to the sale and seeing him go through the ring but I followed up afterwards with Darren Weir who had bought him. “I spoke with Darren and it turned out he had bought him as a spec horse so I said to him to give me twenty-four hours and I would get a group together to race him. “We ended up getting sixty-five percent for a bunch of my friends who are all kiwi guys. “When Darren got into trouble, he was moved to Ciaron and David and we retained our share in him.”

Frampton didn’t hold high hopes for a debut victory however he was pleasantly surprised by the performance and the decisiveness of the win. “We didn’t necessarily expect a first up win as he hadn’t been that impressive in the couple of jump-outs he had had. “Mind you when you have a stayer, they aren’t as suited to the jump-outs as some of those nippier types and don’t often show up. “It was a hope rather than an expect run but a very pleasing win all the same. “I’m not sure just how far he can go in his career but he is a lovely type who will get better over more ground. “We’re not going to rush him and just try to go through the grades but his trainers will guide us there.”

Frampton, who has stepped up his ownership interests in recent years after scaling back for a time, is also excited about a rising two-year-old he is involved with at the Maher and Eustace operation in Ballarat. “I have an interest in a few horses with Maher and Eustace including a Showcasing yearling they bought for $500,000 at Karaka this year,” he said. “It’s only a small share as that is well above my normal budget but he looks a beautiful type.

“He is out of Khales and is a full brother to a good horse in West Australia called Showmanship who is showing real promise. “The mare has left three black-type horses already and I think Showmanship can add to that list. “He’s been broken in and although it is early stages at this stage Ciaron has a high opinion of him.” Sold through the Haunui Farm draft during Book 1 at Karaka this year, the colt is the half-brother of Singapore Gold Cup (2200m) winner Bahana and Group 3 placed mare La Mouline.