Probabeel on target for Surround 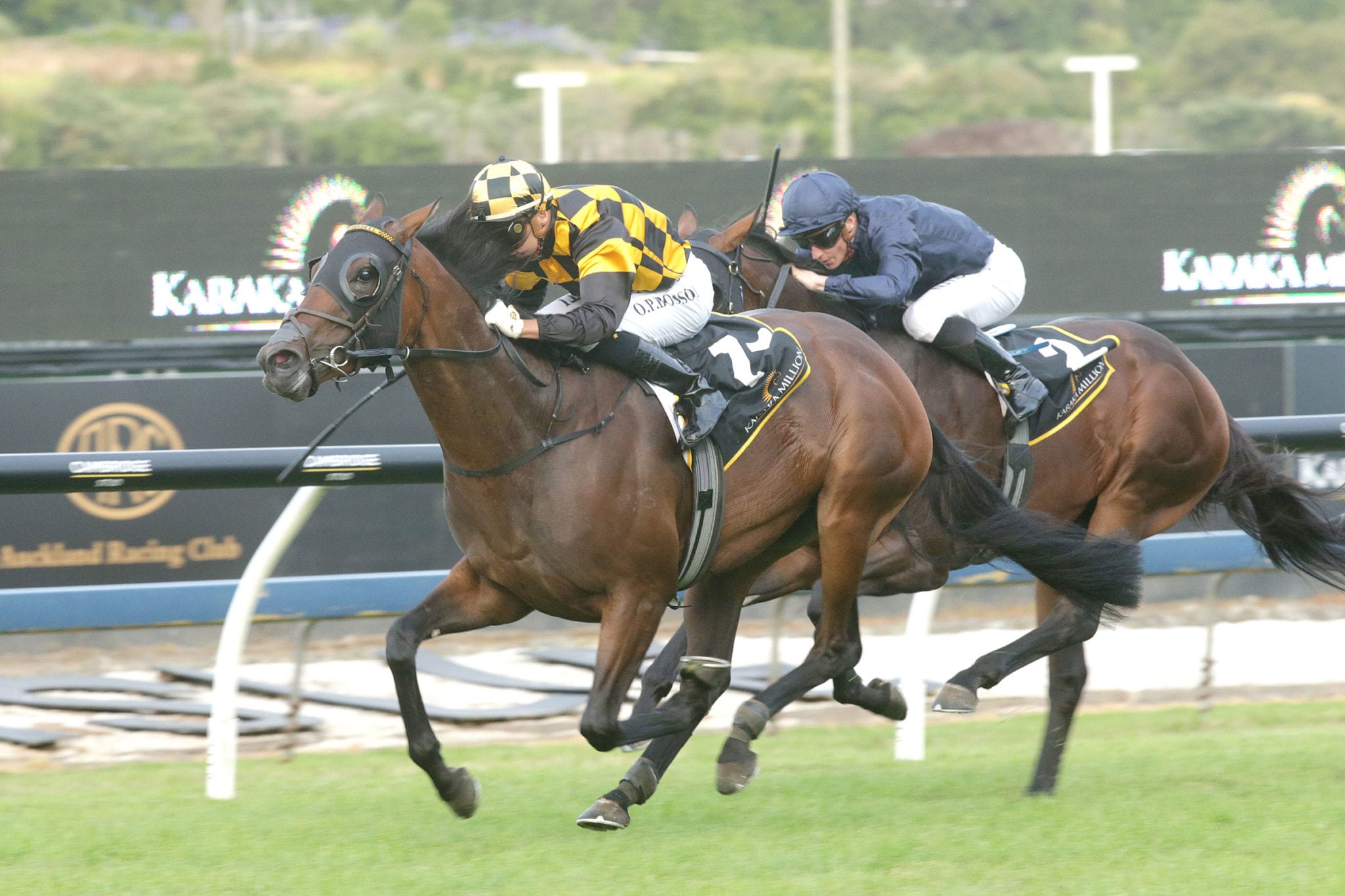 High-class three-year-old Probabeel has settled into life in Sydney well and was put through her paces when finishing fifth in a 1000m trial at Randwick on Monday morning on a track rated a Soft6.

The Jamie Richards-trained daughter of Savabeel closed well late in the hands of Glen Boss to finish 2.6 lengths from the winner Con Te Partiro, pleasing her conditioner ahead of the Group 1 Surround Stakes (1400m) at Randwick on February 29. “I thought she trialed well,” Richards said. “She got back, which is normal for her, and she got to the outside and finished well under not too much pressure. It was probably on a track that she was not too comfortable on and she does like the better footing. “Glen Boss was happy with the way she trialled. He said she was a professional that never touched the bridle and gave him a lovely ride.

“She had a decent blow and she has a bit of improvement in her yet. She had a week in the paddock after the Karaka Million 3YO and we wanted to get her over there and get a trial into her. I think it stands us in good stead building into next Saturday.”

Richards believes five weeks between runs with a trial in between is the perfect build-up to a Sydney campaign for Probabeel but he is under no illusions as to how good the crop of three-year-old fillies are across the Tasman this season. “I thought the Light Fingers (Group 2, 1200m) was a very good race on Saturday won by Flit with the hood on, and there were some very good runs by the Godolphin horses in behind (Lyre and Kiamichi) and also Funstar will be going into the Surround fresh. We’ve got a lot of respect around her as she beat us twice in the spring. “If Probabeel can find her form, having been competitive in the spring in Sydney, then we are in with a chance but maybe we will be better suited up to a mile.”

There are a number of options for the Group 1-placed filly after the Surround Stakes with Richards to be guided by Probabeel’s fresh-up performance in addition to the fickle Sydney autumn weather. “I wouldn’t see her getting up too much in trip if the tracks are wet. But maybe if the tracks are better, she might get up in trip a bit further. The way that she finished off at Ellerslie she certainly looks like she is going to handle a bit more ground. “Her mother placed in the Lowland (Group 3, 2100m) and she’s by Savabeel so you’d think that 2000m against her own age group would be no problem, and she might even get away with a mile-and-a-half as a three-year-old.”

Meanwhile, stablemate and last start Group 1 winner Te Akau Shark is also settling into Sydney life after arriving in the big smoke last Thursday. The striking chestnut will commence a three-race Sydney campaign in the Group 1 Chipping Norton Stakes (1600m) at Randwick in a fortnight. “The Shark’s well,” Richards said. “He’s moving well and he always takes a little while to settle in, he’s not an overly big eater. But Ashley Handley, who is over there with the horses for us, is happy with him. “We wanted to get him over there a bit earlier and get him settled because he’s got a few big weeks in front of him.”

Richards’ father Paul is currently over-seeing the finishing touches on Melody Belle, with the 10-time Group 1 winner back in familiar surrounds at Flemington ahead of her resuming run in the Group 1 Futurity Stakes (1400m) at Caulfield this weekend. “Dad is happy with her, she did a bit of work on the grass at Flemington on Saturday morning and looked good. “She’s going to go over to Caulfield tomorrow to have a decent hit-out over there and a bit of a look around the course, which I think is important because Caulfield can be a little bit tricky sometimes. “She’s been to Flemington before and she seems nice and settled and happy to be back there.”

A keen student of racing, Richards could see the positives in the rivalry brewing between fellow Kiwi Catalyst and Queensland star Alligator Blood, although given Melody Belle is set to clash with the pair in the A$5 million All Star Mile (1600m), he wouldn’t mind seeing another gut-busting clash between the pair when they lock horns in the Group 1 Australian Guineas (1600m) in a fortnight.

“I thought it was a great race, I think that’s really important for the sport to have two really good horses go toe to toe like that. I read an article this morning that said how good it was to have two geldings who are going to race on for the next two to three seasons going at it. “I thought that was a really good point, to get people to the races to see these good horses that aren’t going to be rushed off to stud where their value is just too high to continue racing.”

With black-type runners at Caulfield, Matamata and Otaki, the star young trainer is reliant on his family helping share the work-load. “I’m going to Matamata this weekend, my sister (Libby) will go to Otaki and keep an eye on Prise de Fer and Avantage in the Group 1 and Dad will be in Melbourne.”