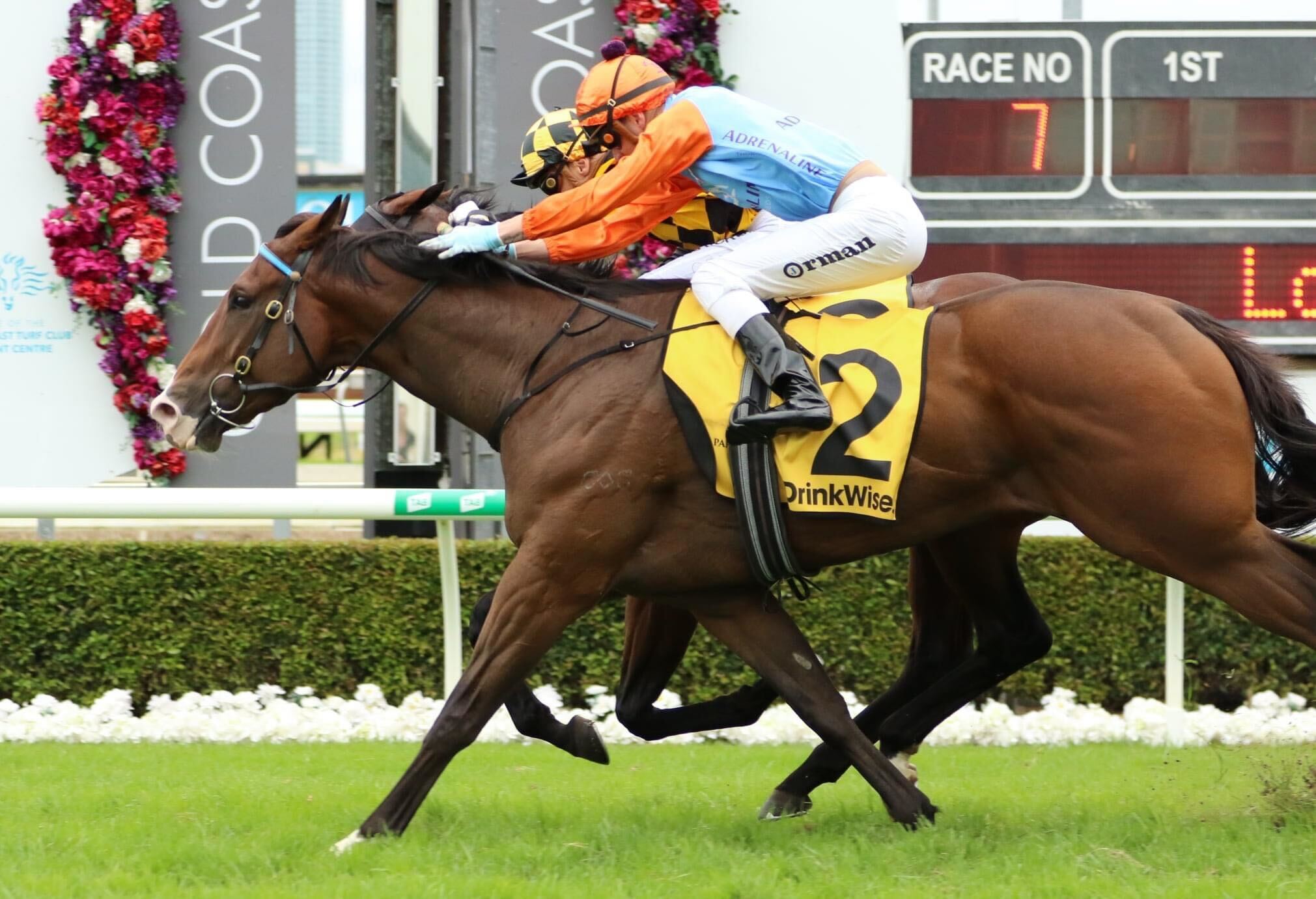 Prince Of Boom proved himself to be the real deal, defeating Group 1-winning Kiwi Sword Of State by a narrow margin in the Group 3 Gold Coast Guineas (1200m).

The Rob Heathcote-trained three-year-old is now three from three this campaign, winning the QTIS Jewel 3YO qualifier and the final, while he’s now added Saturday’s Group 3 to his highlight reel.

The son of Spirit Of Boom took his record to five wins from eight starts, while he has now amassed over $600,000 in prizemoney.

After missing the run a fortnight ago in the Mick Dittman Plate (1110m), Heathcote’s racing manager Melanie Sharpe said it was “amazing” to get the win after a “stressful” few weeks.

“Amazing. It’s been such a stressful couple of weeks and Rob’s (Heathcote) is up in Rocky with his nice horse Emerald (Kingdom),” she said.

“I’m just so thrilled for the owners today to get this win. It was a lovely ride, three deep and he was patient. It was beautiful.

“The pure will and determination of this horse, what he’s done is unreal. “He’s just a dream boat to be honest. He’s never, ever been a worry at all. He’s just so cruisy and lovely. We just adore him.”

After being wide for much of the run, winning rider James Orman said that it wasn’t where he wanted to be, but it aided him getting to the outside rail earlier.

“I didn’t want to burn him just to get to the fence when I’m coming off anyway,” Orman said.

“I was happy. It’s not good to be three deep but it didn’t really worry me in that circumstance because I wanted to get out wide anyway, but it was a good win.

“He was always there, but I just thought I’ve got beat right on the line, but I was lucky I had my head down.”