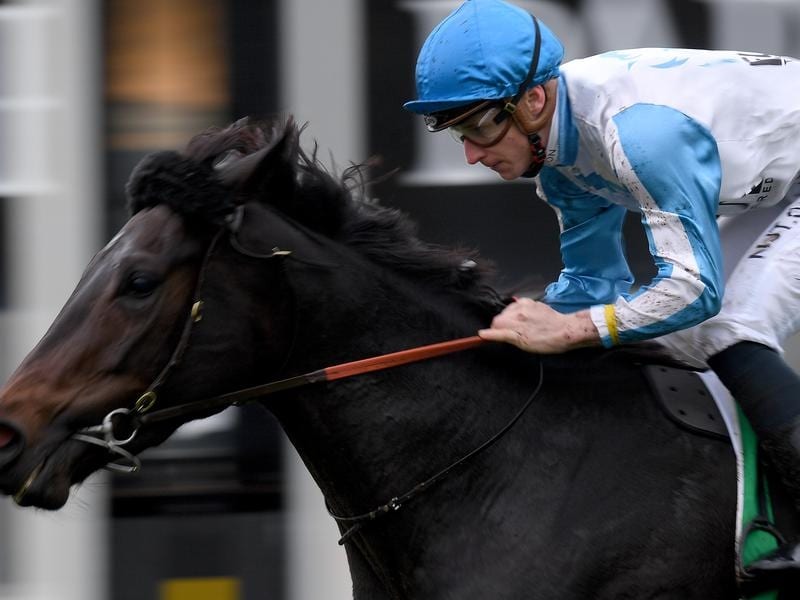 It has taken Estrado 28 starts, but Warwick Farm trainer Gary Portelli believes the penny has finally dropped for the Stratum mare.

So much so that Portelli believes Estrado can overcome her wide draw and chalk up a second consecutive win when she starts at Rosehill on Saturday over 1100 metres in a Benchmark 78.

In addition to winning four races, Estrado has also been placed ten times but Portelli believes the best is yet to come.

Jockey Rachel King who rode Estrado to win at Canterbury at her last start will again ride on Saturday but they have to contend with the outside barrier of gate 14.

“She’s just one of those horses that has promised so much and is now starting to deliver,” Portelli said.

“Every preparation she’s gone to a new level. She’s been unlucky not to have won more races in town and she does race well at Rosehill.”

Estrado has had two starts over Saturday’s course and distance for two second placings.

Portelli also has the consistent Above And Beyond in the Benchmark 78 over 1500 metres.

“He’s been cluttered up from good barriers and been getting blocked for runs his past few starts,” Portelli said.

“Back up to the 1500 metres and we’ll hopefully see him get some clear running and get into the race before the corner.”

Portelli kicks off the day with his two-year-old filly Hollywood Gossip on debut.

The filly is well named being by I’m All The Talk out of the mare Californium and Portelli will use Saturday’s race to get a gauge on where to head next.

“She’s by a stallion I used to train and she’s trialled nicely both times,” Portelli said.

“Barrier one will certainly help her get around in her first start.

“It’s more of a look-see for her at the moment and then we’ll work out what sort of horse we’ve got based on what we see.”

Portelli unveiled a bright two-year-old last week at Canterbury with his filly Hi Hi Hi bolting in on debut by three and half lengths.

There could be bigger races in store for the Winning Rupert progeny and Portelli believes there is still improvement to come.

“We’ll look at either the Widden or the Millennium now.”