Portelli Sticks To A Good Thing At Doomben 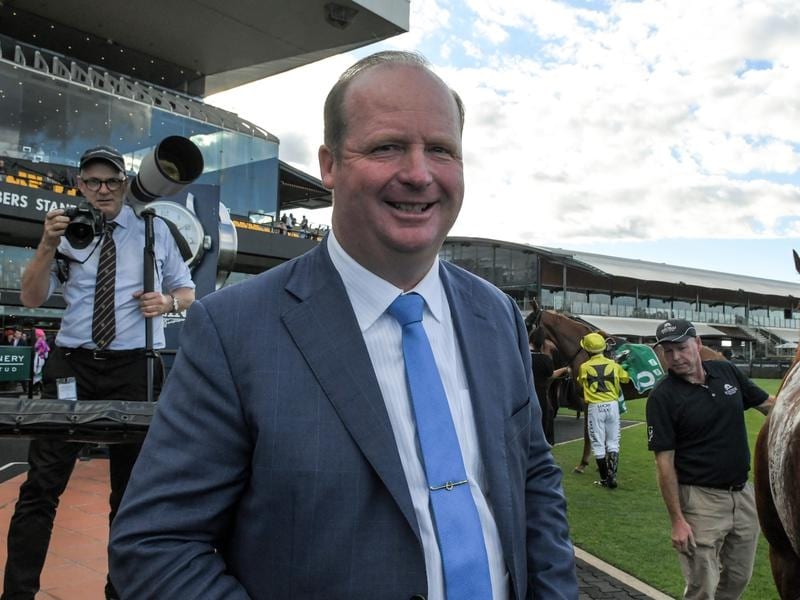 Sydney trainer Gary Portelli is adhering to the principle of when you find a good thing stick with it.

Portelli will be chasing a Brisbane winner for the third week in a row with Single Bullet in the VAE Group Handicap (1050m) at Doomben on Saturday.

Single Bullet was an impressive Eagle Farm winner two weeks ago and the Portelli-trained Picaro won at the same track last week.

“The Sydney carnival this year is very strong and you have to look elsewhere to place your horses where they can win,” Portelli said.

“Brisbane provides that for horses such as Single Bullet at this stage of their career.”

Single Bullet has won only four races and is paying at the weights for earlier form in black-type races.

He won the Group Two Pago Pago Stakes as a two-year-old and has since been placed three times in Group races.

“Michael has won two of his past three rides for me so why change,” he said.

Another Sydney stable, the Snowden training partnership will be seeking weaker company and a dry track with Grande Rosso in the TAB Handicap (1350m).

Eight-year-old Grande Rosso was only been to Doomben once, winning the Listed Mumm Stakes in June last year.

“He has won seven races in good going,” he said.