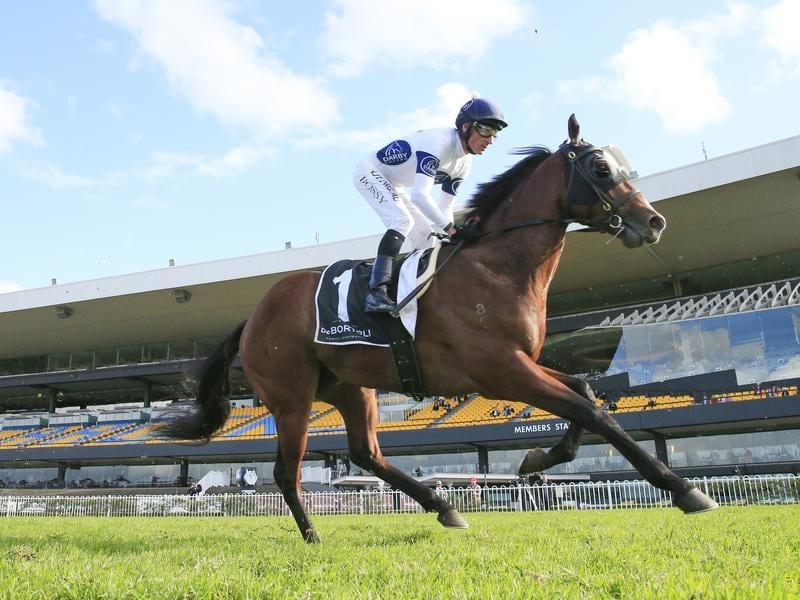 Gary Portelli remains convinced Time To Reign can turn around an inglorious first-up performance and put his racing career back on track.

A stakes-winning two-year-old and half brother to Group One winner She Will Reign, Time To Reign has competed just twice since finishing fifth in the 2019 Golden Slipper.

His most recent appearance at Rosehill last month was forgettable when jockey Glen Boss was caught back and wide off a slow speed and Time To Reign travelled fiercely before trailing home behind the field.

“He was in no-man’s land, there was nothing he could do,” Portelli said.

“The horse basically went through the first 600 on one breath and by the time he straightened up he was a spent force.

“It was pretty ordinary to watch but I know he can bounce back from that. He’s better than that.”

Time To Reign will be given the chance to justify his trainer’s faith when he steps out in the July Sprint (1100m) at Rosehill on Saturday.

The three-year-old was ordered back to the barrier trials by stewards after his first up flop, leading throughout to win a 1030m heat at Rosehill on Friday.

Portelli was equally keen to give Time To Reign a solid hit-out and rid him of the raceday nerves that are an affliction early in his preparation.

“I just want to get the edge off him, he gets fired up on race day and forgets he’s a racehorse,” Portelli said.

“He is a bit of a nervous nanny on race day at the start of his prep.”

Two of Time To Reign’s three career wins have been over Saturday’s Rosehill 1100 metre course.

Robbie Dolan, who partnered him in his recent trial, will have his first race ride on the three-year-old.