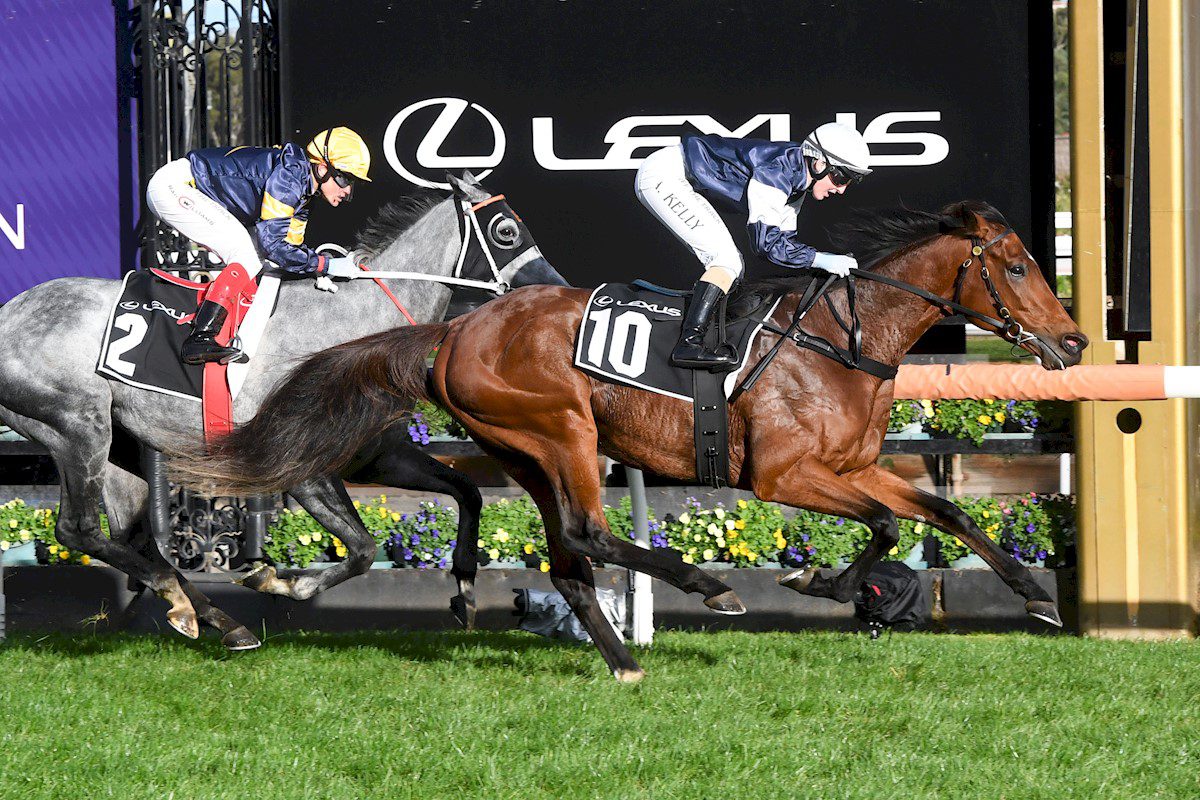 Point Nepean won himself the golden ticket into the race that stops a nation, thanks to a brave ride by Alana Kelly in Saturday’s Andrew Ramsden Stakes (2800m) at Flemington.

With a ballot exempt spot in November’s Melbourne Cup (3200m) the grand prize, Kelly put the talented up-and-coming stayer in an awkward position in the run – wide without cover.

After whipping around the field as the field approached the final turn, Kelly had her mount moving up four wide under pressure.

He had to continually fight off proven stayer Luncies and the fast finishing Through Irish Eyes, but Point Nepean packed plenty to claim victory.

The staying star is owned by Melbourne Cup leviathan owners Lloyd & Nick Williams, with Nick saying that the horse has “continued to come forward” in recent months.

“It’s amazing, it’s a great credit to all of ourteam up at Macedon,” Nick Williams said.

“This horse has really come forward over the last 2 or 3 months. You don’t see them win like that very often, particularly an inexperienced horse against seasoned stayers.

“He was very poorly weighted in that race today, and it was probably fair to say that everything that could’ve gone wrong for Alana went wrong, but the great thing about her, and this is why she will be such a good jockey is she didn’t panic, she kept the horse in a rhythm, once the pace came out of the race she got herself into a position to win and the horse did the rest for her.”

Point Nepean is now into $34 with online bookmakers for the Melbourne Cup.