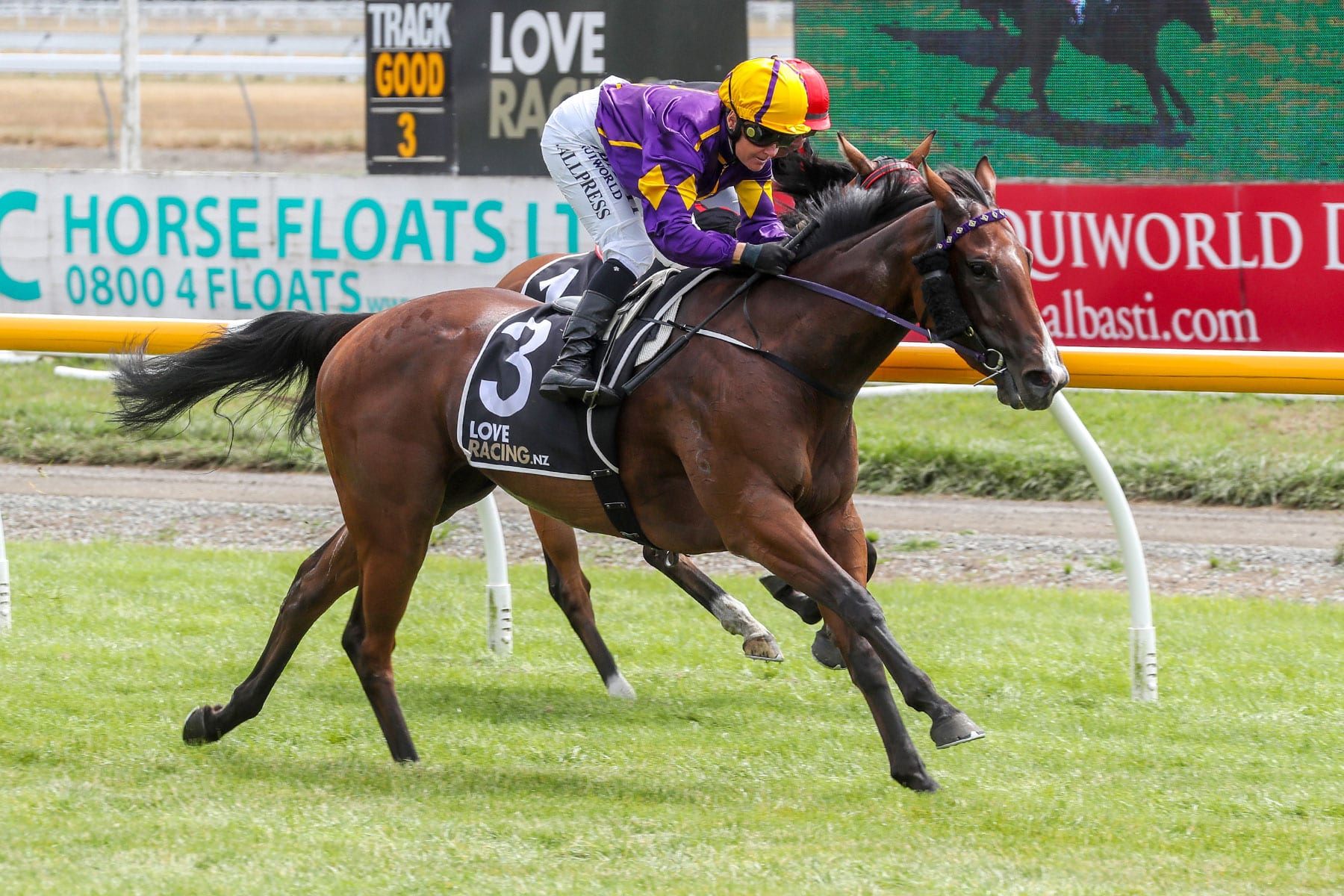 Live Drama will be out to secure her first stakes scalp on Saturday when she contests the Listed NZB Airfreight Stakes 3YO (1400m) at Wingatui. The three-year-old daughter of Ghibellines came close two starts back in the Listed Gore Guineas (1335m), but was pipped at the post by the fast-finishing Lightning Jack.

“Her run in the Gore Guineas was excellent,” trainer Lance Robinson said. “She had every chance, but I don’t think she saw the winner coming. He came from way out wide and she was on the fence.” Robinson elected to bypass the Listed Dunedin Guineas (1500m) in favour of a 1200m contest at his home track of Riccarton and that move paid off with Live Drama recording a 1- 1/4 length victory over Saturday’s race rival Miss Federer.

“We were just using that race as a stepping stone for somewhere to go in-between runs,” Robinson said. “The Guineas at Dunedin was 1500m, so I thought we were better off missing that and instead race over 1200m at Riccarton and then onto the fillies race. “She came back to Riccarton and raced really well, it was a good win last start. She has come on really good since that run.”

Live Drama will jump from barrier 12 on Saturday, but that holds no concerns for Robinson. She goes forward anyway, so I don’t think it will be a problem, not at Dunedin,” he said. “She should be able to go forward and slot in with a little bit of cover. “Her work was excellent yesterday (Tuesday) morning and she has really thrived since her Riccarton win. We are really happy with where we are at. She should run really well.”

Robinson is weighing up his options after Saturday’s run, with a spell a possibility. “Whether we carry on for the rest of the fillies races in the series or give her an autumn break, we will assess her after her run on Saturday,” he said.

Robinson will also take three-win mare Vasiliki south to contest the KB Contracting R72 1200. The daughter of a Showcasing heads into the race off the back of a win and runner-up effort and Robinson believes she will also be very competitive on Saturday. “She has been racing really well,” Robinson said. “She won at Dunedin the start before last and she is another horse that appreciates a bit of cut in the ground and she will probably get that back at Dunedin. She should run really well.”