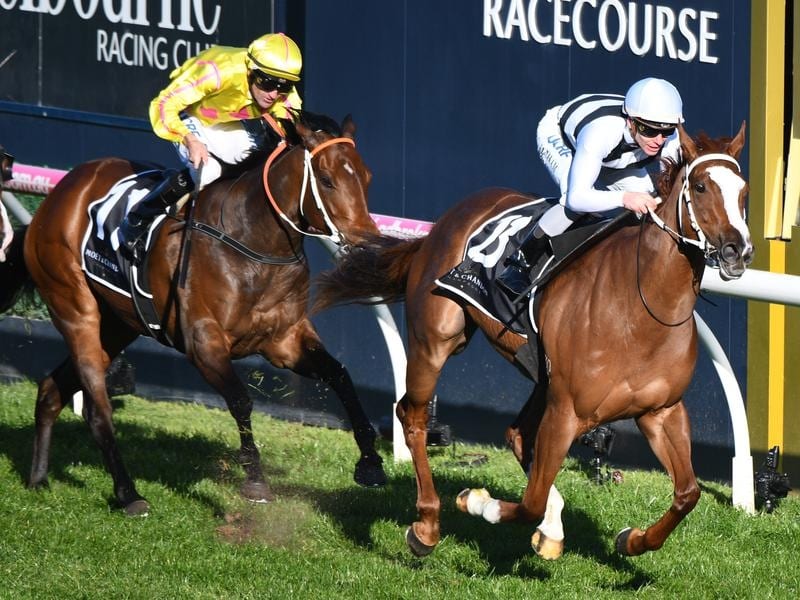 Co-trainer Chris Meagher says he will take a gentle approach with Pippie despite the mare’s graduation to stakes level at Caulfield.

Pippie is unbeaten in three starts this campaign after leading throughout to claim Saturday’s Group Three Cockram Stakes.

Meagher, who trains in partnership with his father John, said Pippie was finally starting to mature but is unsure how far the mare can stretch into the spring.

He hopes Pippie will return to Caulfield in three weeks for the Group Three How Now Stakes, a race he won in 2017 with Savanna Amour following that mares Cockram Stakes success.

Ridden by Ben Melham, Pippie was sent out the $2.05 favourite and defeated Spanish Whisper ($15) by 1-1/2 lengths with Sylvia’s Mother ($4) a short-head away third.

“She can become light quite quickly, but in saying that she is 15 kilos up on last year,” Meagher said.

“That shows she’s definitely maturing, but we’ve got to treat her with kid gloves so on the way home we’ll go to the chemist and find a big bundle of cotton wool and wrap her up.

“We think she can get to the big Group One’s in time, but we’re in no hurry.”

What impressed Meagher was the way Pippie defied Saturday’s racing pattern by leading throughout.

“I said to Dad before the race that no leader has won today,” Meagher said.

“We said to Ben, one or two off the fence wasn’t the ideal spot, so come off it and hopefully the second favourite runs up there in the slow lane.

“That actually happened, so it’s worked out well.”