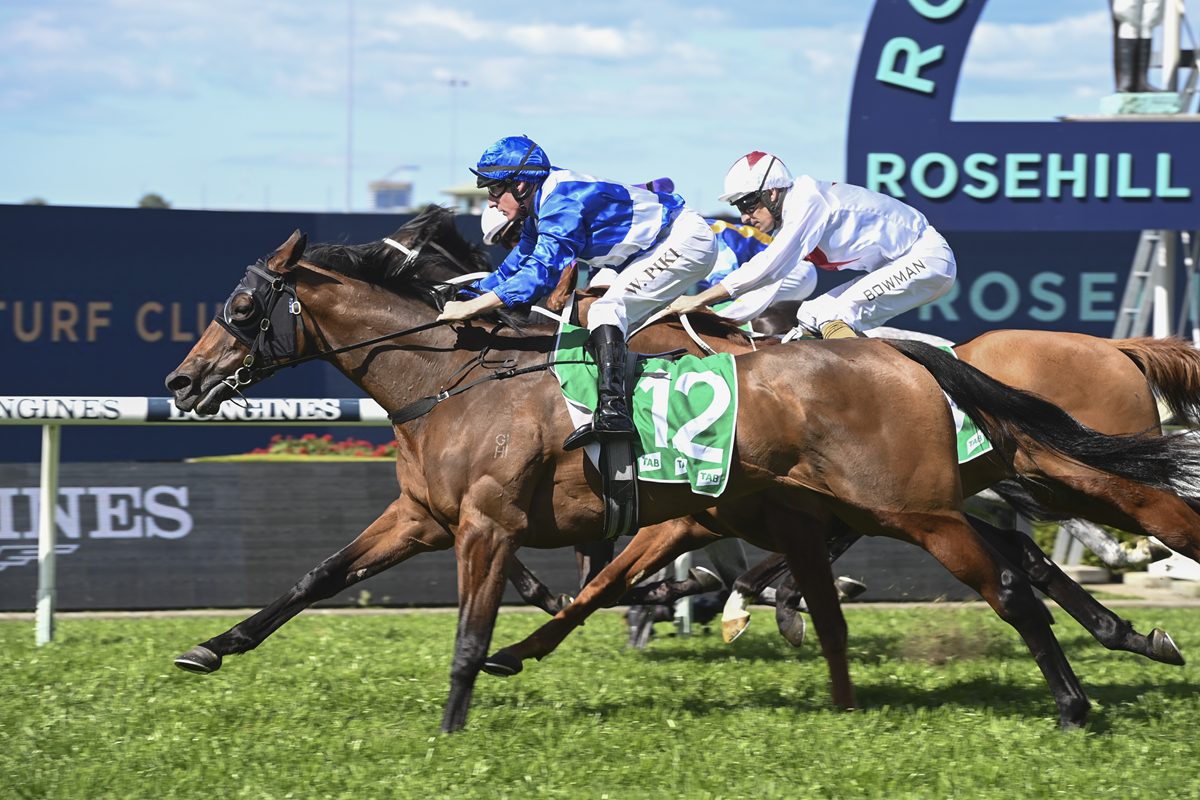 Trainer John Sargent thought enough of Pink Ivory to take two shots at Group One glory as an autumn three-year-old, but an impressive come-from-behind win at Rosehill on Saturday has him even more excited about the Kiwi-bred mare’s prospects in the months ahead.

Making her second start in a new campaign and stepping up from 1550m, the daughter of Redwood produced a powerful late burst to take out the fourth event at Rosehill.

Taken back from her wide gate by jockey William Pike, Pink Ivory was towards the rear of the field at the top of the home straight. With 200m remaining, she was still well off the pace in seventh.

But the four-year-old worked through her gears and hit full flight in the last 100m, lunging past the Chris Waller-trained pair Kalino and Hameron to score a narrow but impressive win.

Bred and raced by Westbury Stud owner Gerry Harvey, Pink Ivory has now had eight starts for three wins and a placing. She won two of her first four starts last season, prompting Sargent to shoot for the big time during Sydney’s autumn carnival. Pink Ivory finished fifth in the Group 1 Vinery Stud Stakes (1850m) and ninth in the Group 1 Australian Oaks (2400m).

“I was watching from halfway up the straight today and thought she’d run third, so I was delighted when I heard the commentator say that she won,” Sargent said.

“I think she should be in for a good preparation. She comes up pretty quickly, which she showed last time when she won second-up.

“The ride was very good. He weaved through, didn’t go right around them, and that probably saved a lot of ground and got us up in the finish.

“She might be a 2000 or 2200m horse this time in. The Oaks was probably a bit too far for her, but she’s also a lot more mature now. Mentally and physically she’s improved, and I think she’ll only get better with time.”

Pink Ivory is one of six winners from six foals to race for the high-class mare Lotteria, who herself won eight races including the Group 1 Myer Classic (1600m) and Flight Stakes (1600m).