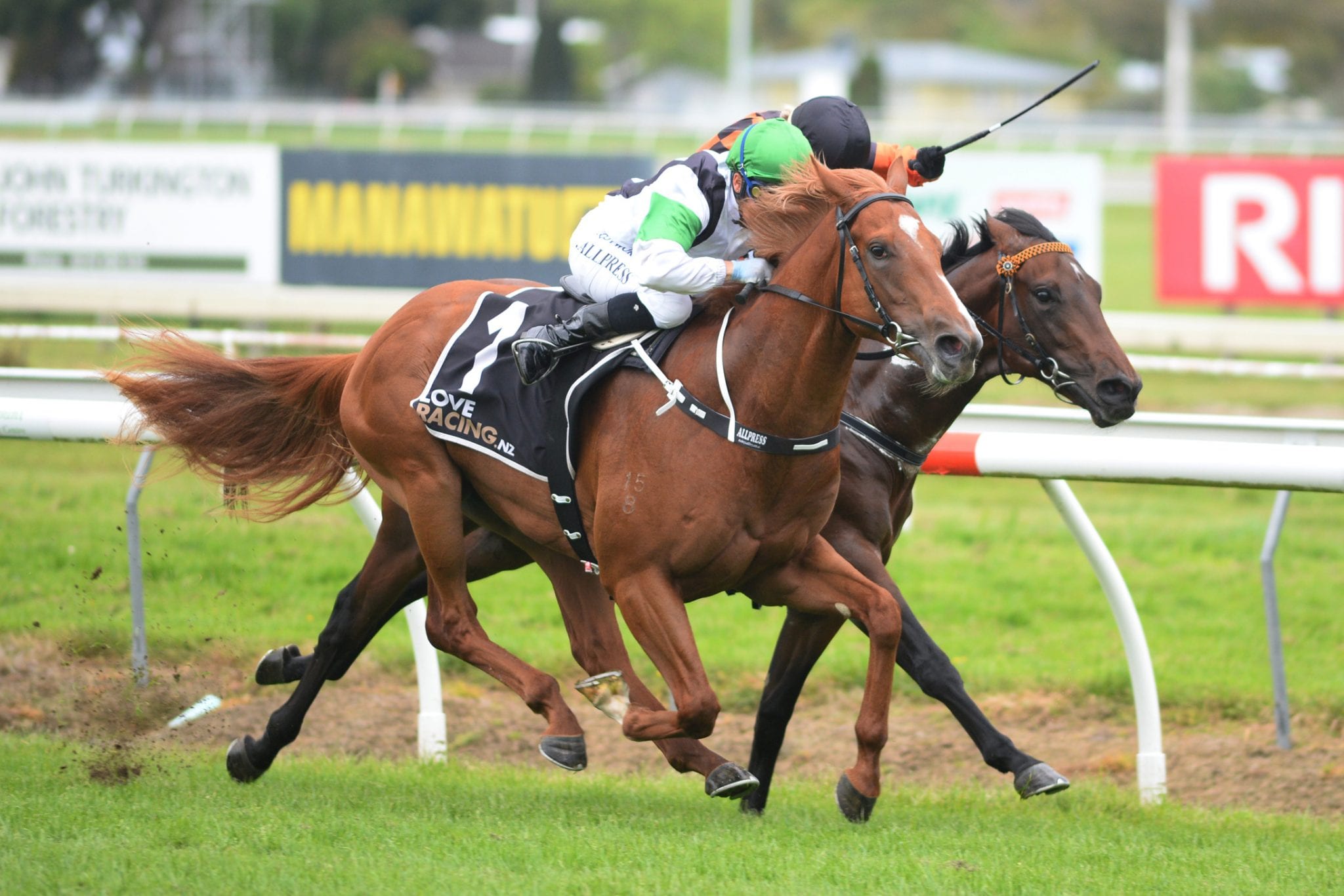 Cambridge trainer Tony Pike will head south to Trentham on Saturday to a wet welcome, with rain forecast for the weekend’s premier meeting. Despite the gloomy outlook he is set to bring his own storm on Saturday in the form of unbeaten two-year-old Stormy, who will contest the Group 2 Pete’s Joinery, Precise Design & Build Wakefield Challenge Stakes (1100m).

The promising juvenile beat home Wakari on debut, and the Roydon Bergerson-trained gelding subsequently went on to win impressively by four-lengths in his next start. However, Wakari won’t be seen on raceday for the rest of the season after he chipped a Sesamoid in the race.

Pike was pleased with Stormy’s debut win and he is hoping for a repeat performance this weekend. “It was good. He was pretty green around the corner that day but it was a pretty tough effort,” he said. “Roydon’s horse has since gone out and won again since that race. He was strong to the line and past the post.

Meanwhile, Pike will be hoping for an improved performance from evergreen galloper Endless Drama when he contests the Electroux 1200 at Ellerslie on Saturday. The nine-year-old entire was unplaced in his first-up run in the Listed Legacy Lodge Sprint (1200m) at Te Rapa, and Pike said his performance on Saturday will dictate his future.

“He had a long time off,” Pike said. “He came back and trialled really well, but he just raced too fresh (last start). He tried to do the whole thing on one breath. “We will ride him a lot colder on Saturday and if he can get smothered up and get some cover he has got the class to be competitive.”

While the globetrotter’s better days are behind him, Group 1 targets are still in the offing if he performs well this weekend. “He is an older horse now and it is all going to depend on his form,” Pike said. “We have got him in the Railway (Group 1, 1200m) and the Telegraph (Group 1, 1200m) and if he finds some form they are two nice races for him. “He is a nine-year-old stallion now so what is left in the tank we will find out in the next few weeks.”