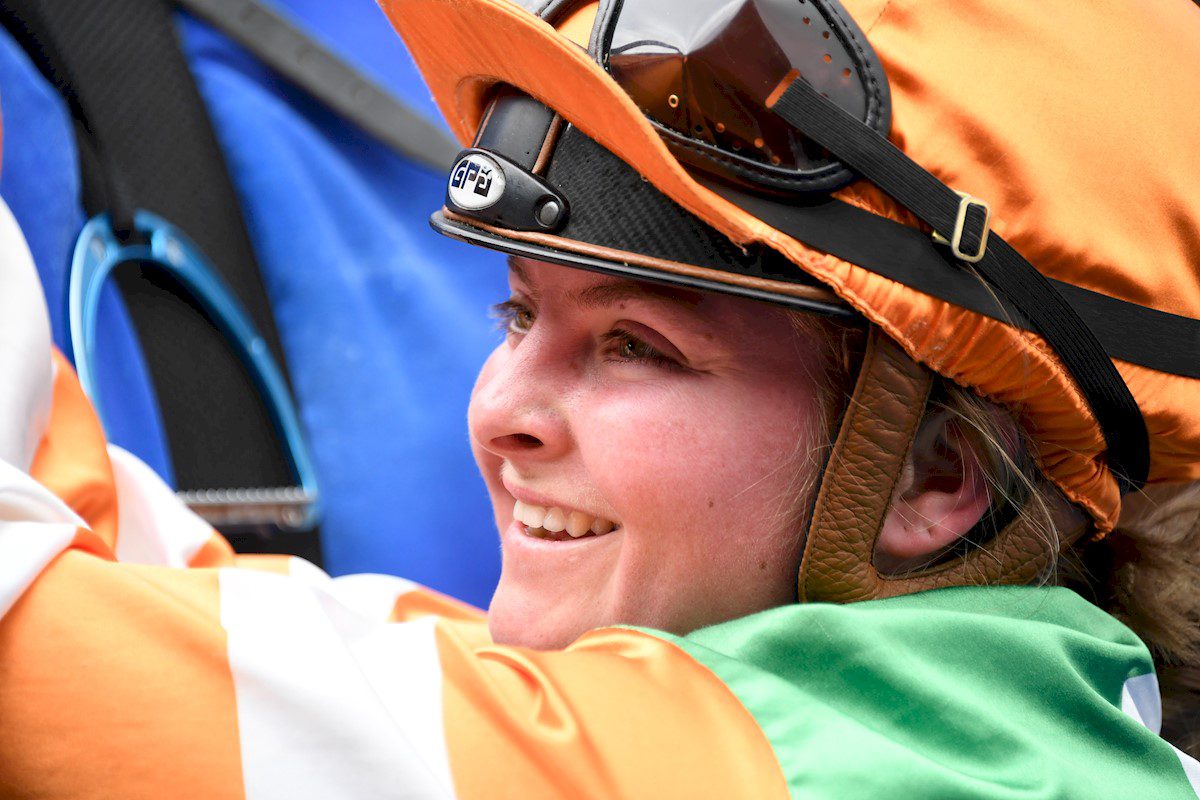 Wind back the clock 12 months ago and Alice Springs-based jockey Jessie Philpot was on cloud nine.

The 27-year-old could not keep out of the spotlight when she partnered the Nicole Irwin-trained Highly Decorated to one win after another during the Darwin Cup Carnival.

Arriving from South Australia with a rating of 49, Highly Decorated kicked off his 2021 Top End campaign in April with a third against 0-54 opposition over 1300m with Philpot in the saddle.

Alice Lindsay was on board when the four-year-old gelding won a Class 2 race over 1300m, while Philpot finished fourth on stablemate Chromium.

Call it fate, but circumstances saw Philpot replace Lindsay and Highly Decorated, whose only win before arriving in the NT was a 1300m maiden on Scone Cup Day in May 2020, went on to win his next six starts.

It was an astonishing achievement and Philpot had every reason to be excited when Highly Decorated returned to the NT in May for another Darwin Cup campaign.

Sadly, it wasn’t meant to be for Philpot, Irwin and the connections of Highly Decorated as the horse suffered a tendon injury to his near fore after winning his first race back at Fannie Bay over 1200m (0-79) on June 4.

The five-year-old has since had surgery at the Morphettville Equine Clinic in Adelaide and fingers crossed he’ll head back north for the 2023 Cup Carnival.

Highly Decorated’s absence means it has been a relatively quiet Darwin Cup Carnival for Philpot this year, which is surprising considering her success last year.

“It was a very crazy time last year,” she said.

“Had a great time – it’s a lot different this year.”

The former Queensland hoop, who only arrived in Alice Springs from Victoria last year to ride for Red Centre trainer Greg Connor, did get to taste 2022 Darwin Cup Carnival success on Saturday.

Philpot, who has also ridden in Canberra and Tasmania, piloted the Connor-trained Flying Start to victory in the $40,000 TROBIS 3YO 0-68 Handicap (1200m).

Happy to sit well behind a decent bunch of rivals that included First Crusade, Super Famous and also Isola Bay, who arrived just days earlier from WA, Flying Start began to work through the gears as the field left the back straight.

The former Victorian galloper continued to make ground rounding the final bend and, once turning into the home straight, kicked clear to win by three and a half lengths from Robert Gulberti’s Isola Bay (Brad Rawiller) and John Peacock’s Super Famous (Adam Nicholls).

Chloe Baxter’s First Crusade (Casey Hunter), who burned his fellow three-year-olds over 1100m (0-66) a fortnight ago, was fourth in the six-horse field.

Flying Start’s performance mirrored his victory in the NT Guineas (1600m) in Alice Springs on April 16, when he was well adrift of the pack before storming home to win by eight lengths.

After another win at Pioneer Park and a second at Fannie Bay on debut, Flying Start finished seventh as the favourite – nine lengths behind the winner, Wolfburn – in the $75,000 Darwin Guineas (1600m) on July 2.

Suffice to say, NT Derby plans were scrapped in favour of the premier three-year-old sprinting event of the carnival.

Philpot and Flying Start have a unique bond.

The jockey, who started riding the bush circuit around Brisbane in 2015, celebrated her 100th win on the horse when he won on his Alice Springs debut in a 1200m maiden on April 2.

“He put his best foot forward on Saturday, which was good,” Philpot said.

“In those shorter distances he gets back like that and runs home strong.

“I wasn’t too panicky through the middle stages.

“You’ve just got to let him travel, let him find his own feet.

“I think if you bustle him too much he sort of loses it a little bit.”

After such a disappointing effort in the Guineas, Philpot wasn’t sure how Flying Start would perform on Saturday.

“Yeah, there were a few nice horses in it,” she said.

“You always wonder how it’s going to pan out.

“Anything can happen in those sort of races.

“He started to pick up at the 500m – he just gave me a good feel coming into the corner.

“The last 200m was probably his best.

“It is exciting riding a back-marker if they run home like he does.”

Former Alice Springs-based jockey Dan Morgan, who is Greg Connor’s foreman, has been caring for the horse and stablemate Bold Tropic in Darwin.

Philpot is likely to head back to the Top End to ride the pair come Darwin Cup Day next Monday.

She is still enjoying life in Alice Springs and doesn’t mind flying to Darwin for rides.

The 2021/22 Alice Springs racing season has ended with Philpot booting home 23 winners to finish third behind Stan Tsaikos (35) and Paul Denton (28) in the jockeys’ premiership.

She also rode five winners in the Top End, which included the win aboard Highly Decorated in the Darwin Cup on the first Monday in August last year.

For the record, the Connor stable ended the trainers’ premiership in the Red Centre with 19 wins to finish third behind Lisa Whittle (32) and Terry Gillett (30).

Beyond racing, Philpot has something else on her short-term agenda that she is really looking forward to.

“I’m going on holidays when the Darwin Cup Carnival finishes,” she said.

“I’ll go up and see my sister and my dad and a couple of friends and catch up with everyone on the Sunshine Coast.”