Personal tunes up for Sydney in Kewney Stakes 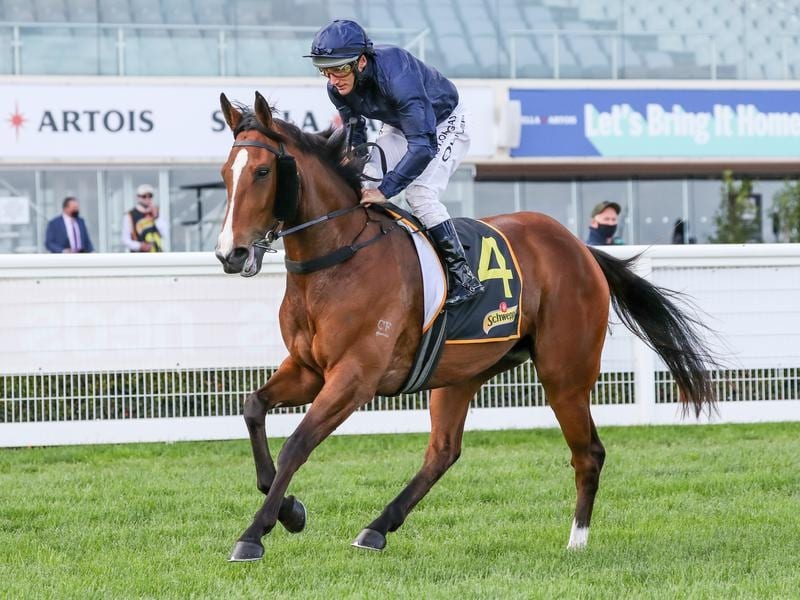 Lindsay Park co-trainer Ben Hayes is hoping that the class of Personal will see her rise to the top in the Group 2 TAB Kewney Stakes and in turn set her up for a Sydney campaign.

After a first-up second in The Vanity (1400m) at Flemington on February 13, Personal heads back to Flemington for Saturday’s Kewney Stakes (1600m) in preparation for two Group 1 targets in Sydney.

Hayes, who trains the filly in partnership with Tom Dabernig, has brushed aside any thoughts the filly may be too dour for Saturday’s assignment.

“That is probably the question mark, but she did come second in a Thousand Guineas which is pretty good form over a mile,” Hayes said.

“I’m hoping class gets her through and the stable is thrilled with her.

“Whatever she does on Saturday, there’s still plenty of improvement to come.”

In the lead-up to her return run, Personal had one barrier trial over 1000m at Geelong in late January.

“She purposely had only the one trial leading into her return,” Hayes said.

“I think at the mile, from that barrier (4), she should get a lovely run with Damien Oliver aboard and hopefully she’s too classy for them.”

Personal is being aimed at Sydney after Saturday’s outing with the Group 1 Vinery Stud Stakes (2000m) at Rosehill on March 27 and the Group 1 Australian Oaks (2400m) at Randwick two weeks later her targets.