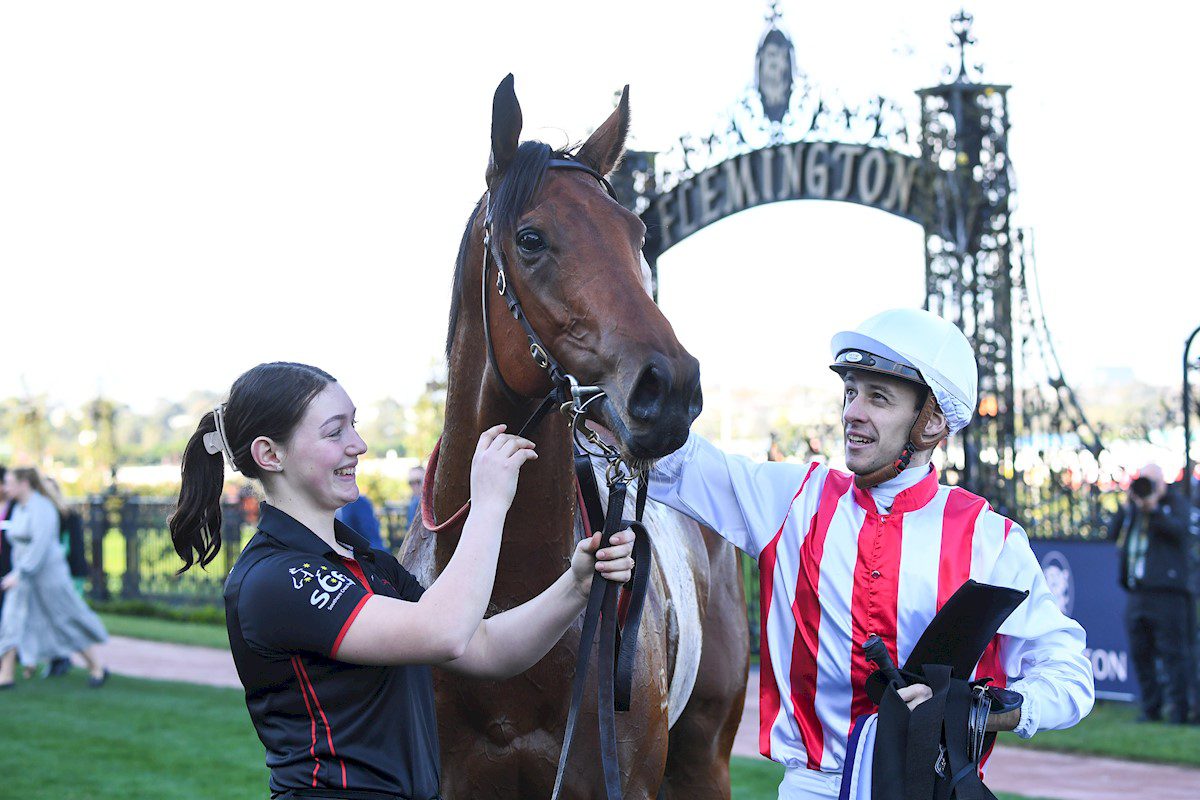 The Grahame Begg-trained filly started a $2.60 favourite with online bookmakers in the 1200m event, giving her supporters a pretty comfortable watch.

Touted to be a race in two with Star Patrol starting a very close second favourite with online bookmakers, spectators weren’t let down as the two classy three-year-olds paired off down the Flemington straight.

It was the filly who got the spoils in the $160,000 sprint, eventually winning by a length over Star Patrol, with Karacasu another length away in third.

“To go and win a stakes race at her fourth run, she’s come a long way in a very short space of time. She’s got a lot of upside.

“You never know until you actually try them out, but every time she’s come to the races she’s kept improving.

She looked absolutely magnificent walking around today pre-race, she displayed it on the track itself. She keeps on just going ahead every time.”

Jockey Jordan Childs has built a good partnership with the filly by Fastnet Rock, having ridden her to victory in all four of her career starts.

Childs said that the race “worked out perfectly” for he and his filly, as she got a comfortable run in transit over the 1200m journey.

“It just worked out perfectly,” he said.

“I was able to get a sit off the leader, she travelled so comfortably the whole way and even though I hit the front early, she was just under a nice hold.

“She still doesn’t know what she’s doing which is the scary bit but she got to the front and was just waiting for them. I think once she can really get challenged she’ll have another couple of gears up her sleeve.”

The unbeaten sprinter will now enjoy a well-earned rest, before targeting the autumn in Sydney.