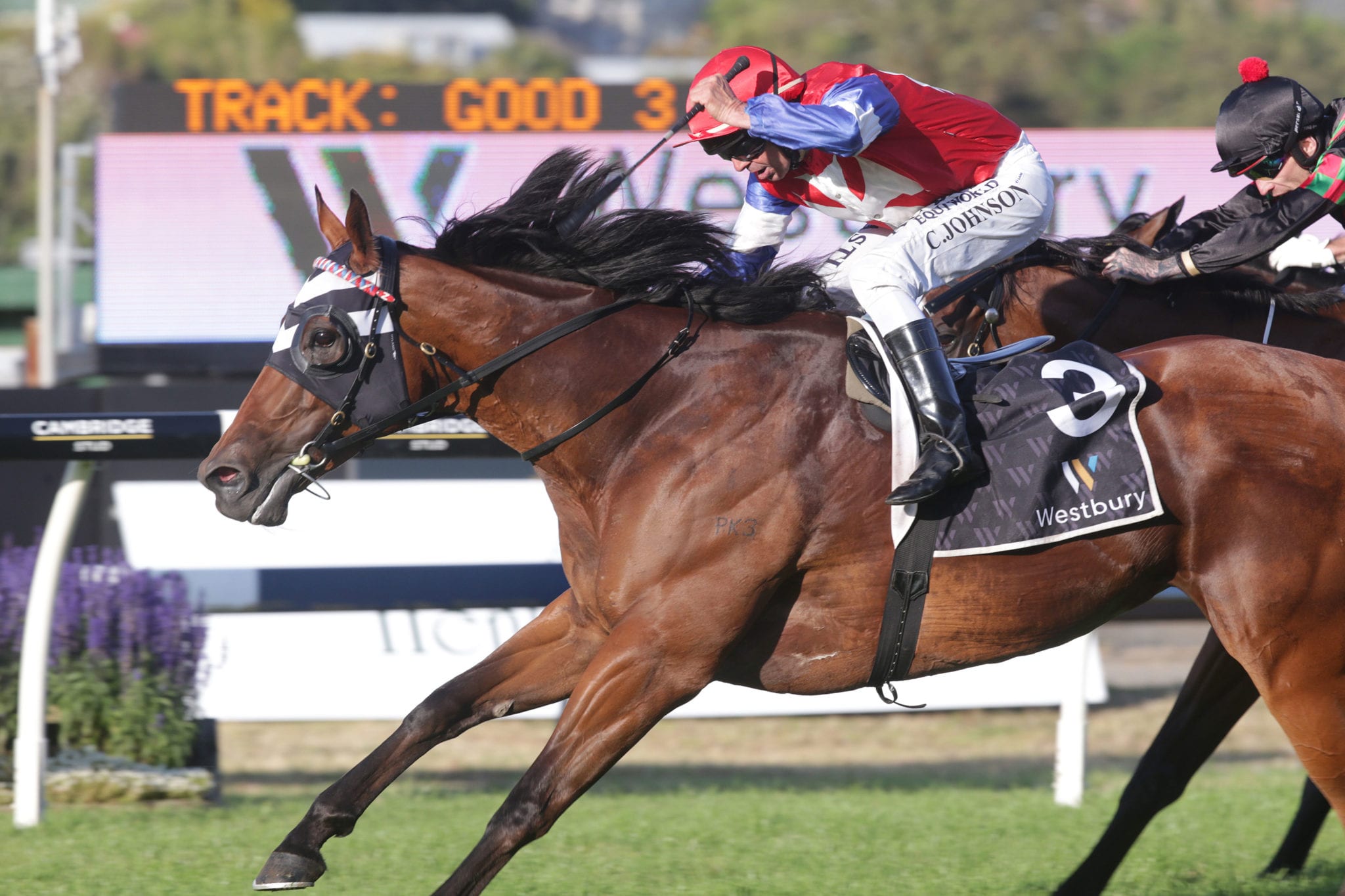 Dreams are free! That’s Karen Parson’s response to any suggestion she could land a Group 1 double with Kiwi Ida and Camino Rocoso at Te Rapa on Saturday. “It’s more likely we’ll head home with our tail between our legs,” the North Canterbury trainer quipped.

Whatever happens at Te Rapa, Parsons can return home with her head held high. Kiwi Ida has done the stable proud with wins in the Group 2 Manawatu Challenge Stakes (1400m) at Awapuni and Group 2 Westbury Classic (1400m) at Ellerslie in her last two starts, while Camino Rocoso was a last-start winner of the Group 3 Trentham Stakes (2100m).

That stream of success combined with the stables’s stakes-winning treble at Wingatui last Saturday has led to a stream of media calls this week. “Usually we fly under the radar. It’s a bit of a worry,” said Parsons, who trains in partnership with her husband John.

Kiwi Ida’s is the TAB’s $9.50 third favourite for Saturday’s Group 1 BCD Group Sprint (1400m) behind Te Akau Shark at $1.70 and Avantage at $2.70 as the Squamosa five-year-old mare shoots for her fourth straight win and 15th of her career. “She’s come through her Ellerslie win really well,” said Parsons, who has Kiwi Ida stabled with Sue Broughton at Mystery Creek. “She’s thrived here. It’s a home away from home for her. There’s a track here and we take her for gallops at Te Awamutu.”

The Parsons are looking for their second win in the Group 1 sprint after Final Touch in 2013. “She’s a completely different horse to the old girl. They are both great competitors but Final Touch had quite a bit of character to her. That’s probably the kindest way of putting it,” Parsons said. “Kiwi Ida is just a doodle. She’s like a pet. You could keep her in your back pocket if you wanted. She’s just lovely to do anything with.”

But how will she go? “No predictions. We’re just hoping,” Parsons said.

Camino Rocoso returned to Balcairn after his Trentham win and floated north earlier this week, arriving in terrific order for the Group 1 Herbie Dyke Stakes (2000m). “He’s really bright. He’s going into this race in terrific order,” Parsons said. “We won’t be doing anything too technical with him on Saturday but he’ll make sure the race is run at a solid pace.”

TAB bookmakers have shortened Camino Rocoso from $21 to $16 for the Herbie Dyke Stakes in a market headed by Sydney raider Luvaluva at $3.60. Next in betting are Rock On Wood and Beauden at $4.40 and True Enough at $4.60.

Camino Rocoso is among a string of former North Island gallopers who have reignited their careers under the beach training regime of the Parsons. “The change does them a world of good. It’s a different lifestyle down with us.”

Among others to have benefited from the shift south is Killarney, a winner of last Saturday’s Group 3 White Robe Lodge Stakes (1600m) at Wingatui and now a likely contender for the Group 1 Haunui Farm WFA Group 1 Classic (1600m) at Otaki on February 22.