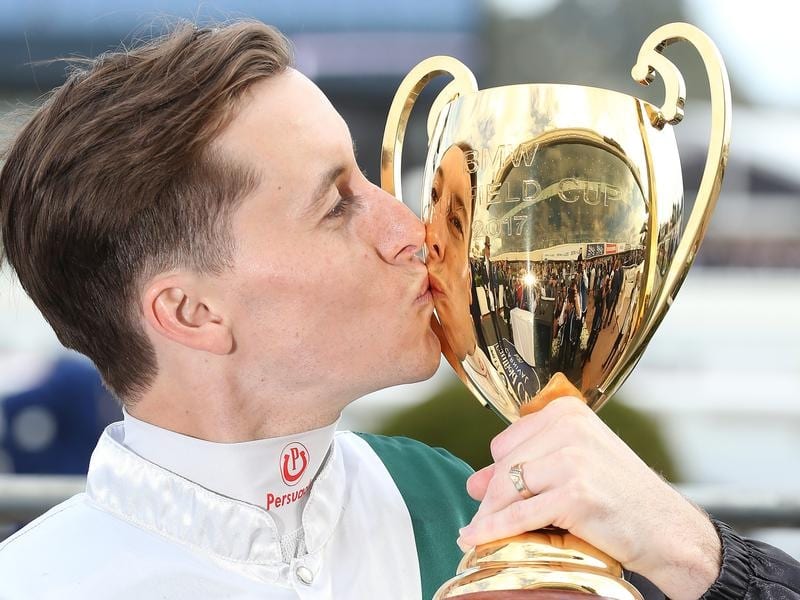 Cory Parish knows upsets can happen in the Caulfield Cup and the jockey is hopeful of another dream result when he rides Qafila in the $5 million handicap.

Parish claimed the biggest win of his career in the Caulfield Cup (2400m) two years ago when he steered $51 chance Boom Time to cause a boilover.

“It was phenomenal,” Parish said.

“I’ve got all his pictures up on my wall so I always see it when I go past.

“And I still pinch myself now that I’ve managed to pull that off and win such a prestigious race.”

On Saturday he again rides in the Caulfield Cup for the Lindsay Park stable, this time aboard the four-year-old mare Qafila who gave him the second Group One win of his career in the South Australian Derby (2500m) earlier this year.

He says he is stoked to get another opportunity to ride in the race and will go in with a similar approach to two years ago with an open mind and see what happens.

“She’s another horse who is going to be around 50/1 but I showed that I could do it on Boom Time,” Parish said.

“So if I can just go in with that same approach, hopefully I can do it again.”

Qafila is yet to win in four starts this preparation and like Boom Time, goes into the Caulfield Cup after running in the Herbert Power Stakes (2400m) the week before.

The mare finished eighth in last week’s Group Two race after sitting near the pace.

Parish was happy after Qafila drew barrier six in a capacity field of 18 plus four emergencies on Wednesday and he hopes the mare can turn up in the same form she showed in the South Australian Derby when she won that race on a seven-day back-up.

“She’s just come back up to that distance again. She ran in the Herbert Power and it was a good run. I was happy with it. She did a little bit of work early,” Parish said.

“I thought she was very strong in the South Australian Derby and if she can just show that same ability again, we’ll be right there.”