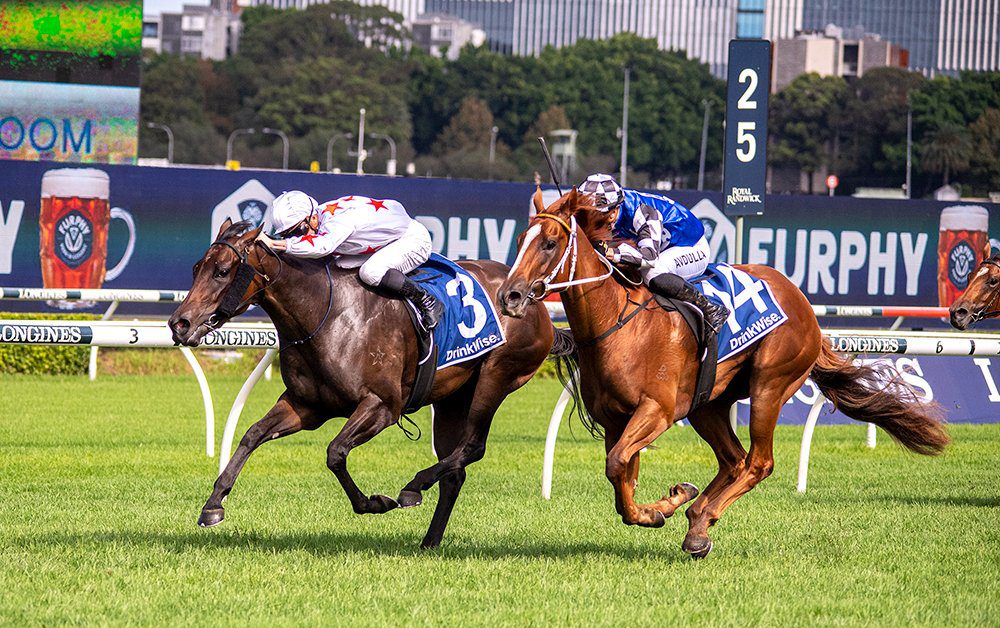 Paris Dior has claimed a narrow victory in the $1 million Percy Sykes Stakes (1200m) at Randwick on Day Two of The Championships, defeating a game Willinga Beast.

The Peter & Paul Snowden-trained two-year-old filly started a drifting $3.90 favourite with online bookmakers, but despite that, she knuckled down to the task to win by 0.15 lengths under James McDonald.

After jumping well from barrier three, McDonald had the daughter of Pierro in the box seat, trailing the leaders – North Star Lass and Sheeza Belter – but luckily the run on the inside came which allowed the pair to accelerate nicely to fight out the finish with the well-supported Willinga Beast.

McDonald described the filly as a “big brute” who has a “great will to win”, which he said really impressed him in her first-up run today.

“She’s a classy filly, she’s a big brute of a thing and she’s got a great will to win,” he said.

“It’s been pretty evident from her trials that we’ve been making sure she jumps and puts herself there. She’s a funny filly, she’s got a real short sharp sprint but when she gets too far back she can’t sustain that gallop. So having her up on speed making up three lengths is a lot better than making up six.”

Co-trainer Paul Snowden says he wants to see the now-Group 2 winner get over further in time, with 1400m the likely next step.

Whether that will be this preparation or next, that remains to be seen.

“We’ve probably got to sit down with the owners and have a look, see what we want to do in the spring now because she doesn’t have to go to Brisbane,” Paul Snowden said.