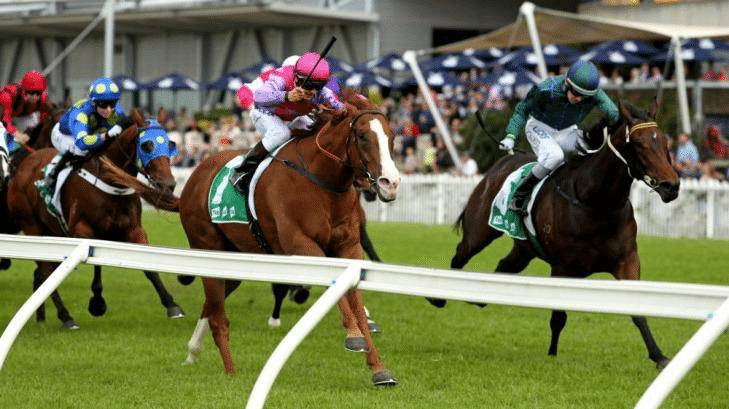 OXFORD Poet jockey Tim Clark is confident of back-to-back wins for his charge following an impressive win in the Winter Stakes at Rosehill.

The five-year-old is the equal $4 Crownbet.com.au favourite for the Winter Challenge at Rosehill on Saturday and having gone close in its previous starts, punters were pleased to see it win in its last start.

The Kim Waugh-trained gelding was ridden by Tim Clark for the first time and the change in rider did the trick. Clark will again ride it on Saturday and he isn’t disguising his tactics prior to the running of the 1500m feature.

“He did a good job last start and controlled the race,” Clark said.

“He can relax well and he’s got a nice cruising speed, so I just need to get him into a relaxed rhythm and he’ll kick well.”

Oxford Poet will likely head forward according to Clark after its all-the-way win last start where it was tackled mid-race, but fought off race-rival Zin Zan Eddie close to the line.

“It looks like he’ll lead again on Saturday and I’ll try and rate him similar to the other day but the query is the weight, that’s my only concern,” Clark said.

“He’s a bit one-dimensional. He likes to roll along and use his good gate speed and tactical speed but he’ll be in the firing line again.

“If he can control the race to suit himself he should run it out strongly.”

It has won three times from six starts at Rosehill, but is trying its hand over 1500m for the first time. Clark believes it is ready to show its best at the distance and it looms as one of his best rides of the day.

“I always thought it was a good possibility he’d improve off his last run and be peaking on Saturday. He’s one of my main chances on the day.”