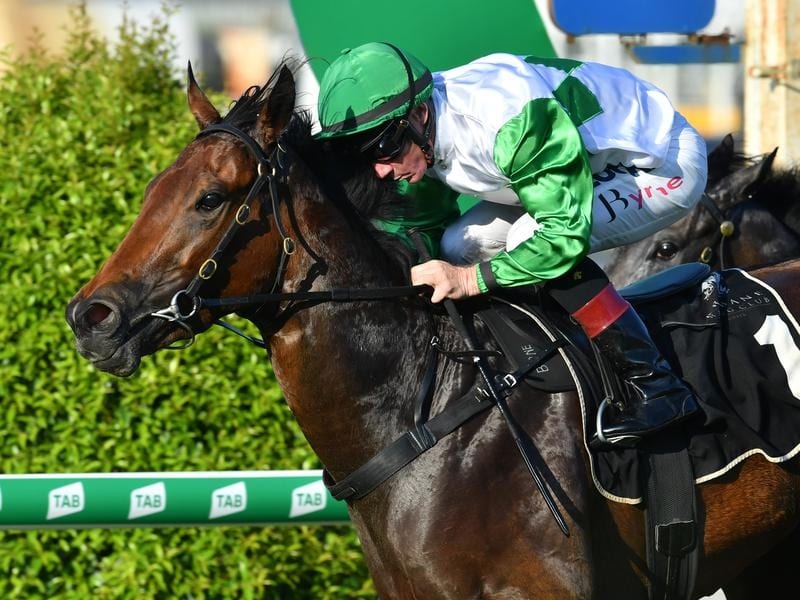 An impressive trial has indicated smart mare Outback Barbie can start another big summer carnival with a win in the Listed Keith Noud Quality at Doomben.

He is growing in confidence he can build on that total with Outback Barbie leading the way on Saturday.

Outback Barbie’s career has been littered with entries in stewards reports but she has still won more than $600,000 prize money.

Outback Barbie has not raced since being unplaced in the Group One Tatt’s Tiara in June.

Gollan deliberately delayed the mare’s return with the summer carnival in mind.

The mare won a trial last month but it was her effort on Monday which was eye-catching.

Outback Barbie made short work of a handy field of sprinters in a 1000m trial at Doomben.

She was attacked in the lead but was too strong at the finish, winning by three lengths in 58.10s, the fastest heat of the morning.

“The Keith Noud Handicap is the perfect race for her as she has a good Doomben record and first-up record at the track,” Gollan said

“Then on to the (Group Three) George Moore Stakes (Nov 23) and we can look at the best way into Magic Millions day where there are multiple options for her.”

Gollan’s million dollar earner I’m A Rippa will also resume in the Keith Noud after a solid trial on Monday.

I’m A Rippa finished third in a trial behind Dr Zous and another Gollan horse, Silvera.

“It was a solid trial because we didn’t want him to do too much. He is another one who likes Doomben,” Gollan said.

“He is also heading to another Magic Millions carnival.”