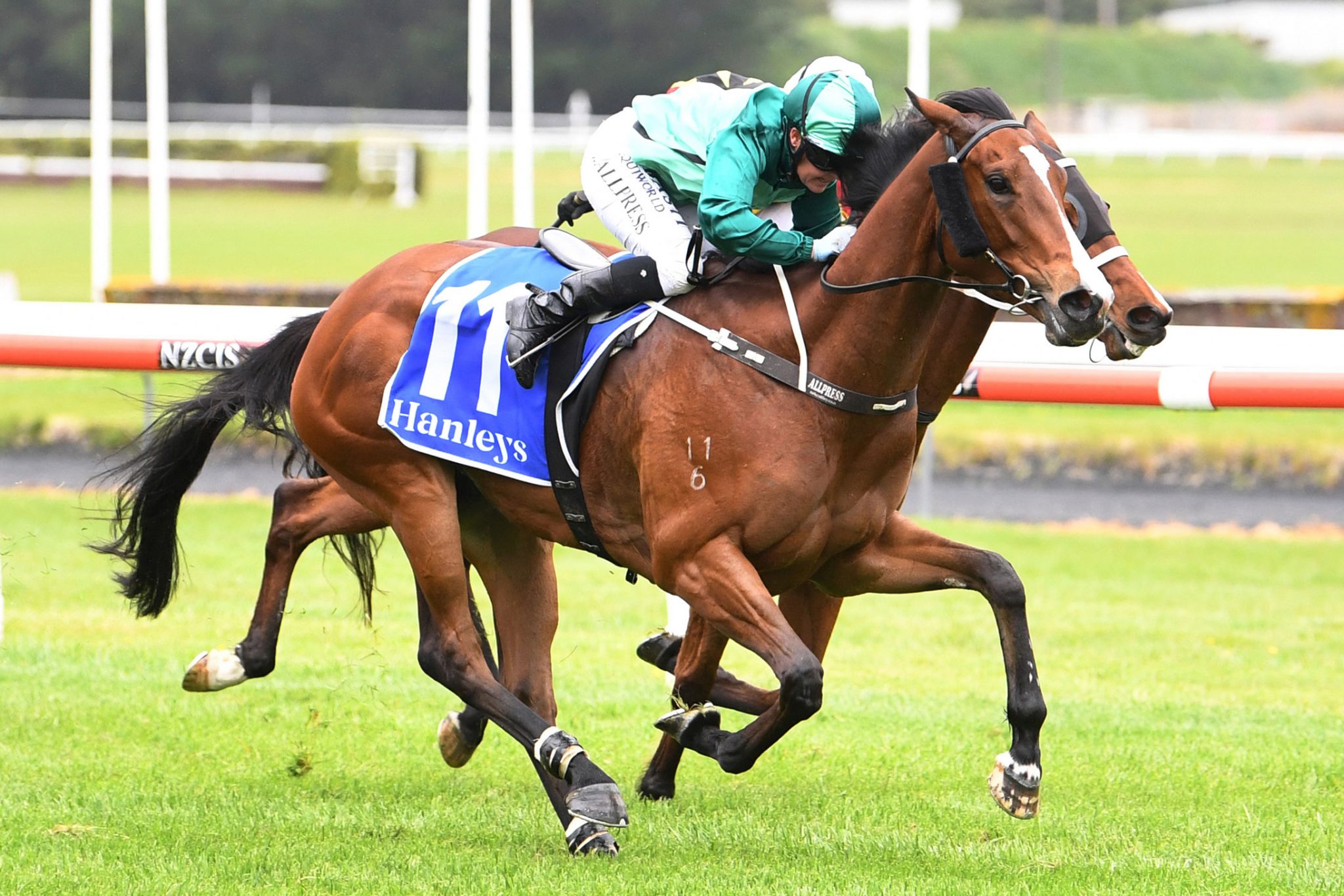 The Johno Benner and Hollie Wynyard-trained Crowning Star will be in search of her first stakes scalp when she heads to Hawera on Saturday for the Group 3 Wyndspelle @ Grangewilliam Stud Taranaki Breeders’ Stakes (1400m).

It will be the five-year-old mare’s third run this preparation after an eighth placing over 1340m and a seventh placing in the Group 3 Metric Mile (1600m), with both efforts impressing her handlers.

“She has gone two pretty good races in big grades. She has been training outstanding, she is going well and the track (rated a Slow9 on Friday morning) won’t worry her,” said Benner, who is keen to win the race sponsored by his former Group One winner, now Grangewilliam Stud stallion, Wyndspelle.

Crowning Star has drawn the ace marble and Benner is hoping jockey Ryan Elliot can guide her to the best part of the track this weekend.

“Hopefully she can get off the inside if it is off and get to wherever the track is playing best,” he said. “If that can happen, I am sure she is going to be in and around it.”

The daughter of Hallowed Crown will come up against some stiff company, including Group One winner Concert Hall, but Benner believes his charge is up to the task.

“It’s competitive racing in those stakes races no matter where you are,” he said. “She has won five from 15 starts now, a pretty good record, and we feel it is her time to step into this grade and hopefully get some black type.”

A race prior, stablemate Victorem will try to improve on her last start third when she competes in the NZB Ready To Run Trainers Series 1400.

The four-year-old mare has been lumbered with 61kg but will get the benefit of apprentice jockey Charlotte O’Beirne’s two-kilogram claim.

Benner will be keeping a close eye on the weather, with a deterioration in track conditions likely to result in her withdrawal.

“It is just a bit of a weather watch to see what the track comes up in the morning. She is pretty good on a slow track, but I don’t know if I would run her on a heavy one,” he said.

“But she is in great order, the blinkers go on and she has been working outstanding.”

Stablemate Macushla has made an immediate impact since joining the Otaki barn this year, placing in her two starts after campaigning in Australia, and Benner expects her to notch another solid result in the Bayleys Taranaki 1200.

“She is ready to peak now,” Benner said. “She has drawn a beautiful gate to get a good run. She is capable on slow and heavy ground, third-up I am expecting a good run from her.”