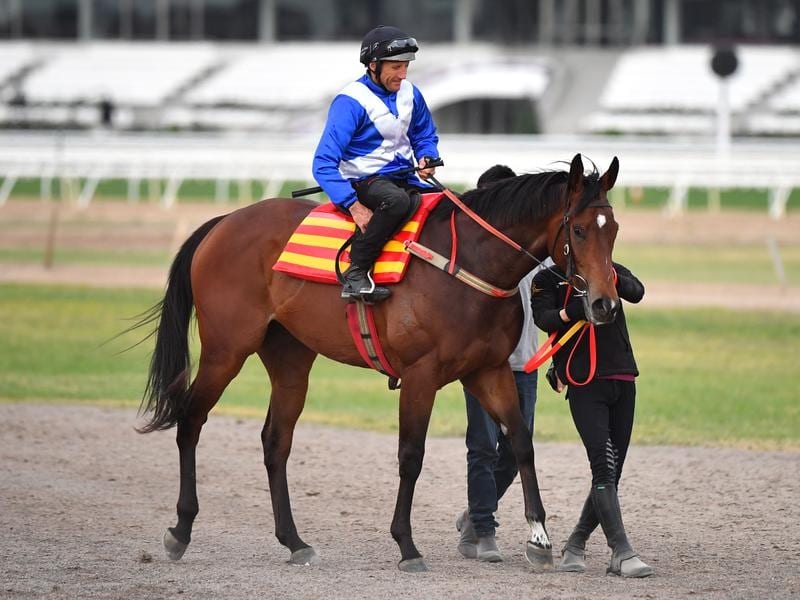 No stone has been left unturned in Libertini’s preparation for the Group One Coolmore Stud Stakes and a few bullish words from big race jockey Damien Oliver have further cemented the belief of her trainer.

Anthony Cummings and owner Gerry Harvey zoned in on the Coolmore (1200m) after Libertini suffered her first campaign defeat when third to subsequent Group One winner Funstar in the Tea Rose Stakes at her first attempt at 1400m in September.

She was given nine days in the paddock then a month of preparations in Sydney before heading to Melbourne where Cummings upped the ante.

“When you know where you’re going and what the plan is you can cut the cloth to suit,” Cummings said.

“She has been in Melbourne for a couple of weeks. She had a trial up the straight last week and she went really well.

“She had a gallop out of the chute up the straight on Tuesday and once again coped with that really well.”

With regular rider Tommy Berry making a long-range commitment to ride at the Golden Eagle meeting in Sydney on Saturday, Cummings locked in the services of the experienced Oliver weeks ago.

Oliver last won the race aboard another filly, Alinghi, in 2004 and after partnering Libertini in her most recent gallop, his feedback was glowing.

“She looked pretty comfortable there when she had her second look (at Flemington) and ‘Ollie’ said it was the best she’d worked since she’d been here,” Cummings said.

“That’s the sort of feedback that makes you sleep well.”

Libertini will bid to become the fifth filly to win the race in the past 15 years, the most recent being Sunlight 12 months ago.

“She was a close-up second to Bivouac at her first race start and he was already a stakes winner at the time,” Cummings said.

“She gave him a big start and ran him to a length or thereabouts.

Everything she has done since that has confirmed that sort of form.”

Libertini is the most fancied of the four fillies contesting Saturday’s Coolmore Stud Stakes and is on the third line of betting at $5.