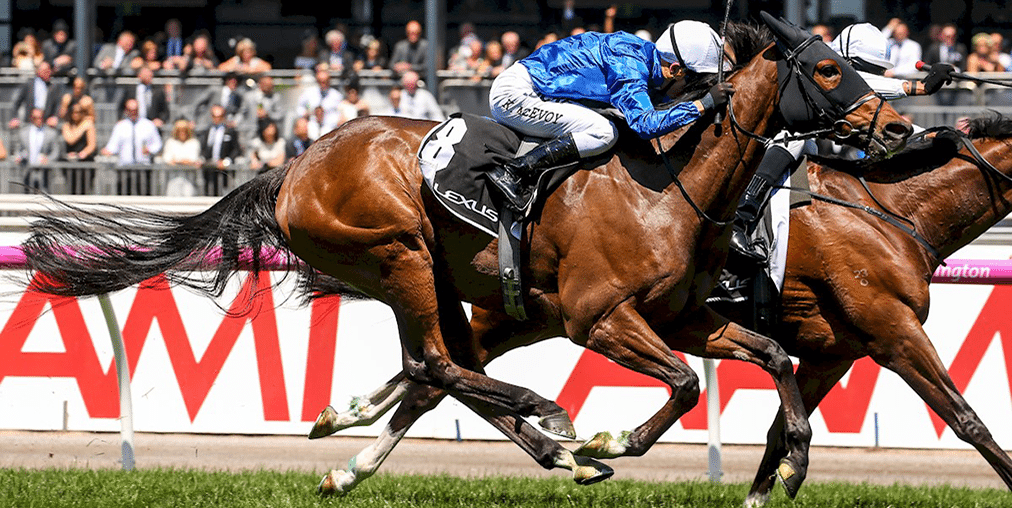 BRITISH import Oceanographer has firmed into the $6.50 second favourite at Sportsbet.com.au for the Melbourne Cup after a barnstorming win in the Lexus Stakes.

Fellow United Kingdom horse Tom Melbourne lead the entire way and looked to have pinched the race at the 400, but a scintillating final 200 sealed the win for Oceanographer as well as the final place in Tuesday’s $6 million race.

The five-year-old son of Sea The Stars scorched the track late in the piece, recording a scintillating time of 33.29 for the last 600m.

“It is perfect, something to aim at,” McEvoy said.

“He was steady early, nice and relaxed in the back half. I was wrapped when I straightened up and I had Tom Melbourne to aim at.

Godolphin trainer Charlie Appleby was full of praise for both horse and jockey after the stable’s first win of the afternoon.

“I say well done to the team and they have done a great job getting this horse freshened up after this last start,” Appleby said in the aftermath of the impressive win.

“There is no better man out there riding, he is on fire, I am delighted for him. He came out of the last race bucking and kicking and a sunshine on his back will do him a power of good.”

Oceanographer will take an additional 1kg to carry 52kg into the Melbourne Cup, where Hartnell remains the $4.50 favourite at WilliamHill.com.au.