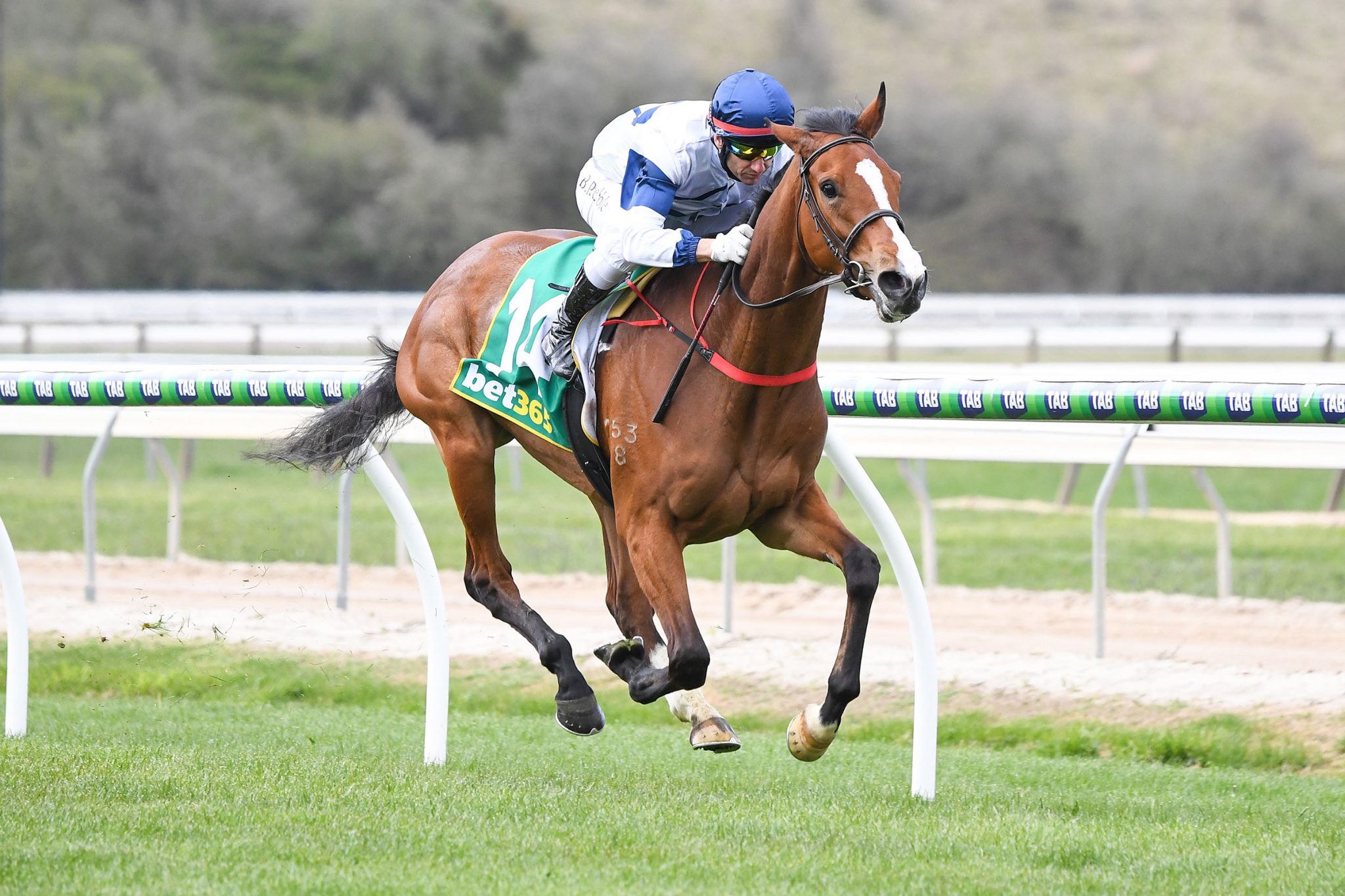 The staying prowess of three-year-old filly Kapalua Sunset was on full display when she streeted her rivals at Kyneton on Tuesday over 1875m.

Prepared by Danny O’Brien, the daughter of Tavistock had finished third on debut over 1512m at Geelong, but relished the additional trip on Tuesday, with successful rider Brett Prebble making it a true staying test, kicking well clear with 400m to run and scoring by a widening seven lengths.

“It was a pretty easy watch. Brett gave her a nice ride, just kept her in a nice rhythm and she put them away quite easily,” stable representative Andrew Edwards said.

“Being a Tavistock filly and a three-year-old, you have got to think there’s possibly an Oaks (on her radar), whether that be this preparation or next, we will let her tell us. That is the path we will look to take.”

O’Brien has proved a master of training staying horses and is happy to step them up over ground without giving them too many runs over shorter distances.

“She is way better than that sort of class. It was a nice stepping stone and a soft kill,” winning rider Prebble said.

“She dropped the head nicely and they were just dropping like flies. She just outstayed them and she is a smart filly going towards the Oaks.

“I think she has got a good head on her and a good staying brain. She has a good set of lungs and wasn’t even blowing.”

Bred by Haunui Bloodstock in conjunction with Jonathan Munz’ GSA Bloodstock, Kapalua Sunset is out of the Group Three winning mare Full Of Spirit, who in turn is out of the blue-hen Zabeel mare Imposingly, dam of five stakes winners.

The win gave O’Brien and Prebble a race-to-race double, with three-year-old Shamexpress filly Maracana proving too good on debut in a maiden over 1212m.

Maracana was bred and is part-owned by O’Brien, who trained her Group One winning Windsor Park Stud sire Shamexpress.

“She has got really good ability, much better than Kyneton. It was a nice educational race and she gave me a good turn of foot in the last 50m and put the race away very quickly,” Prebble said.