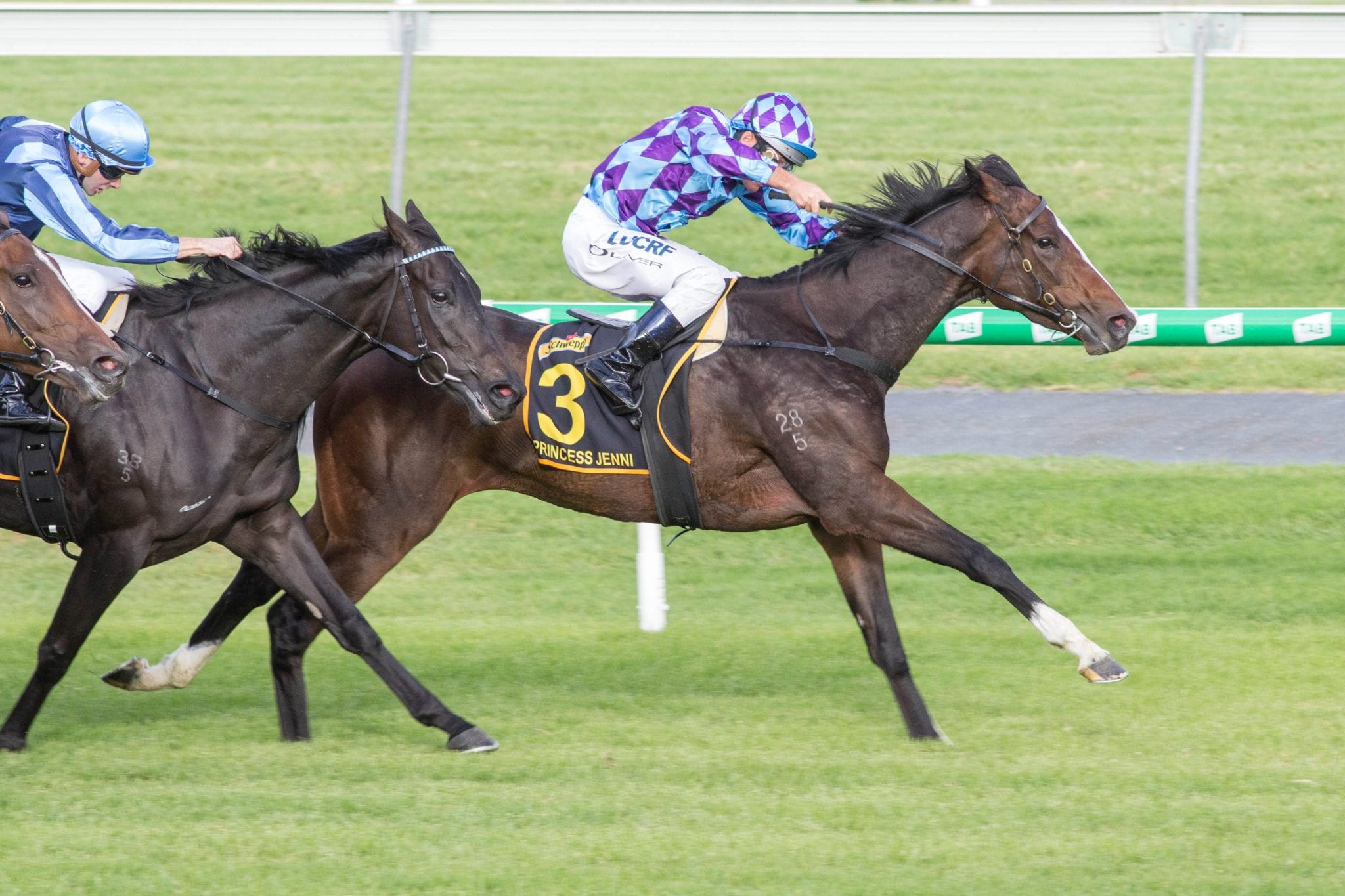 For boutique thoroughbred nursery Sunlight Trust, this has been a week to remember.

The group, made up of Murray and Marg Hardy along with Mills Reef Winery founder Paddy Preston, celebrated a win in their colours at Matamata on Wednesday by Caballero, which followed a dominant trial victory at Cambridge earlier in the week by an unnamed Jimmy Choux filly. But the clear highlight came in Adelaide last weekend, where Princess Jenni surged out of a traffic jam to win the Group 1 Schweppes Oaks (2000m) at Morphettville.

The talented daughter of High Chaparral has now won four of her six starts and more than A$500,000 in prizemoney for owners Tony and Lynn Ottobre and their son Mick. “This week has been a bit of a purple patch,” Murray Hardy said. “It’s what you strive for every day. It’s a game of patience and a lot of time investment, but it’s all worth it when you get results like that. “Marg, Paddy Preston and I make a good little team and we’re very passionate about it. “It was very special to see Princess Jenni win the Oaks on Saturday. We’ve built up a nice friendship with her owners, so we’re getting a lot of enjoyment out of following her career. She’s a very nice filly.”

Princess Jenni, who was a $120,000 yearling purchase at Karaka, is the second Group 1 winner bred by the Sunlight Trust. The first was Veloce Bella, who was born within the first couple of years of the Hardys’ bloodstock venture. She carried their cerise and grey colours to victory in 12 races including the Group 1 International Stakes (2000m) at Te Rapa. “Princess Jenni is our second Group 1 winner, and we’ve also produced some other good performers in recent years like New Universe and Tavisan,” Hardy said. “Our focus has been on building a small, boutique nursery with some quality bloodlines. It’s exciting that we’re starting to kick some goals.”

The Sunlight Trust’s involvement with the Princess Jenni family spans multiple generations. They began breeding from her granddam Glitter Woman more than a decade ago, producing the Oaks winner’s dam Glitzabeel in 2008. “We’ve still got Glitter Woman, she’s out on lease at the moment but will come back to us in the spring,” Hardy said. “Glitzabeel was a good mare for us, we raced her and won five races with her. We mated her to High Chaparral just before he passed away, and the rest is history.” Princess Jenni was Glitzabeel’s first foal, followed by a Tavistock filly and a Power filly. She was served by Turn Me Loose last season. “If High Chaparral had still been around, we would have loved to send her back to him again,” Hardy said. “That’s a really good nick. But there’s a few others around with that High Chap blood.”

Princess Jenni has become a pin-up performer for the Sunlight Trust during a period of expansion. “We’ve got about a dozen broodmares now in a band that we’ve been developing,” Hardy said. “We’ve invested in some mares as well as one or two good yearlings. It’s all been about trying to build up some bloodlines.” One of those yearling investments is Birdsong, a $400,000 purchase from the Pencarrow draft at Karaka last year. She is by Snitzel out of the Galileo mare Scintillula, who won the Group 3 Leopardstown Meld Stakes (1800m) and was placed in the Group 1 Moyglare Stud Stakes (1400m). “We’re looking forward to seeing her make her debut,” Hardy said. “Hopefully that’ll be at New Plymouth this Saturday, as long as the weather holds. We want her to have every chance of starting her career on a good note before we start getting her ready for the spring. It’s an exciting time.”