Nothdurft To Continue Fight Against Ban 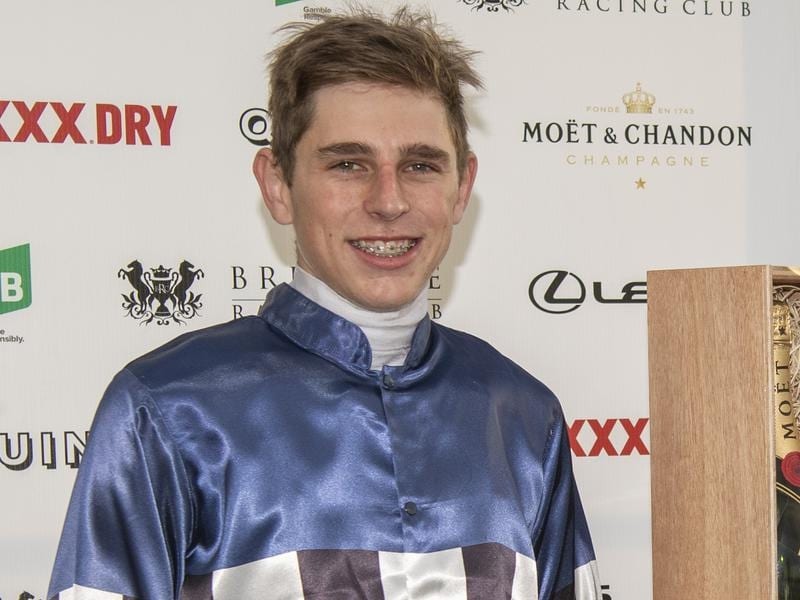 Queensland’s premiership-leading jockey Baylee Nothdurft will take his appeal against a three-month ban to the next level after failing in an internal review.

Nothdurft rode Vega One when the gelding finished fourth in an Open Handicap (1000m) after coming from last on the home turn at the Sunshine Coast on April 25.

Stewards gathered evidence about Nothdurft’s ride in the straight and at the home turn before adjourning an inquiry.

At a resumed hearing Nothdurft was charged with not taking all reasonable and permissible measures to ensure Vega One finished in the best possible placing.

Stewards maintained he failed to ride with sufficient vigour and purpose between the 400m and 300m to improve his position to the outside of Ringo’s A Rockstar.

When leaving the 300m, stewards said Nothdurft failed to ride with sufficient vigour and purpose to take a run between Just Orm and River Racer.

Then, approaching the 150m until the 50m, stewards deemed in a third charge Nothdurft failed to ride with sufficient vigour and purpose to take and improve into a run between Tambo’s Mate and Just Orm.

Nothdurft was found guilty and received a three-month suspension, due to finish on August 16.

But Nothdurft was granted a stay and allowed to ride pending the result of an internal review.

But in a short statement internal reviewer Kane Ashby confirmed the suspension will remain.

Nothdurft has until the end of the week to lodge an appeal to the Queensland Civil and Administrative Tribunal.

He is leading the state jockeys premiership on 94 1/2 winners and the metropolitan title with 70 1/2.

Nothdurft, who is apprenticed to leading trainer Tony Gollan, is expected to finish his apprenticeship at the end of the season.