Not just Wishful thinking ahead of Group 2 Premier Bowl defence 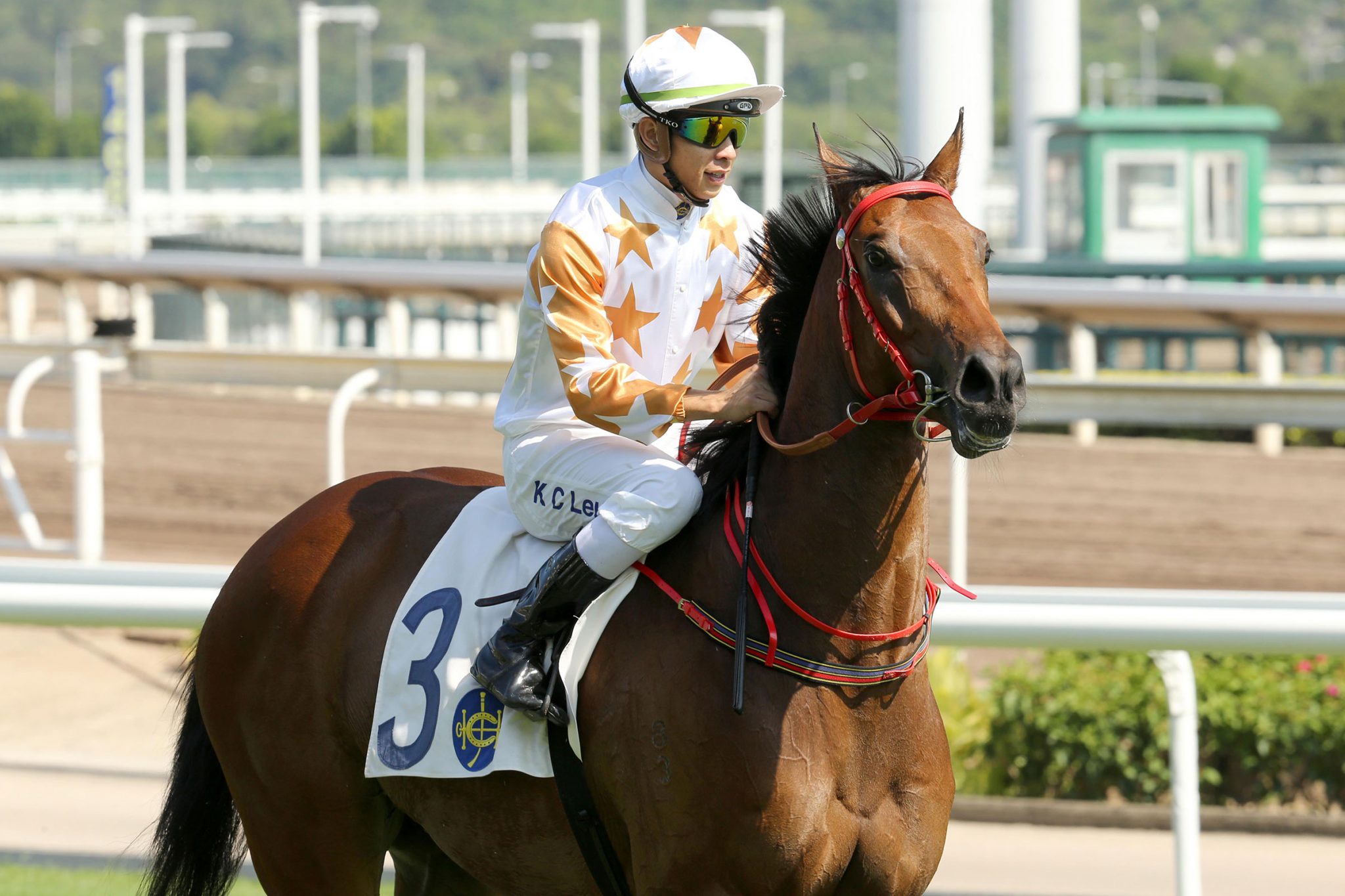 Looking to conquer another set of adept rivals in Sunday’s (17 October) Group 2 Premier Bowl Handicap (1200m) at Sha Tin, the low-flying Wishful Thinker has Derek Leung eager not only for this weekend but the rest of this year too as the veteran sprinter marches towards another LONGINES Hong Kong Sprint (1200m) tilt.

“If he performs as good this weekend, then I think he’ll the run well in the big one, I think he’s been quite honest but he’s just getting a bit older and he always comes from behind, so he needs a bit more luck than other horses but I’m sure he’ll do his best,” Leung said.

“He’s been good in the mornings, the same as usual but this time he’ll carry a light weight which will be a bit different for him,” Leung said.

The son of I Am Invincible heads into the HKD$4.75 million contest with two runs under his belt – just as he did before winning it last year – however this time off the back of a visually improved second-up run when closing for ninth last start in the Group 3 National Day Cup Handicap (1000m), earlier this month.

“I believe so (the light weight will help him), first-up he carried a heavy weight and last time he was ok but the 1000 metres is a bit short for him, though he did finish nicely – I hope he’ll be better over 1200 metres now,” the jockey said.

The 103-rater is a seven-time winner from 38 starts in Hong Kong and finished a close-up fourth to Danon Smash in the 2020 Group 1 LONGINES Hong Kong Sprint (1200m), just two runs after his Premier Bowl triumph.

“You could see he was a bit one-paced over a 1000 metres because he is getting older, so it’s a bit short for him but I didn’t think he did anything wrong, he’s fit and well so back to 1200 metres now – I hope he’ll run better,” Leung said.

At one-time, the PP (Privately Purchased Horse) rated a career-high 120, before his sole trip abroad when he was previously under the care of trainer Richard Gibson, who campaigned the bay to finish a game seventh in the 2019 Group 1 Al Quoz Sprint (1200m), behind Blue Point at Meydan Racecourse, Dubai.

Previously known as Katsuro in Australia, Wishful Thinker – now trained by Dennis Yip – was a two-time winner before export, scoring at Ballarat and Moonee Valley, both times over 1200m for handler Mick Price.

“I’m looking forward to the race because the light weight will make a difference against these horses,” Leung said, referencing the galloper’s 116lb impost.

Looking to enhance his fast-start to the new season, Jimmy Ting will send around a small but sharp team of five at Sunday’s (17 October) fixture at Sha Tin, highlighted by the fairly proficient trio of Super Football, My Sugar and Seasons Bliss.

Stepping out for his second run this term, the three-time winning Super Football rises to 1800m this weekend, while Ting suspects the gelding will one day flourish over further.

The New Zealand-bred narrowly missed out on BMW Hong Kong Derby (2000m) selection last campaign but did manage to snatch an end-of-season Class 2 over nine furlongs.

“I hope he can (one day get to 2400 metres), I think he could be a different horse over that trip but his form is better for this start, so I do think he’ll run better,” Ting said.

My Sugar is looking for a hat-trick of wins and second this term following a dominant first-up effort in this grade when he contests the Class 3 Corum Excellent Handicap (1400m).

“We need to be careful with him but he’s in good form and I hope he can win again,” Ting said.

The 79-rater has faced numerous leg issues across his career, seemingly slowing his progress having had just the seven starts since his arrival in Hong Kong over two years ago.

Seasons Bliss, a lightly raced talent for Ting has shown ability but is still winless. In a bid to rev his charge up, Ting has applied the blinkers.

“In the mornings he seems like he isn’t concentrating, so that’s why I have applied the blinkers to him and since then he’s shown improvement, his form is not at the top right now but it’s good enough – I hope he can run well,” Ting said.

The Charm Spirit galloper has raced four times in Hong Kong, once finishing a fast-closing second when +110 favourite, defeated by just under a length.

“His fitness isn’t peaking yet but I do think it’s good enough, he does need a bit more time though,” the handler said.

Vincent Ho takes the reins this weekend from gate six against 13 others.

“Hopefully with blinkers he can settle a bit closer, not like last season where he always raced at the back of the field, so hopefully he can improve,” Ting said.