No disappointment among beaten Derby favourites 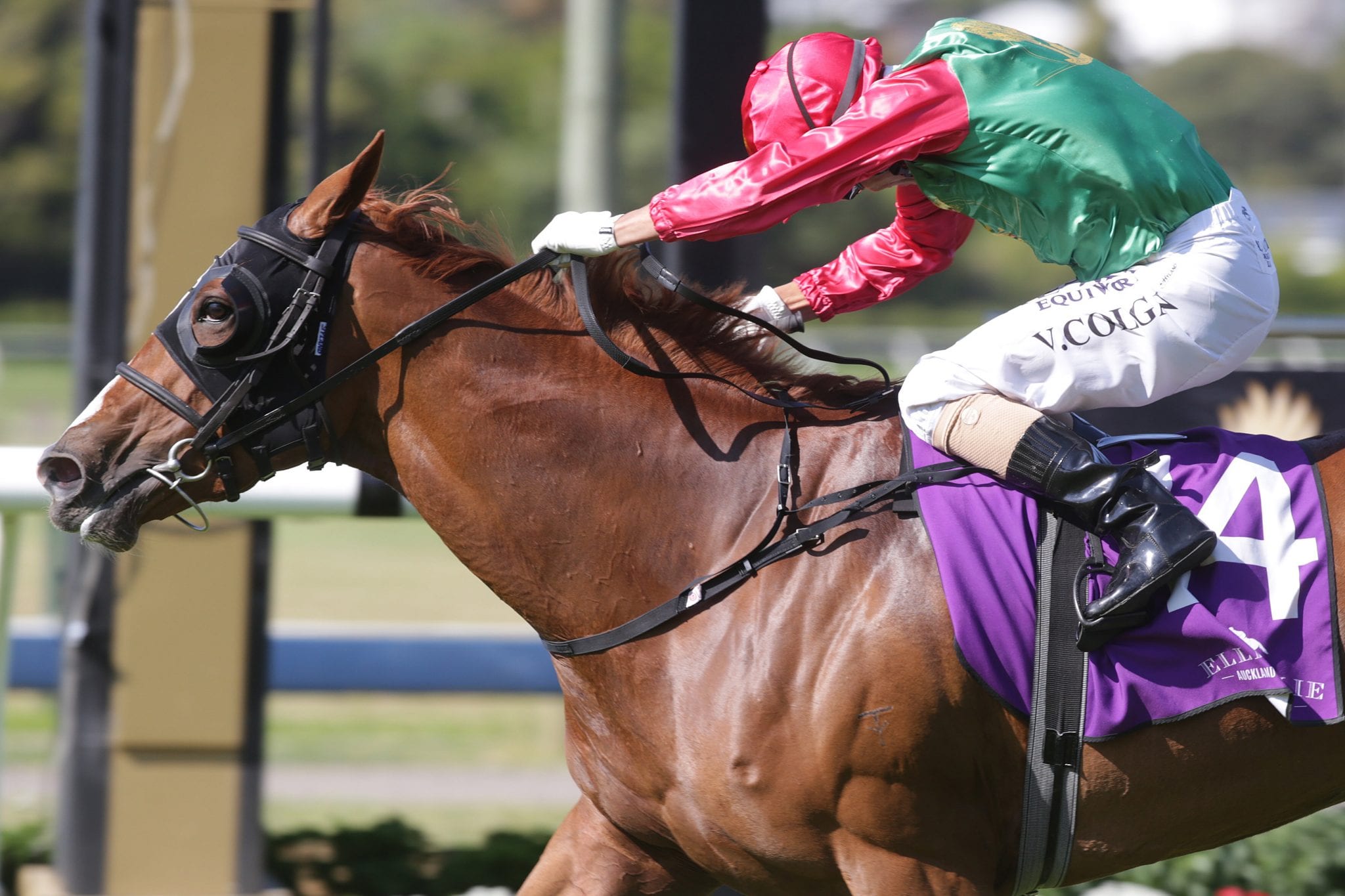 Despite being upstaged by a superb staying performance by Sherwood Forest in Saturday’s Group 1 Vodafone New Zealand Derby (2400m), the connections of beaten favourites Two Illicit and Dragon Leap were proud of their performances.

The Ellerslie classic had been billed as a two-horse showdown, and after two weeks of hype and speculation, Two Illicit started as the $2 favourite with Dragon Leap at $3.10. No other runner was in single figures.

Two Illicit was one of three runners in the race for trainers Roger James and Robert Wellwood, and remarkably, all three finished among the top six. Two Illicit swooped into contention at the top of the straight, a similar move to the one that launched her to an extraordinary seven-length win in the Group 2 Waikato Guineas (2000m) three weeks earlier. But this time she had company all the way down the straight.

Over the last 200 metres Sherwood Forest was simply too strong, pulling away to win by a length and a quarter. Two Illicit’s lightly raced stablemates Monlula and Reggiewood finished resolutely to run fifth and sixth respectively, four lengths from the winner.

“Obviously we would have loved to win the Derby, but to have three runners in the race and all of them finish in the top six is a great result,” Wellwood said on Sunday morning. “We’re stoked with that. It was a fantastic effort by the team to get those three horses to the race in such good order, and I’m really happy for all of their connections.

“Two Illicit’s run was very, very good. I’m really proud of the way she went. It was an unusually hard-run Derby (run in 2:26.77, the fastest time since 1998), and we were beaten by the stronger, tougher stayer. But she tried her heart out and stayed with him all the way to the line.

“We’ll keep an eye on her for a week or two before making any plans, and we’ll just see how she’s come through it. We could potentially look at taking her to Sydney for the Vinery (Group 1, 2000m) on March 28.

“Monlula and Reggiewood are both progressive horses. They’re probably still 12 months away, but there are no Derbies for them to target in 12 months’ time. With a bit more time and maturity, I’m sure they’ll develop into really good horses.”

Wellwood and James left Ellerslie on Saturday with a spring in their step after winning the last race on the card, the $50,000 Barfoot & Thompson 2100, with the up-and-coming London Banker. The four-year-old son of Tavistock has now won three of his last five starts.

Meanwhile, Dragon Leap’s trainers Lance O’Sullivan and Andrew Scott believe the hard-run 2400m proved to be slightly beyond the reach of the high-class son of Pierro. He finished fourth, pipped at the post for third by the fast-finishing Scorpz.

“I think it was just a little bit too far for Dragon Leap in the end,” O’Sullivan said. “He’s such a brilliant horse whose sectional times are exceptional. He’s won over 2100 metres, but I think that’s about as far as he wants to go at this stage of his career. “We’ll do nothing with him for a week before we make any decisions on what we do next. We’ll just monitor how he’s doing. He seems to have come through it pretty well, he’s eating up and looking bright, but it was a very tough run.”

O’Sullivan and Scott won two other races on Saturday’s programme, including a remarkable finish by Spring Heat to win the Group 3 Haunui Farm King’s Plate (1200m). A placegetter in the Group 1 Telegraph (1200m) earlier this year, Spring Heat races in the same Hermitage Thoroughbreds colours as Dragon Leap.

“She ran her last 600 metres in 32.85, so it was an impressive performance by a very good little mare,” O’Sullivan said. “She’s had only three runs this season. “We’re just working through a few options for her at the moment, but there’s the possibility we might look at taking her to Brisbane.”

The stable’s other winner was Voler Pour Moi who scored in an open 2200m contest.